The Laptop, “Electronic Records” and the 4th Amendment 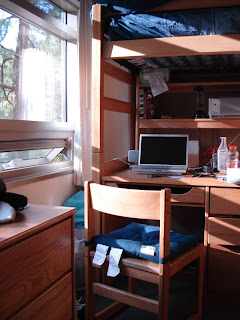 As Wikipedia explains, and as I’ve noted in earlier posts, the 4th Amendment creates a right to be free from “unreasonable” searches and seizures. As I’ve also noted, the 4th Amendment creates a default preference for warrants, which means that searches and seizures should, whenever possible, be conducted pursuant to a warrant.

And as I’ve explained in at least one prior post, simply having a warrant is not enough to ensure that an officer’s search and/or seizure is “reasonable” under the 4th Amendment. The search must also be “reasonable” in scope, i.e., it has to remain within the scope of what the warrant authorizes officers to search for.

So, if police have a warrant to search a home for two stolen large-screen TVs, they can only search (i) in places where the TVs could be (ii) until they find what they’re looking for. If they look in places where the object of the search – the TVs – could not be, like a dresser drawer, the search is unreasonable and the evidence it turned up will be suppressed. The same thing will happen if the officers keep searching after they find the two TVs the warrant authorized them to search for. Once they find what they came for, the justification for their presence and their searching has been exhausted.

[B]ased on information received from a confidential informant (`CI’), Athens–Clarke County police officers with the drug task force believed that an individual known as `Gabe’ was selling marijuana from his apartment, located at 175 International Drive in Athens. Consequently, officers had the CI make a `controlled buy’ of marijuana from Gabe at his apartment, which the officers monitored by having the CI wear a wire while also keeping him under close surveillance.

Following the successful controlled buy of marijuana from Gabe, one of the officers obtained a warrant to search his apartment. The warrant described the premises to be searched as `175 International Drive Apartment 1013 of The Reserve Apartments, Athens-Clarke County, Georgia’ and noted that the premises were `occupied by Gabriel Choi and unknown roommates.’

With regard to the focus of the search, the warrant provided:

`There is now located certain instruments, articles, person(s), or things, namely: marijuana, miscellaneous items associated with drug distribution such as packaging material, digital and hand scales, marijuana smoking devices, cash proceeds and records (both written and electronic) of illegal drug sales which is being possessed in violation of . . . [Georgia Code § 16-13-30].’

On November 20, 201, “one day after” the offices got the warrant, drug task force officers knocked

on the door of the subject apartment and were allowed entry by Henson, who was one of `Gabe’ Choi's roommates. Upon entering the apartment, the police officers smelled the odor of marijuana and observed digital scales, marijuana residue, and marijuana smoking devices.

As they began their search of the apartment, one of the officers walked into the unlocked and open bedroom that was occupied by [Daniel] Henson and noticed a laptop computer, which was open and running.

Using the computer's mouse, the officer opened the Start Menu and then clicked open the folder labeled `My Pictures.’ And as the officer began reviewing the `thumbnail’ images contained within that folder, he quickly discovered images that appeared to be child pornography.

sex crimes unit, who arrived on the scene a short while later and questioned Henson regarding the images. Shortly thereafter, officers obtained additional warrants to search Henson's computer for child pornography, and in the ensuing investigation, officers discovered hundreds of photographs and dozens of videos depicting such images.

Henson was subsequently indicted on twenty counts of the sexual exploitation of children in violation of Georgia Code § 16-12-100(b)(8). Henson v. State, supra. After he was indicted, Henson filed a motion to suppress the child pornography found on his laptop, arguing that the officer who conducted the initial search of the computer exceeded the scope of the “original warrant when he opened the `My Pictures’ folder.” Henson v. State, supra.

the trial court erred in denying his motion to suppress the evidence of child pornography found on his personal computer. Specifically, he argues that the police officer who initially searched his computer exceeded the scope of the warrant seeking evidence of illegal drug transactions when he opened the `My Pictures’ folder.

addressed the particularity requirement for warrants and held that `[a]lthough a warrant cannot leave the determination of what articles fall within its description and are to be seized entirely to the judgment and opinion of the officer executing the warrant, the degree of specificity in the description is flexible and will vary with the circumstances involved.’ Specifically, `the particularity requirement only demands that the executing officer be able to identify the property sought with reasonable certainty.’

The Court of Appeals then applied this standard and found that the trial judge did not err in denying Henson’s motion to dismiss:

Here, . . . the warrant sought a search for `marijuana, miscellaneous items associated with drug distribution such as packaging material, digital and hand scales, marijuana smoking devices, cash proceeds and records (both written and electronic) of illegal drug sales.’ And given that electronic records of illegal drug transactions are included amongst those items to be searched, the warrant permitted the search of personal computers at the subject address. Indeed, Henson does not argue on appeal that his computer was an improper target of the search.

Nevertheless, he contends that the officer's search exceeded the scope of the warrant because his computer's `My Pictures’ folder, which by its very title obviously contained photographs, is not encompassed by the term `electronic records.’ However, the ordinary signification of `record’ is “[a]n account of some fact or event preserved in writing or other permanent form . . . or “any thing . . . serving to indicate or give evidence of, or preserve the memory of, a fact or event.’

And given that a picture certainly preserves or gives evidence of a fact or event -- in many instances as efficiently as a thousand words -- Henson's claim that the term `electronic records’ does not encompass pictures or photographs lacks merit. Thus, the trial court did not err in finding that the officer's search did not exceed the scope of the warrant.

The court also noted that the officer “immediately halted his” original search for electronic records once he saw evidence of child pornography “until an additional warrant [for child pornography] was obtained.” Henson v. State, supra.

Interestingly, although the Court of Appeals found “that the officer's search of Henson’s computer was not impermissibly broad,” it also took “this opportunity . . . to remind law-enforcement officers to exercise caution when searching the contents of personal computers.” Henson v. State, supra. The court then explained that

just because an officer has the authority to search the data stored on a personal computer (such as Henson's laptop) does not mean that he has the unbridled authority to sift through all of the data stored on the computer. Instead, officers must be as specific as possible in a search warrant regarding what it is they are seeking on the computer and conduct the accompanying search, as the officer did here, in a way that avoids searching files that are not reasonably likely to contain the kinds of data identified in the warrant.

The one thing I wondered about when I read this opinion is whether the officer who searched Henson’s laptop had any reason to believe either that (i) it belonged to Choi (who was, after all, the focus of their investigation and the warrant) or (ii) belonged to Henson, who apparently was not the focus of their investigation and/or the warrant. If the officer was on notice that the laptop did not belong to Choi and/or was not used by Choi in a manner likely to have been associated with his (alleged) drug dealing, then I’m not sure I see why it was proper for him to search the laptop. I’m probably missing something, since I don’t have access to Henson’s motion to suppress or brief on appeal or the prosecution’s response to either/both.