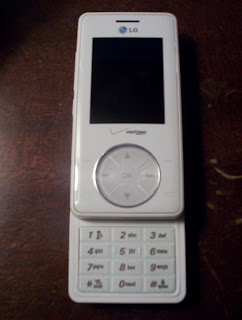 As Wikipedia explains, and as I’ve noted in earlier posts, the 4th Amendment to the U.S. Constitution creates a right to be free from “unreasonable” searches and seizures. And Wikipedia also explains and I’ve also noted in earlier posts, a “search” violates a reasonable expectation of privacy under the U.S. Supreme Court’s decision in Katz v. U.S., 389 U.S. 347 (1967).

To have a reasonable expectation of privacy in a place or thing under Katz, I must (i) believe the place/thing is “private” and (ii) society must accept my subjective belief in its privacy as objectively reasonable. As I explained in a post I did a couple of years ago, if either element is absent, then the conduct cannot constitute a 4th Amendment “search”, even if it is carried out by a law enforcement officer or other agent of the government.

And that brings me to U.S. v. Coates, 2012 WL 581459 (U.S. Court of Appeals for the 3d Circuit 2012), which involved Michael Coates’ appealing his conviction for child pornography. According to the opinion, this is how Coates came to contact the Bloomsburg Police Department at “[i]n the early morning hours” of August 13, 2008: Coates called the department “to report that he was receiving text messages from an individual threatening to kill his friend, Addison. Because Addison was located in Ohio, Coates asked the police to help him contact the Ohio authorities.” U.S. v. Coates, supra.

This is how Coates’ brief on appeal explains why he arrived at the Bloomsburg Police Department “around 4:30 a.m.” on August 13, 2008:

After making a series of unsuccessful telephone calls to out-of-state law enforcement authorities and the Bloomsburg Police Department . . . seeking police intervention to thwart an individual who was making imminent threats to kill Coates' friend, an adult female named Addison who was in . . . Indiana, Coates had gone to the Bloomsburg Police Department . . . to show them the text messages he had received on his cell phone from the threatening party, including one stating `come and pick this bitch up if you want, but you will be getting her in pieces’.

The 3d Circuit’s opinion picks up the story at that point, explaining that Coates entered

the Bloomsburg police station and met with Officer Persing, who was seated behind a plexi-glass window. Coates told Persing he had called earlier about the threatening text messages, and wanted the Bloomsburg Police Department to verify his story for the Ohio authorities. Persing asked Coates if he should look at the text messages. Coates said yes, and slid his cell phone to Persing through a slot underneath the plexi-glass window.

As Persing attempted to retrieve the text messages, he continued to converse with Coates through the window. Persing testified that he was manipulating the phone with his thumb, but was not paying attention to the phone because he was looking up at Coates. After a couple of minutes, Persing looked down at the phone and saw four images on the screen, at least one of which plainly depicted child pornography of a young girl performing oral sex on an adult male. Persing did not search the phone any further.

to an interview room and obtain a written statement about the threatening text messages. After calling his superiors, Persing entered the interview room and told Coates that they had to address the child pornography on the phone.

Persing read Coates his Miranda rights, and Coates signed a Miranda form acknowledging that he had been informed of his rights. During the subsequent interview, Coates disclosed that the female child in the image was his two-year-old daughter, and that he was the adult male. He then provided a written statement about the incident.

Law enforcement obtained a search warrant, and discovered additional child pornography stored on the phone, including twelve images and a video involving his daughter. Coates was taken into custody.

testified that the phone was in a `closed’ position when Coates gave it to him. Persing also testified that as Coates was sliding the phone through the slot, Coates told him the message would be in his `messages,’ and it `should be the first message.’ Coates testified that he gave the phone to Persing in an `open’ position, with the threatening message on the screen. Although a video of the exchange had been recorded by a lobby camera, the video was not preserved.

demonstration on Coates' cellular phone, showing the Court how [it] was manipulated in general and where text messages and pictures are located in particular. Sotack explained that the `user interface is a tactile response user interface.’ . . . Sotack further testified that if an individual was unfamiliar with Coates' type of cellular phone, it could be difficult to retrieve text messages.

And at last one other witness testified at the hearing:

Ray Colburn, an inmate who had been housed with Coates in the Columbia County Prison, . . . . testified that Coates had asked him if he knew anything about the rules of evidence for cell phones, to which he replied that he did not, and that Coates then told him that he planned to `beat it on a technicality.’ According to Colburn, Coates stated that he planned to lie and testify that the phone was open when he handed it to the officer, because the surveillance video had been lost and therefore he could not be discredited.

This is how, and why, the district court judge denied Coates’ motion to suppress:

Crediting the testimony of Persing over that of Coates, the District Court [judge] found that the cell phone had been handed over in a `closed’ position. . . . Finding that Coates `relinquished his phone to Persing without manifesting any privacy concerns,’ the [judge] concluded that Coates did not have a reasonable expectation of privacy in the phone. . . . The [judge] also concluded that Coates had consented to the search. . . . Based on these findings, the District Court denied the motion to suppress.

U.S. v. Coates, supra (quoting U.S. v. Coates, 685 F.Supp.2d 551, supra). As I’ve noted in earlier posts, consent is an exception to the 4th Amendment’s default requirement that officers get a warrant to search a place or thing, which means Persing’s examination of Coates’ phone would not have violated the 4th Amendment even if it had constituted a “search” under that amendment.

Coates pled guilty to Count Two of the indictment – the one charging him with production of child pornography by a parent – and was sentenced “to 300 months' imprisonment, to be followed by a 20–year term of supervised release.” U.S. v. Coates, supra. He then appealed his conviction to the 3d Circuit, arguing that the district court judge erred in denying his motion to suppress.

And though the cell phone was in a closed position, Coates did not instruct Persing how to navigate to the text message from the start screen, nor did he say anything during the period that Persing was attempting to access the message. Coates freely and knowingly exposed the contents of his cell phone to law enforcement, without manifesting any expectation of privacy therein, and `[w]hat a person knowingly exposes to the public . . . is not a subject of 4th Amendment protection.’

intent of sharing one specific text message is of no import. . . . By voluntarily handing his phone to the police, without any instructions on how to manipulate it, Coates `assumed the risk’ that Persing might stumble upon the incriminating images. See U.S. v. King, 604 F.3d 125 (3d Cir.2010). . . .

Moreover, that Coates did not expressly consent to the disclosure of additional content does not mean Persing exceeded the scope of the consent. The scope of consent is measured by what a `typical reasonable person [would] have understood by the exchange between the officer and the subject,’ not the speaker's subjective intent. Florida v. Jimeno, 500 U.S. 248 (1991). Coates told the police the text message existed, but did not navigate to it for Persing or instruct Persing on how to reach it. A reasonable person would have understood Coates to have given consent to navigate his phone to reach the text message, which is precisely what Persing did. Therefore, Persing's inadvertent viewing of the pornographic images, which happened to be in plain view when he looked at the phone, did not exceed the scope of that consent.

Finally, the Court of Appeals rejected Coates’ argument that it should “second guess” the district court judge’s decision to credit Persing’s testimony on the premise that it “would be difficult to inadvertently end up in the `photo’ segment of his phone while looking for a text message.” U.S. v. Coates, supra.

[T]he District Court found that Persing was unfamiliar with the LG Chocolate model, and not paying attention to the phone while he navigated through its menus. Rather, Persing conversed with Coates the entire time, and under such circumstances, the [judge] did not clearly err in crediting his testimony over that of Coates.

Posted by Susan Brenner at 9:33 AM

well nicholas what this tells the rest of america that next time you have a to deal with lieing cops to same someone. LET THEM DIE!

i found this expecially interesting

"Although a video of the exchange had been recorded by a lobby camera, the video was not preserved."

so convient for the cops for the video to DISAPPEAR. Makes it so much easier to testilie!

So what happened to his friend? Did she, in fact, get chopped up?

Stupid is as stupid does. That's what my momma always said.

Excellent blog. I will attempt to catch up on what you have written here.