The Expert, Geolocation and IP Addresses 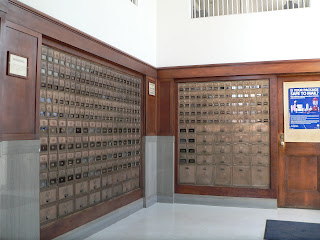 As Wikipedia explains, an expert witness is a witness who

by virtue of education, training skill, or experience, is believed to have expertise and specialised knowledge in a particular subject beyond that of the average person, sufficient that others may officially and legally rely upon the witness's specialized . . . opinion about an evidence or fact issue within the scope of his expertise, referred to as the expert opinion, as an assistance to the fact-finder.

This post examines a recent opinion from the U.S. Court of Appeals for the 11th Circuit in which the court addressed whether it was error for a federal district court judge to let an expert offer testimony as to the “geographic location of IP addresses.” U.S. v. Cray, 2012 WL 89951 (11th Cir. 2012). This, according to the opinion, is how the case arose:

The next day, March 26, at 1:42 a.m., Cray, using that IP address, accessed the Website and viewed several child pornographic movies. Shortly thereafter, BellSouth changed the IP assigned to the residence to 74.203.181.25.

Cray apparently came to the attention of “agents of the Department of Homeland Security, Immigration and Customs Enforcement, the FBI, and the Georgia Bureau of Investigation” after they used “various investigative techniques, including undercover access to [the Website]” to obtain “detailed information about the Website's subscribers and associated e-mail accounts.” U.S. v. Cray, supra. The opinion notes that they

executed a search warrant on the Website's computer server which housed the child pornography. . . . The search uncovered the weblogs maintained by the Website that detailed the activities of the subscribers: when they logged in, what they viewed and the Internet Protocol address they used to access the server.

That investigation led them to Cray, because on April 28, 2008 agents met with him

at his residence and executed a search warrant. . . . [H]e admitted to the agents that, using his Dell laptop, he had accessed the Website, knowing that it contained child pornography, and viewed the contents of its server. . . .

He said he had viewed child pornography over the Website for about four years, but was careful not to download or save the images to his computer. A forensic evaluation of Cray's laptop revealed that Cray had viewed at least 19 videos.

Cray was charged with and convicted of receiving and possessing child pornography in violation of 18 U.S. Code § 2252A and appealed. U.S. v. Cray, supra. He made several arguments on appeal, but we’re only concerned with one, which went to whether the district judge who presided over his trial correctly allowed an expert to testify as to certain matters. U.S. v. Cray, supra.

More precisely, Cray argued that the district court judge erred in allowing the

Government's expert to testify to inadmissible hearsay data relating to the geographic location of IP addresses. Cray argues that the hearsay identification of the geolocation of IP addresses based on internet databases or searches is not reasonably relied on by computer experts, and that, to the extent the district court weighed the testimony under Federal Rule of Evidence 703, the admission of this testimony was clear error.

Cray also argues that the expert's reliance on hearsay instead of producing a witness to testify as to the IP address geolocation information violated the Confrontation Clause.

(Cray’s IP geolocation argument may have pertained to another argument he made on appeal, i.e., that the district court judge erred in letting the Government expert testify that, “in his opinion, Cray personally operated his laptop to access a child pornography website while in Dover, Delaware.” U.S. v. Cray, supra. The Court of Appeals rejected that argument because it found the testimony “was not outside the scope of the expert’s expertise”. U.S. v. Cray, supra.)

The court noted that since Cray had not objected to the expert’s geolocation testimony at trial, it would review the issue “for plain error only.” U.S. v. Cray, supra. It also noted that to establish plain error, an appellant

must show that there is `(1) error, (2) that is plain, and (3) that affects substantial rights. If all three conditions are met, an appellate court may then exercise its discretion to notice a forfeited error, but only if (4) the error seriously affects the fairness, integrity, or public reputation of judicial proceedings.’ U.S. v. Swatzie, 228 F.3d 1278 (11th Cir. 2000).

The Court of Appeals initially addressed Cray’s argument that the district court erred in relying on Rule 703 of the Federal Rules of Evidence in admitting the expert’s testimony regarding geolocation of IP addresses. U.S. v. Cray, supra. It noted that Rule 703

allows experts to rely upon testimony which itself would not have been admissible if experts in the particular field would reasonably rely on those kinds of facts or data in forming an opinion on the subject. . . . Rule 703 requires a balancing inquiry, however, stating that `if the facts or data would otherwise be inadmissible, the proponent of the opinion may disclose them to the jury only if their probative value in helping the jury evaluate the opinion substantially outweighs their prejudicial effect.’

The court then found that, applying the plain error standard of review, Cray did not

cite any authority indicating that an expert's reliance on an online database or internet search to determine the geolocation of IP addresses was unreasonable. Thus, any error in admitting the expert's testimony would not be plain.

Similarly, even assuming that the district court erred in conducting the balancing test required by Rule 703 Cray does not cite any binding authority establishing that a district court abuses its discretion by admitting expert testimony relating to the geolocation of IP addresses based on searches of the type relied on here. Thus, any such error would not be plain.

The Court of Appeals then turned to Cray’s other argument, i.e., that the expert’s reliance on hearsay violated his rights under the 6th Amendment’s Confrontation Clause. U.S. v. Cray, supra. It began by explaining that under both the

Confrontation Clause and the Federal Rules of Evidence, hearsay statements are defined as oral or written assertions, or nonverbal conduct of a person if it is intended to be an assertion. . . . Where the statements in question are made by machines and not by humans, they are exempt from the purview of the Confrontation Clause. . . .

The Confrontation Clause bars the admission of hearsay evidence that is `testimonial’ unless the witness is unavailable and the defendant had a prior opportunity for cross-examination. Crawford v. Washington, 541 U.S. 36 (2004).

`Testimonial’ statements are typically `solemn declaration[s] or affirmation[s] made for the purpose of establishing or proving some fact,` and may include `material such as affidavits, custodial examinations, prior testimony that the defendant was unable to cross-examine, or similar pretrial statements that declarants would reasonably expect to be used prosecutorially.’ Crawford v. Washington, supra.

The Court of Appeals found that

[w]ith regard to Cray's Confrontation Clause argument, assuming that the search results qualify as `statements,’ Cray cites no authority indicating that such statements are `testimonial’ for Crawford purposes; thus, any such error would not be plain.

In other words, the Court of Appeals is saying that (i) the results of the computer searches the expert ran as part of the geolocation inquiry may not be “statements” for the purposes of the the Confrontation Clause but (ii) even if they are, Cray did not cite any cases or other authority supporting the proposition that the results of such searches are “testimonial” statements within the compass of the protections provided by the Confrontation Clause of the 6th Amendment.