The Traffic Stop, Consent and the Hard Drive 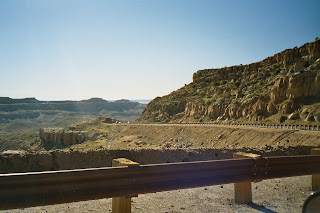 As I’ve explained in earlier posts, consent is an exception to the 4thAmendment’s default requirement that law enforcement officers obtain a valid search warrant (actually, a search and seizure warrant) before they search someone’s property and seize any evidence found on or in it.

A little more about the consent exception, and then we’ll get to the case this post is concerned with. As I’ve noted in earlier posts, since consent is a waiver of your rights, it essentially acts like a contract: My consent to a search of my property substitutes for a search warrant (i) as long as the search the officer(s) conduct stays within the scope of my consent and (ii) as long as I don’t revoke my consent.

Douglas Suing, was stopped on January 21, 2011, by Deputies of the Navajo County Sheriff's Office . . . for following another vehicle too closely while [he] was driving in northern Arizona. After running a radio check on Suing and [his] vehicle for wants and warrants, Deputy Davis issued Suing a warning citation. Davis then asked Suing for consent to search [his] vehicle. Suing agreed and signed a consent to search form Davis provided.

While searching [the] vehicle, Davis suspected [it] had hidden compartments that could conceal drugs. Davis then deployed his canine. The canine alerted to two . . . locations in Suing's vehicle. Following a telephone conversation with his supervisor, Davis transported Suing to the Sheriff's office and another deputy drove [his] vehicle to the Sheriff's office. . . . Suing was placed in an interview room without handcuffs and [his] vehicle was searched again.

During the search at the Sheriff's office, deputies found an external computer hard drive in a bag on the front passenger seat. Deputies have previously encountered drug records and photographs in external hard drives. The hard drive was given to Deputy Peterson to examine for drug-related content.

Davenport advised Suing of his Miranda rights, Suing stated he understood them, and agreed to speak with Davenport. Davenport attempted to elicit consent to a search of Suing's external hard drive. Suing refused. . . .

[S]everal times during the interview, Suing mentioned a lawyer. When Davenport asked Suing if he wanted to continue talking, Suing continued to talk. Later . . . Suing unequivocally said he wanted to speak with a lawyer, at which time Agent Davenport ended the interview.

As I noted earlier, Suing moved to suppress the evidence found on the external hard drive, arguing that the Deputies’ conduct violated the 4th Amendment. U.S. v. Suing, supra. As I’ve noted in earlier posts, the 4th Amendment creates a right to be free from “unreasonable” searches and seizures; and to be “reasonable,” a search or seizure must be conducted pursuant to a search warrant or to an exception to the warrant requirement. So, to suppress the evidence, he needed to show there was a 4th Amendment violation.

In ruling on Suing’s motion to suppress, the district court judge first found that the “traffic stop was legal”:

A traffic stop amounts to a seizure for 4th Amendment purposes. . . . A traffic stop is a reasonable seizure if it is supported by a `reasonable, articulable suspicion that criminal activity’ is occurring. [U.S. v. Frasher, 632 F.3d 450 (U.S. Court of Appeals for the 8th Circuit 2011)]. `A traffic violation, however minor, provides probable cause sufficient to satisfy the constitutional reasonableness requirement.’ Id. And when an officer has probable cause, `the stop is objectively reasonable and any ulterior motivation on the officer's part is irrelevant.’ Id. . . .

As the magistrate judge properly noted, `[c]onduct withdrawing consent must be an act clearly inconsistent with the apparent consent to search, an unambiguous statement challenging the officer's authority to conduct the search, or some combination of both.’ U.S. v. Sanders, 424 F.3d 768 (U.S. Court of Appeals for the 8th Circuit 2005).

Suing made no such act or statement until he unequivocally refused to consent to a search of his external hard drive. Suing argues he revoked his consent when he stated `whoa’ to the deputies. The court finds Suing's statement of `whoa’ was not an act clearly inconsistent with the apparent consent to search or an unambiguous statement challenging the [deputies'] authority to conduct the search.

U.S. v. Suing, supra. (Unfortunately, I can’t provide any information on when he said “whoa” or what the context was . . . which I’m assuming might be relevant here.)

Suing also argued argued that the search was outside the scope of his consent. Neither the Magistrate Judge nor the District Court judge agreed:

Suing objects to the magistrate judge's finding that the scope of his consent was not limited to drugs, drug paraphernalia, or guns, or any location where those items might be found. With respect to the scope of Suing's consent, `[a] consensual search cannot exceed the scope of consent given.’ U.S. v. Rudolph, 970 F.2d 467 (U.S. Court of Appeals for the 8th Circuit 1992).

The standard for determining the scope of consent is `that of “objective” reasonableness -- what would the typical reasonable person have understood by the exchange between the officer and the suspect?’ Florida v. Jimeno, 500 U.S. 248 (Supreme Court 1991). `The scope of a [consent] search is generally defined by its expressed object.’ Id.

The District Court judge also found that the search would not have violated the 4th Amendment even if Suing’s consent “was limited in scope to only drugs, drug paraphernalia, guns, or any location where those items might be found”. U.S. v. Suing, supra. He explained that Deputy Peterson was searching Suing’s external hard drive

for evidence of drug-related activity pursuant to Suing's consent. During that search, [he] inadvertently discovered what appeared to be images of child pornography.

The court notes Peterson did not open any of the files that appeared to be child pornography. Instead, Peterson viewed thumbnail icons of the images and immediately shut the computer down and applied for a warrant to search the hard drive for the presence of child pornography. Accordingly, the court agrees with the magistrate judge's findings in that the search warrant for the hard drive was lawful.

Why, you may wonder, is this case pending in the U.S. District Court for the District of Nebraska when the events described above happened in Arizona? Well, as far as I understand it, this is what happened: In 2009 and 2010, federal and state authorities in Nebraska were investigating Suing for possessing child pornography. U.S. v. Suing, supra. An FBI agent a local district attorney’s office both issued subpoenas trying to link him to IP addresses associated with child pornography. U.S. v. Suing, supra.

Then, Investigator Malicky of the Nebraska State Patrol “discovered Suing’s recent arrest in Arizona and contacted Agent Davenport.” U.S. v. Suing, supra. Malicky then applied “for a federal search warrant in Omaha and used details of Suing’s arrest in Arizona” in the affidavit he submitted to show probable cause for issuing the warrant. U.S. v. Suing, supra. A Nebraska U.S. Magistrate Judge issued a warrant to search Suing’s residence, it was executed and the agents seized various items; they then obtained another warrant and searched his residence again. U.S. v. Suing, supra. So I’m assuming that was the process that resulted in his being prosecuted in Nebraska.

Posted by Susan Brenner at 1:25 PM

Don't the courts get irked when the cops lie by omission? The cops stopped the car for following too close. Unless he was really tail-gating, that's pretty unusual. Was there any evidence of that, or just the officer's word? Then they wanted to search the car. Why? And they suspected drugs. Why?

Dollars to donuts, the cops thought the guy was in the drug business and stopped him on a pretext. I know that's accepted as legal, but I think they should have to say so, because it colors the whole incident.