The Burglary, the Computer and Concealing or Destroying Evidence 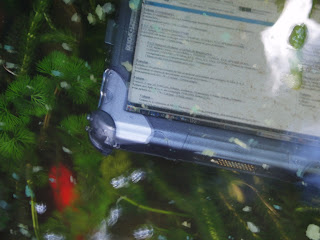 The Burglary, the Computer and Concealing or Destroying Evidence

This post examines an opinion from the California Court of Appeal – Fourth District: People v. Pineda, 2017 WL 632823 (2017). The court begins the opinion by explaining that
Defendant and appellant Juan Ivan Pineda was convicted on multiple charges arising from his burglary of an apartment, his flight from the scene and subsequent apprehension by police officers. On appeal, Pineda argues there was insufficient evidence he possessed a concealed dirk or dagger within the meaning of Penal Code section 21310. In particular, Pineda argues there was insufficient evidence that the knife found in his possession, which folded, was in a locked position at the time he was apprehended.

Pineda also argues the prosecution did not produce substantial evidence he concealed or destroyed evidence, to wit: a computer he took during the burglary and threw into San Diego Bay during his flight from police officers. Because the computer was recovered and physically intact, he argues that at most he was guilty of the lesser included offense of attempted concealment or destruction of evidence and that the jury should have been instructed on that lesser offense.
People v. Pineda, supra.
This post only examines the second issue outlined above, i.e., concealing or destroying evidence.  People v. Pineda, supra.
The opinion goes on to explain how, and why, the prosecution arose:
On June 12, 2014, Coronado Police Officer Ryan Rose responded to a call reporting a suspicious person walking across lanes of traffic on State Route 75 carrying a concealed item under his shirt. Rose spotted defendant, who matched the description of the suspect. Defendant had his hands concealed in the front of his waistband, which led Rose to believe that defendant was carrying something under his shirt. Rose stopped his patrol car and got out. When Rose asked to speak to defendant, defendant responded by walking away at a `brisk pace.’ Defendant began running towards the beach as other police officers approached the scene. Defendant temporarily escaped the pursuing officers by scaling a gate and entering the residential community of Coronado Cays.

Defendant swam to another dock in an adjacent cay, climbed the dock, and entered the backyard of a nearby home where he was found and arrested. Rose arrived at the scene while defendant was being arrested. He saw that defendant had an open pocket knife in his pocket with the blade partially protruding through the bottom half of the pocket. At trial, Rose testified that the pocket knife was in a `fixed open position.’
People v. Pineda, supra.
The opinion goes on to explain that a
harbor patrol boat arrived at the scene where defendant dropped the items into the bay. Officers asked the laborer to show them the spot where defendant dropped the items into the water. A marker was placed at the approximate site where the items were dropped, and divers recovered a laptop computer. The computer had a sticker on it identifying the victim, her address and phone number. The computer was returned to the victim, but the computer no longer worked. The victim testified that her apartment was burglarized in the morning while she was out on a walk, the same morning defendant was arrested. The tread on boots defendant was wearing on the day of his arrest resembled footprints made in the sand outside the victim's apartment.
People v. Pineda, supra.
Since this post focuses on the second issue in Pineda’s appeal, it only briefly addresses the first issue he raised on appeal. The opinion begins its analysis of this issue by explaining that
Pineda argued that the prosecution (“the People”)
failed to produce evidence the pocket knife he was carrying was a dirk or dagger within the meaning of CaliforniaPenal Code § 21310.

When a defendant challenges the sufficiency of the evidence presented at trial, the appellate court must review the record `o determine whether it contains substantial evidence—i.e., evidence that is credible and of solid value—from which a rational trier of fact could have found the defendant guilty beyond a reasonable doubt.’ (People v. Green (1980) 27 Cal.3d 1, 55.) The reviewing court must `presume in support of the judgment the existence of every fact the trier of fact reasonably could infer from the evidence. [Citation.] If the circumstances reasonably justify the trier of fact's findings, reversal of the judgment is not warranted simply because the circumstances might also reasonably be reconciled with a contrary finding.’
(People v. Lindberg (2008) 45 Cal.4th 1, 27.)
People v. Pineda, supra.
The court goes on to explain that
[s]ection 21310 bars the carrying of a concealed `dirk or dagger.’ A pocket knife qualifies as a dirk or dagger under section 21310 `only if the blade of the knife is exposed and locked into position.’ (§ 16470; accord, In re George W. (1998) 68 Cal.App.4th 1208, 1214.)  In Castillopez, the court rejected the People's argument that a folding knife on which the blade is held in an open position by friction alone and may be closed by simply exerting pressure on the blade meets the statutory definition of a dirk or dagger. `[T]he essential difference between a nonlocking folding knife and a locking folding knife has been understood to be whether the exposed knife blade is immobile, thereby preventing accidental collapse while the knife is in use. [Citation.] We presume the Legislature was aware of this usage when it enacted the present version of [section 16470] in 1997. [Citation.] It follows that when the Legislature referred to blades ‘locked into position,’ it intended to refer to knives with blades rendered immobile, as by operation of a locking mechanism, rather than knives with blades that could be collapsed simply by folding the blade back into the handle.’ (Castillopez, supra, 63 Cal.4th at p. 331 (italics added).)

In sum, there is no evidence the knife found on Pineda was a dirk or dagger within the meaning of section 21310 and his conviction of that offense must be reversed.
People v. Pineda, supra.
The Court of Appeal then took up Pineda’s conviction for “destroying or concealing evidence” in violation of California Penal Code §135. People v. Pineda, supra. The opinion begins the court’s analysis of this issue by explaining that
Section 135 provides:  `A person who, knowing that any book, paper, record, instrument in writing, digital image, video recording owned by another, or other matter or thing, is about to be produced in evidence upon a trial, inquiry, or investigation, authorized by law, willfully destroys, erases, or conceals the same, with the intent to prevent it or its content from being produced, is guilty of a misdemeanor.’

Pineda contends his conviction for destroying or concealing evidence must be reversed because his effort to destroy or conceal the laptop computer he threw into the bay was unsuccessful. In People v. Hill (1997) 58 Cal.App.4th 1078 (Hill ), the court discussed criminal destruction or concealment of evidence. In Hill, a defendant, while being pursued by police, wadded up fraudulent traveler's checks and threw them out his car window. The police officer pursuing the defendant saw him throw the checks out the window, quickly recovered them and they were produced at trial. (Id. at pp. 1089–1090.) The court reversed the defendant's conviction for destruction or concealment of evidence. (Id. at p. 1092.) The court stated: `The purpose of section 135 is to prevent the obstruction of justice. [Citation.] The plain meaning of “destroy” is to ruin something completely and thereby render it beyond restoration or use. [Citation.] ‘Under this definition, if one destroys evidence, it necessarily becomes unavailable and cannot be produced. Conversely, if, despite one's efforts, the evidence is or can be restored and used, then, by definition, it has not been destroyed; rather, such efforts constitute an attempt: a direct, but ineffectual, act toward the commission of a crime.’ (Id. at p. 1089.)
People v. Pineda, supra.
The opinion goes on to explain that
[w]ith respect to what constitutes concealment, the court in Hill stated: `The word “conceal” simply means to hide or cover something from view. [Citation.] Section 135 proscribes concealing evidence ‘about to be produced in evidence upon any trial, inquiry, or investigation.’ Given its plain meaning, ‘conceal,’ in context, does not necessarily or reasonably suggest that a defendant must render evidence permanently unseen, or as defendant submits, unavailable. Rather successful concealment of evidence from a particular investigation is sufficient. [¶] Moreover, we must view the term in context and in light of the purpose of the statute. One can obstruct the administration of justice in varying degrees and in a variety of ways. Obviously, to permanently conceal evidence is a substantial obstruction of justice. To a lesser degree is any act of concealment that interferes with, impedes, frustrates, or unnecessarily prolongs a lawful search. [¶] “For example, a thief eludes the police and buries his booty in a neighbor's backyard. Police arrive and search him and his property but find nothing. The next day, a neighbor leads them to freshly tilled earth in his yard, and they dig up the stolen property. Has the thief violated the statute or merely attempted to do so? Given the ordinary meaning of ‘conceal,’ the purpose of the statute, and its applicability to any investigation, the thief has, in our view, violated the statute: his conduct successfully hid stolen property from view during the first search of him and his property and thereby impeded, frustrated, and prolonged an investigation of the theft. [¶] `It follows from our analysis, however, that where a thief does not interfere with, impede, frustrate, or prolong a lawful investigation, for example, where a thief is interrupted while concealing evidence or where the police watch him conceal it, he has not successfully hidden the evidence or appreciably affected an investigation and thereby obstructed justice. He has merely tried to do so. Thus, his conduct constitutes an attempt to violate the statute by concealment.’ (Hill, supra, 58 Cal.App.4th at p. 1090 (italics added.)
People v. Pineda, supra.
The Court of Appeal then articulated its “holding,” its decision on this issue:
Pineda maintains his act of throwing the laptop into the bay was at best an act of attempted concealment because, like the traveler's checks in Hill, a witness observed defendant disposing of the computer and the police were quickly able to retrieve it. We disagree. Unlike the traveler's checks in Hill, which were abandoned in plain view in the midst of a police pursuit, the laptop was tossed into water deep enough for boats to navigate. Though there is nothing in the record regarding the opacity of the water, the fact that officers asked a civilian witness where the items were tossed into the ocean indicates they did not know the precise location of the computer. The marker placed over the site where the witness said the items were tossed indicates that the computer was not conspicuously visible from above the water line. In short, Pineda's attempt to conceal the computer went well beyond an attempt and in fact `impeded, frustrated and prolonged’ the investigation of the burglary.
People v. Pineda, supra.
The Court of Appeal then articulated its holding on the issues in the case:
Because we must reverse Pineda's conviction on count 2, violation of section 21310, we need not discuss Pineda's contention that the abstract of judgment with respect to count 2 is erroneous. `Under principles of double jeopardy, our reversal due to insufficiency of evidence bars retrial for the offense.’ (Hill, supra, 58 Cal.App.4th at p. 1091, fn. 11.) Thus, the trial court will, on remand, be required to resentence Pineda and, in any event, issue an amended abstract of judgment reflecting his new sentence.

DISPOSITION
Pineda's conviction on count 2, violation of section 21310, is reversed and remanded for further proceedings consistent with the views expressed in our opinion. In all other respects, the judgment of conviction is affirmed.
People v. Pineda, supra.

Posted by Susan Brenner at 9:35 AM