The Fourth Amendment, the Child Protection System and the Home Computer 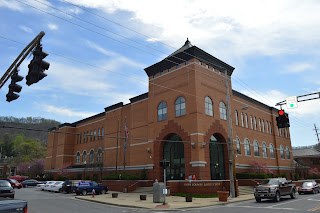 This post examines an issue that arose in the prosecution of Dr. Bret Dunning, of Dana, Kentucky.  As this news story explains, in July of 2013 Dunning was
arraigned in Floyd County Circuit Court on six counts of possession of matter portraying a sex performance by a minor. A grand jury recently indicted Dunning on the multiple counts.

Kentucky State Police arrested Dr. Dunning on April 30 and charged him with one count of possession of matter portraying a sex performance by a minor.
In the October 15, 2015 opinion this post examines, the U.S. District Court Judge who has the case is ruling on Dunning’s motion “to suppress evidence seized from his home on April 30, 2013.”  U.S. v. Dunning, 2015 WL 5999818 (U.S. District Court for the Eastern District of Kentucky 2015).  The judge is not addressing the issue for the first time:  After Dunning filed his motion to suppress, he also requested that the judge hold an “evidentiary hearing” on his motion to suppress:
The motion was referred to U.S. Magistrate Judge Edward B. Atkins for review and issuance of a Report and Recommendation pursuant to 28 U.S. Code § 636(b)(1)(B). On October 1, 2015, Magistrate Judge Atkins issued his report, recommending that Dunning's motion to suppress and that his request for an evidentiary hearing be denied. . . .  Thereafter, Dunning filed objections to the Report and Recommendation. . . .
U.S. v. Dunning, supra.
In this opinion, the District Court Judge is analyzing whether the Magistrate Judge erred in recommending that Dunning’s motion to suppress be denied. U.S. v. Dunning, supra.
The judge began by outlining the investigation that led to Dunning’s being charged with the offense cited above.  U.S. v. Dunning, supra.
`On April 29, 2013, Detective Jason Merlo of the Kentucky State Police filed with a Floyd County District Court an application and affidavit for a search warrant of a residence located at 280 Leatherwood Lane in Dana, Kentucky. . . . Detective Merlo sought items related to the storage and sharing of child pornography. The affidavit contained information gathered by Detective Merlo on April 3rd during a computer query of IP addresses in Kentucky that were recently or actively sharing child pornography accessible on a popular peer-to-peer (P2P) sharing network, eDonkey. . . .

The computer query returned IP address 74.214.188.249 as one of the most recent addresses sharing exploitative material. . . . Detective Merlo, through his training and experience, recognized several files—whose contents are uniquely identifiable through their assigned `hash values’—as containing child pornography. . . . He then subpoenaed Gearheart Communications to obtain subscriber information for the IP address that he found sharing those files between March 11 and April 3, 2013. . . .

Gearheart Communications responded to the subpoena, stating that the IP address belonged to Defendant Bret Dunning, located at the 280 Leatherwood Lane address. . . . Detective Merlo further matched the address to the Defendant by observing several vehicles parked on the premises with tags registered to the Defendant. . . .

On April 29, 2013, Detective Merlo again queried the IP address associated with the Defendant, and the P2P database displayed that the IP address was sharing 176 `notable’ files, meaning that they were consistent with known exploitative material. . . . Using this information, Detective Merlo applied for and obtained a warrant for a search of the Defendant's residence.
U.S. v. Dunning, supra.
The first argument Dunning made in his motion to suppress was that “his Fourth Amendment rights were violated when, prior to obtaining a search warrant, Detective Merlo conducted a search of the defendant's home computer using the Child Protection System (`CPS’), a computer database only available to law enforcement.”  U.S. v. Dunning, supra.  The judge began his analysis of that issue by explaining that
Detective Merlo's affidavit explained that he identified Dunning as a suspect by accessing a `law enforcement database’ that analyzes information from a public, peer-to-peer file sharing network. . . . Because, however, the public does not have access to this law enforcement database, Dunning contends that its use constituted an impermissible warrantless search of his home. . . . In his report, Magistrate Judge Atkins concluded that the question of whether the database was available to the public was irrelevant because Dunning did not have a reasonable expectation of privacy in `publicly available content’ shared over the P2P eDonkey network. . . . The undersigned agrees with Magistrate Judge Atkins' conclusion regarding this issue.
U.S. v. Dunning, supra.
The District Court Judge went on to explain that a
`Fourth Amendment search occurs when the government violates a subjective expectation of privacy that society recognizes as reasonable.’ Kyllo v. U.S., 533 U.S. 27 (2001). In Kyllo, law enforcement utilized thermal imaging technology without a warrant to detect high-intensity lamps used for marijuana growth in the defendant's home. . . The Supreme Court ultimately concluded, `[w]here, as here, the Government uses a device that is not in general public use, to explore details of the home that would previously have been unknowable without physical intrusion, the surveillance is a ‘search’ and is presumptively unreasonable without a warrant.’ . . .

But this case is distinguishable from Kyllo. Even though the database used to obtain the information is not publicly available, the same conclusion cannot be reached regarding the information itself. Because the peer-to-peer network allows users to share information with anyone who joins it, no one user can have a reasonable expectation of privacy in the information he receives or transmits over the network. Thus, the allegedly pornographic images on Dunning's home computer were not `unknowable without physical intrusion’ into his home. Anyone who joined the eDonkey network would have access to the same information.
U.S. v. Dunning, supra.
The judge also noted that Magistrate Judge Atkins cited
a host of cases where other courts reached this same conclusion when confronted with similar facts and arguments. See U.S. v. Dodson, 960 F. Supp. 2d 689 (U.S. District Court for the Western District of Texas 2013) (use of CPS software to view content on the eDonkey network was not a `search’ for Fourth Amendment purposes); U.S. v. Feldman, 2014 WL 7653617 (U.S. District Court for the Eastern District of Wisconsin 2014) (law enforcement utilized the database `not to peer into a suspect's home, as was the case in Kyllo, but to monitor Feldman's activities on a public peer-to-peer network, a space where Feldman had no reasonable expectation of privacy’); U.S. v. Dennis, 2014 WL 1908734 (U.S. District Court for the Northern District of Georgia 2014) (`So, even if CPS does collect information, it collects publicly available information, which does not run afoul of the Fourth Amendment’).

Even the unpublished opinion that Dunning attached reached the same conclusion. In Louisiana v. Daigle, No. KAT 11-1209 (U.S. Court of Appeals for the 3rd Circuit May 2, 2012), the Third Circuit observed that other federal courts `have determined that defendants have no Fourth Amendment privacy rights in computer files that they have shared on file sharing networks.’  The Daigle Court also cites a number of published decisions from other circuits reaching the same conclusion. Conversely, Dunning has cited no authority that supports his contention that Detective Merlo's use of the database was impermissible under the Fourth Amendment. But in light of the abundance of case law holding otherwise, Dunning's warrantless search argument fails.
U.S. v. Dunning, supra.
The Judge then took up the second argument Dunning made in his motion to suppress, which was that the affidavit used to establish probable cause for the search warrant Detective Merlo obtained to search Dunning’s home computer did not contain information sufficient to establish probable cause to search the computer.  U.S. v. Dunning, supra.
As this site explains,
police officers obtain warrants by providing a judge or magistrate with information that the officers have gathered. Usually, the police provide the information in the form of written statements under oath, called affidavits, which report either their own observations or those of private citizens or police undercover informants. In many areas, a judicial officer is available 24 hours a day to issue warrants.

A magistrate who believes that an affidavit establishes `probable cause’ to conduct a search will issue a warrant. . . . The suspect, who may be connected with the place to be searched, is not present when the warrant is issued and therefore cannot contest whether there is probable cause before the magistrate signs the warrant. However, the suspect can later challenge the validity of the warrant with a pretrial motion.
Getting back to the opinion, the District Court Judge explained that
Magistrate Judge Atkins found that Detective Merlo's affidavit demonstrated that probable cause did exist for issuance of the warrant. Again, the undersigned agrees with Magistrate Judge Atkins' conclusion.

When making probable cause determinations, the Fourth Amendment requires the issuing judge to consider `whether, given all the circumstances set forth in the affidavit before him . . . there is a fair probability that contraband or evidence of a crime will be found in a particular case.’ U.S. v. Terry, 522 F.3d 645 (U.S. Court of Appeals for the 6th Circuit 2008) (quoting Illinois v. Gates, 462 U.S. 213 (1983)). When reviewing the issuing judge's decision, a court should also consider the totality of the circumstances. Illinois v. Gates, supra. But the reviewing court should give `great deference’ to the issuing judge's probable cause determination. U.S. v. Brown, 732 F.3d 569 (U.S. Court of Appeals for the 6th Circuit 2013).

The CPS manual, which Dunning attached to his motion as Exhibit B, also describes hash values as `more accurate than DNA.’ . . . In U.S. v. Cartier, supra, the Eighth Circuit held in a similar case that hash values alone, without observation of actual images, represented sufficient evidence for the issuance of a warrant. The Fourth Amendment allows judges to issue warrants when `it is fairly probable, not certain, that the contraband will be found at the place to be searched.’ U.S. v. Cartier, supra.
U.S. v. Dunning, supra.
And, finally, Dunning claimed the affidavit
was deficient because it failed to name the law enforcement database used and the procedure for proper use of the database. . . . And he contends that the database was used improperly. However, the name of the database was not necessary to establish probable cause. Further, the name of the database, `The Child Protection System,’ has now been provided to Dunning along with the manual for its operation that Dunning attached to his motion. Dunning has offered no proof that Detective Merlo abused CPS or violated any procedures required for its use.
U.S. v. Dunning, supra.
For these and other reasons, the District Court Judge adopted the Magistrate Judge’s Report and Recommendation and therefore denied Dunning’s motion to suppress. U.S. v. Dunning, supra.

Posted by Susan Brenner at 3:41 PM