Child Pornography, Morpheus and the Virus 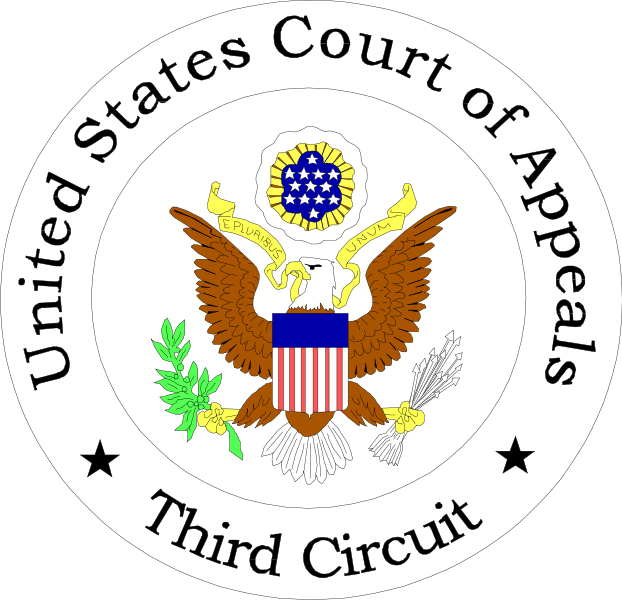 In March of 2012, Thaddeus Vaskas was “arrested and charged with one count of possessing child pornography, in violation of 18 U.S. Code § 2252(a)(4)(B)”. U.S. v. Vaskas, 2015 WL 268143 (U.S. Court of Appeals for the 3rd Circuit 2015).
According to an earlier opinion issued by the U.S. District Court for the Eastern District of Pennsylvania, in October of 2007 Department of Homeland Security agents obtained a warrant to search Vaskas’ residence.  U.S. v. Vaskas, 2012 WL 3731824 (2012).  The agent who applied for the warrant submitted an affidavit as part of establishing probable cause for the issuance of the warrant in which, among other things, she described an
investigation into a commercial website labeled illegal.CP which offers thousands of images and videos of child pornography through paid subscriptions. Through this investigation, government agents identified the internet protocol (`IP’) addresses and personal information of individuals who purchased these subscriptions. According to the affidavit, Vaskas purchased such a subscription to the website for $79.99 on or about March 26, 2006, some nineteen months prior to the application for the search warrant.

The address, email account, and credit card used to purchase the subscription allegedly matched those belonging to Vaskas. The affidavit is silent as to whether the IP address of Vaskas' computer actually accessed the website. The affidavit also referenced the 2000 federal felony conviction of Vaskas for possession of child pornography. . . .
U.S. v. Vaskas (2012), supra.
As the District Court Judge went on to explain, on November 1, 2007,
at approximately 8:55 a.m., federal agents executed the search warrant on the residence in in Bethlehem, Pennsylvania that Vaskas shared with his wife and her teenage son. Upon entering the property, agents informed Vaskas that he was not under arrest but provided him with Miranda warnings. . . .  Vaskas replied that he would like to speak with an attorney. Nonetheless, Vaskas thereafter made several statements to agents during the course of the search. In particular, Vaskas asked the agents if he could inspect the computer immediately and stated that he used the computer for school. He also informed agents that there was nothing on the computer and that he viewed pornographic images of adult women only. Vaskas admitted he had viewed a file on his computer called `Little Lupe/Lil Lupe,’ which he described as a pornographic video of a twenty-year-old woman.

Agents seized from Vaskas a laptop, a homemade desktop computer, several compact discs, DVDs, a memory card, a thumb drive, a floppy disk, a digital camera, VHCS tapes, and miscellaneous documents. According to the government, forensic examination of the laptop revealed hundreds of images of child pornography in temporary internet folders and in unallocated space on the hard drive. In addition, several images and videos of child pornography were allegedly uncovered in folders associated with Morpheus, a peer-to-peer file sharing program.
U.S. v. Vaskas (2012), supra.
After he was initially charged, Vaskas moved to dismiss the indictment, arguing that,
based on a report by computer forensics expert Tami Loehrs, the content could have been downloaded without his knowledge. Accordingly, the damning evidence on his computer was not proof that he knowingly possessed child pornography.
U.S. v. Vaskas, supra.
A federal grand jury then issued a superseding indictment that charged Vaskas with
three counts of possessing child pornography, in violation of 18 U.S. Code § 2252(a)(4)(B), and one count of receiving it, in violation of 18 U.S. Code § 2252(a)(2). Vaskas ultimately pleaded guilty to one count of possession. During his guilty plea hearing, Vaskas stated under oath that he understood he was being charged with one count of knowingly possessing child pornography, and he accepted the Government's recitation of the facts.`Mr. Vaskas, are you pleading guilty here today because you are, in fact, guilty as charged?’ the Court asked. `Yes,’ Vaskas responded.
U.S. v. Vaskas, supra.
Then, after the federal Probation Office
prepared a Pre–Sentence Investigation Report but before sentencing, Vaskas decided to withdraw his guilty plea. His lawyer then filed a motion to withdraw as counsel, believing withdrawal of the plea was not in his client's best interest. The District Court granted counsel's motion and appointed new counsel, at which point Vaskas proceeded to file a formal motion to withdraw his plea. The Court held a hearing on Vaskas' motion, during which Vaskas testified that, at the time of the guilty plea, he was aware that Loehrs was conducting a supplemental investigation into whether a computer virus could have put illicit images on his computer, but had not seen the actual report until after his plea.

Vaskas said his first lawyer had not shared the report with him and fired Loehrs without consulting him.`[D]uring the time I pled guilty,’ Vaskas stated, `I asked about the [second] report. I was led to believe it didn't even exist. . . . And, my lawyer was giving me misleading information by saying that I had no chance to win in the trial, and that his best advice for me was to take the plea.’ . . . Vaskas said the second report clearly showed a virus had put the images on his computer and that he would not have pleaded guilty had he seen that report. Nevertheless, Vaskas declined to introduce the second report into evidence.
U.S. v. Vaskas, supra.
The District Court Judge
denied Vaskas' motion to withdraw his plea. Judge Bartle noted that Vaskas had looked him `in the eye’ and said he was guilty and that he had failed to show `fair and just reason’ to withdraw his plea now. . . . The Court sentenced Vaskas to 168 months' imprisonment and 15 years of supervised release.
U.S. v. Vaskas, supra.
The Court of Appeals then explained that a guilty plea cannot be
withdrawn `on a lark,’ U.S. v. Hyde, 520 U.S. 670 (U.S. Supreme Court 1997), and the defendant bears the `substantial’ burden of showing `fair and just reason’ for the withdrawal, U.S. v. Jones, 336 F.3d 245 (U.S. Court of Appeals for the 3d Circuit 2003); see Fed.R.Crim.P.11(d). We have made clear that `[a] shift in defense tactics, a change of mind, or the fear of punishment are not adequate reasons to impose on the government the expense, difficulty, and risk of trying a defendant who has already acknowledged his guilt by pleading guilty.’ U.S. v. Brown, 250 F.3d 811 (U.S. Court of Appeals for the 3d Circuit 2001) (quoting U.S. v. Jones, 979 F.2d 317 (U.S. Court of Appeals for the 3d Circuit 1992)).

In evaluating a motion to withdraw a guilty plea, we consider (1) whether the defendant asserted his innocence; (2) whether the government would be prejudiced by the withdrawal; and (3) the strength of the defendant's reasons for wanting to withdraw. U.S. v. Brown, supra. . . . For the first factor, `[b]ald assertions of innocence’ are not  enough, U.S. v. Brown, supra; they must be `buttressed by facts in the record,’ U.S. v. Brown, supra (quoting U.S. v. Salgado–Ocampo, 159 F.3d 322 (U.S. Court of Appeals for the 7th Circuit 1998)). In addition, the defendant must provide sufficient explanation for why he took a contradictory position at his guilty plea hearing. U.S. v. Jones, supra.
U.S. v. Vaskas, supra.
The court went on to explain that Vaskas
claims the District Court abused its discretion in denying his motion to withdraw his guilty plea. He asserts that his first lawyer failed to inform him of a potentially exculpatory expert report, and that he pleaded guilty only because he thought that he had no means of verifying his innocence.

But now, he says, he can proclaim his innocence based on an expert report he received after the plea that `allowed for the possibility’ that the illicit content on his computer had been downloaded via virus, without his knowledge or consent. . . . Vaskas argues that the second report provides a `key piece of information’ supporting his innocence, which requires us to vacate his guilty plea and remand his case for trial. . . .
U.S. v. Vaskas, supra.
The Court of Appeals was not persuaded, explaining that
[w]e decline to do so. First, Vaskas failed to make a sufficient assertion of innocence. At his guilty plea hearing, Vaskas stated under oath that he knowingly possessed child pornography on his computer in violation of § 2252(a)(4)(B). . . . Now, Vaskas says he would not have pleaded guilty had he known about another report that `allowed for the possibility’ that a virus had put the content on his computer. This is not a profession of innocence. Instead, Vaskas is claiming that he would have gone to trial had he known about the report because he might have been acquitted based on its findings. In essence, Vaskas is saying that he misjudged his prospects at trial. And our caselaw makes clear that this is not sufficient to warrant withdrawal of a guilty plea. plea. See U.S. v. Jones, supra; U.S. v. Brown, supra.

Second, Vaskas failed to sufficiently explain why he took two contradictory positions under oath. . . . During his plea colloquy, Vaskas admitted that he knew he possessed child pornography. If anything, the new evidence shows there might be some other reason why the material showed up on his computer. It does not, however, explain why he previously testified that he knew he possessed that same material.
U.S. v. Vaskas, supra (emphasis in the original).
The 3rd Circuit therefore held that the District Court Judge did not “abuse [his] discretion in denying Vaskas’ motion to withdraw his guilty plea” and affirmed the District Court’s order to that effect.  U.S. v. Vaskas, supra.
I do not know if it could have been an option, but if Vaskas had entered an Alford plea, rather than a plea of guilty, he might have been able to withdraw it.
I am not saying that he should have entered an Alford plea, because the availability and practicality of such a plea depends on many factors, so it may not have been an option.  As the U.S. Department of Justice's Manual for U.S. Attorneys notes, federal prosecutors cannot consent to the entry of an Alford plea "except in the most unusual of circumstances and only after recommendation for doing so has been approved by the Assistant Attorney General responsible for the subject matter or by the Associate Attorney General, the Deputy Attorney General, or the Attorney General."
And, after some quick research, I was unable to find any definitive information on how easy it is to withdraw an Alford plea. So, even if it was an option, it might not have changed anything.