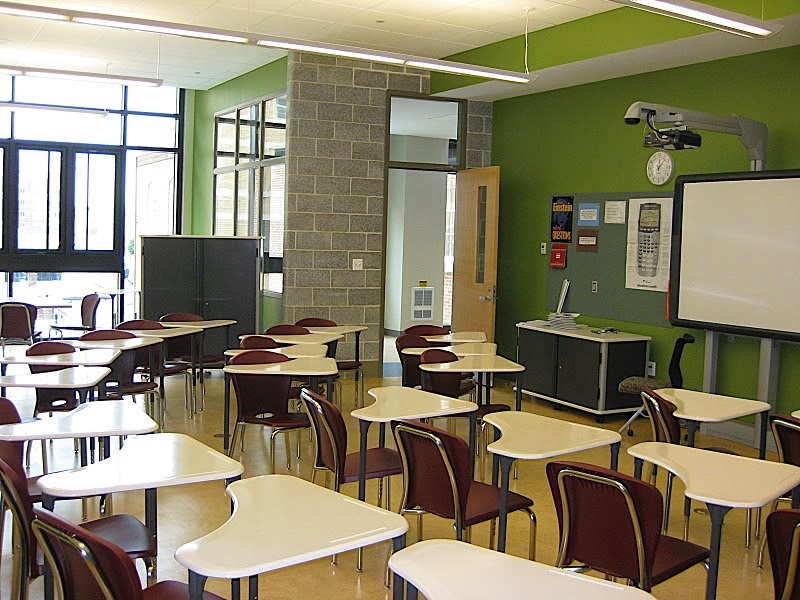 This post examines a recent opinion the Court of Appeals of Georgia issued in a civil case:  Boston v. Athearn, 2014 WL 5068649 (2013).  As the court explains,
Alexandria Boston (`Alex’), a minor, through her parents Amy and Christopher Boston, brought this action in the Superior Court of Cobb County against Dustin Athearn, a minor, his parents, Sandra and Michael Athearn, and other defendants.
Boston v. Athearn, supra.
In their suit, the Bostons claimed “Dustin defamed Alex” and that his actions also “constituted intentional infliction of emotional distress.” Boston v. Athearn, supra.  The defendants – “`the Athearns’” – “moved for summary judgment”, the trial judge granted their motion, which effectively ended the lawsuit and the Bostons then appealed that ruling.  Boston v. Athearn, supra.
The Athearns filed their motion for summary judgment under Georgia Code of Civil Practice § 9-11-56(c).  As Wikipedia explains, a judge can grant a motion for summary judgment only if he/she finds that

there are no disputes of `material’ fact requiring a trial to resolve, andin applying the law to the undisputed facts, one party is clearly entitled to judgment.Summary judgment lets courts dismiss lawsuits when the facts alleged would not, even if proven by a preponderance of the evidence, justify a verdict in the plaintiffs’ behalf.

early May 2011, Dustin, who was 13 years old, and his friend, Melissa Snodgrass, agreed to have some fun at a classmate's expense by creating a fake Facebook page for that person. Dustin selected Alex, a fellow seventh-grader, as their target, and Melissa agreed. Melissa, posing as Alex, created a Yahoo e-mail account to use to create a new Facebook account, and gave that information to Dustin.

On May 4, using a computer supplied by his parents for his use and the family Internet account, Dustin posed as Alex to create a new Facebook account, using the Yahoo e-mail address and the password Melissa supplied. For the profile photo, Dustin used a photo that he had taken of Alex at school, after altering it with a `Fat Face’ application.

After Dustin created the account, both Dustin and Melissa added information to the unauthorized profile, which indicated, inter alia, racist viewpoints and a homosexual orientation. Dustin and Melissa also caused the persona to issue invitations to become Facebook `Friends’ to many of Alex's classmates, teachers, and extended family members.

Within a day or two, the account was connected as Facebook `Friends’ to over 70 other Facebook users. Dustin and Melissa continued to add information to the persona's profile and caused the account to post status updates and comments on other users' pages. Some of these postings were graphically sexual, racist or otherwise offensive and some falsely stated that Alex was on a medication regimen for mental health disorders and that she took illegal drugs.

Alex soon suspected that Dustin was involved, because she recognized the profile photo as one he had taken at school. Alex's parents, Amy and Christopher Boston, approached the school's principal, Cathy Wentworth, for help. On May 10, 2011, Wentworth called Dustin and Melissa to her office; they admitted their involvement, and each signed a written statement.

Wentworth assigned them to in-school suspension for two days for their harassment of Alex. She called their parents and also sent home a `Middle School Administrative Referral Form’ to explain the disciplinary action. The Referral Form included the following `Description of Infraction: [Dustin] created a false Facebook page in another student's name, pretended to be that person, and electronically distributed false, profane, and ethnically offensive information.’

Dustin's mother, Sandra Athearn, reviewed and signed the Referral Form the same day, May 10, 2011, and discussed the incident with her husband, Michael. The Athearns disciplined Dustin by forbidding him for one week from seeing his friends after school. The unauthorized profile and page remained accessible to Facebook users until Facebook officials deactivated the account on April 21, 2012, not long after the Bostons filed their lawsuit on April 3, 2012.

During the 11 months the unauthorized profile and page could be viewed, the Athearns made no attempt to view the unauthorized page, and they took no action to determine the content of the false, profane, and ethnically offensive information that Dustin was charged with electronically distributing. They did not attempt to learn to whom Dustin had distributed the false and offensive information or whether the distribution was ongoing. They did not tell Dustin to delete the page.

Furthermore, they made no attempt to determine whether the false and offensive information Dustin was charged with distributing could be corrected, deleted, or retracted.
Boston v. Athearn, supra.
The court then took up the issues in the case, that, on appeal, the Bostons “contend there are questions of material fact regarding whether the Athearns were negligent in failing to compel Dustin to remove the Facebook page once they were notified of its existence and, therefore, that the trial court erred in granting the Athearns' motion for summary judgment on Alex's claims.”  Boston v. Athearn, supra.  It also noted that, under Georgia law,
liability for the tort of a minor child is not imputed to the child's parents merely on the basis of the parent-child relationship. Parents may be held directly liable, however, for their own negligence in failing to supervise or control their child with regard to conduct which poses an unreasonable risk of harming others.
Boston v. Athearn, supra.
The Court of Appeals then took up the issues in the case, explaining, initially, that when
liability is based on parents' alleged failure to supervise or control their child, a key question is the foreseeability of the harm suffered by the plaintiff, that is, whether the parents had knowledge of facts from which they should have reasonably anticipated that harm to another would result unless they controlled their child's conduct. Hill v. Morrison, 160 Ga. App. 151, 286 S.E.2d 467 (Georgia Court of Appeals 1981) (`[T]he true test of parental negligence vel non is whether in the exercise of ordinary care he should have anticipated that harm would result from the unsupervised activities of the child and whether, if so, he exercised the proper degree of care to guard against this result’). . . .

The level of care that is due necessarily depends on the circumstances, which may involve an inherently dangerous instrumentality, a commonly-available object that only becomes dangerous if it is intentionally used to cause harm or is handled in an improper and dangerous manner, or no instrumentality at all.

Whether parents failed to use ordinary care in supervising or controlling their child is generally a question for the jury when the circumstances support an inference that the parents were on notice that, absent their intervention, injury was likely to result from the child's conduct.
Boston v. Athearn, supra.
The court then applied these standards to the facts in this case, explaining that
it is undisputed that Dustin used a computer and access to an Internet account improperly, in a way likely to cause harm, and with malicious intent. The Athearns contend they had no reason to anticipate that Dustin would engage in that conduct until after he had done so, when they received notice from the school that he had been disciplined for creating the unauthorized Facebook profile. Based on this, they contend they cannot be held liable for negligently supervising Dustin's use of the computer and Internet account.

The Athearns' argument does not take into account that, as Dustin's parents, they continued to be responsible for supervising Dustin's use of the computer and Internet after learning that he had created the unauthorized Facebook profile. While it may be true that Alex was harmed, and the tort of defamation had accrued, when even one person viewed the false and offensive postings, it does not follow that the Athearns' parental duty of reasonable supervision ended with the first publication.

Given the nature of libel, the original tortious conduct may continue to unfold as the false and injurious communication is published to additional readers or the defamatory content persists in a public forum without public correction or retraction. With regard to the instant action, we conclude that a reasonable jury could find that, after learning on May 10, 2011, of Dustin's recent misconduct in the use of the computer and Internet account, the Athearns failed to exercise due care in supervising and controlling such activity going forward.

Given that the false and offensive statements remained on display, and continued to reach readers, for an additional eleven months, we conclude that a jury could find that the Athearns' negligence proximately caused some part of the injury Alex sustained from Dustin's actions (and inactions). Accordingly, the trial court erred in granting the Athearns' motion for summary judgment in part.
Boston v. Athearn, supra (emphasis in the original).
The Court of Appeals went on to note that the Bostons argued that
`[i]n addition to their legal duty as parents, the [Athearns] had a duty as landowners to remove the defamatory content that existed on their property[,]’ citing the dissenting opinion of Presiding Judge Quillian in Southern Bell Telephone & Telegraph v. Coastal Transmission Svc., 167 Ga. App. 611, 307 S.E.2d 83 (Georgia Court of Appeals 1983).

In that case, Presiding Judge Quillian cited with approval Restatement (Second) of Torts § 577(2) (1977, updated June 2014), which provides that `[o]ne who intentionally and unreasonably fails to remove defamatory matter that he knows to be exhibited on land or chattels in his possession or under his control is subject to liability for its continued publication.’ Further, `when, by measures not unduly difficult or onerous, he may easily remove the defamation, he may be found liable if he intentionally fails to remove it.’ Id., Comment p. See Southern Bell Telephone & Telegraph v. Coastal Transmission Svc., supra, Presiding Judge Quillian, dissenting.
The gist of this provision of the Restatement is that
`passing on defamatory matter, i.e., republication, is publication for purposes of liability. Thus, except as to those who only deliver or transmit defamation published by a third person, one who repeats or otherwise republishes defamatory matter is subject to liability as if he had originally published it.’

(Punctuation and footnotes omitted.) Malla Pollack, `Litigating Defamation Claims,’ 128 Am. Jur. Trials 1 (2013, updated May 2014). Georgia defamation law embraces this principle regarding republication. . . .
Boston v. Athearn, supra.
The Court of Appeals then found that
[s]etting aside the novel and abstract questions the Bostons' argument raises regarding where Internet content is `exhibited,’ the Bostons failed to identify any evidence that, apart from exercising their parental power to control Dustin's conduct, they had the ability to remove the defamation.

The only evidence on the subject in the record is that, when the Bostons contacted Facebook, company officials responded that only the user who signed up for the password-protected account had the authority to remove the page from the forum.

There is no evidence that the Athearns unilaterally had the ability to take down the unauthorized Facebook page by virtue of the fact that it was created on a computer in their home, because it was created using an Internet service they paid for, or otherwise. See Mullinax v. Miller, 242 Ga. App. 811,, 531 S.E.2d 390 (Georgia Court of Appeals 2000) (In the context of our libel laws, `[p]ublication entails the ability to control the libel.’) (citations and punctuation omitted; emphasis in original).

Because there is no evidence supporting this theory of recovery, the trial court did not err in granting the Athearns' motion for summary judgment in part.
Boston v. Athearn, supra (emphasis in the original).
If you are interested in more information about the case, check out the news stories you can find here, here and here.  The story you can find here says Melissa Snodgrass and her father did not respond to the suit, “and thus were found in default.”  If you are interested, Wikipedia explains what a default judgment is.
Posted by Susan Brenner at 8:41 AM