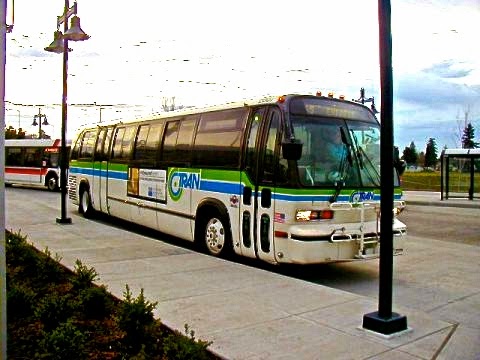 According to the Court of Appeals’ opinion, this is how the prosecution arose:

On May 4, 2010, Officer Miller was working undercover as a decoy on a prostitution sting in Portland. While Miller was at a bus stop, Foster and her passenger, [Causey], drove up to Miller and asked her if she needed a ride.
Miller recorded the conversation that ensued between Miller, Foster, and [Causey]. Based on her training and experience, Miller concluded [Causey] was trying to recruit her to work as a prostitute.
Miller contacted officers Hertzler and Kula, who were also in the area, and they subsequently arrested [Causey] on the charge of promoting prostitution. During the arrest, Hertzler seized a cell phone from [Causey’s] pocket. Kula also seized two cell phones from the vehicle Foster was driving, one of which he later determined belonged to Foster.
After obtaining a search warrant, Kula searched all three phones. He discovered a series of text messages between [Causey] and Foster, as well as text messages between [Causey] and a second woman and pictures of women in suggestive poses. The pictures led Kula to an escort service website which contained pictures of Foster in suggestive poses.

State v. Causey, supra.
At Causey’s trial, the prosecution “introduced the following text-message exchanges between [him] and Foster”.  State v. Causey, supra.
March 10, 2010
Foster: `I'm at Chestnut Tree Hotel, Room 16. Call when done[.]’
[Causey]: `Gotcha, Mama.’
Foster: `This guy's late. How long should I wait for this guy before I give up?’
[Causey]: `Chill at the bar for about 15 minutes. Then give him a call. Have a drink or two.’
Foster: `We never exchanged numbers. We've only been talking through email here and there. I just ordered a shot. If he's not here by 1:30, I'll call you. If you're at your mom's maybe try checking my email and seeing if he sent me anything.’
Foster: `He just got here. I'll call you.’
[Causey]: “Run him for that.”
Foster (approximately 30 minutes later): `I'm ready to go in five minutes.’

May 2–3, 2010
Foster (after informing [Causey] she is in room 235): `He's here.’
Foster (early the next morning): `I can go if you're ready to [come] get me. I'm about to get dressed now.’
State v. Causey, supra.  At the trial, “Kula testified that he believed that the content of the text messages clearly showed a pimp/prostitute relationship.” State v. Causey, supra.
On appeal, Causey argued, among other things, that the trial judge erred in admitting “text messages from two women that were recovered from [his] cell phone" because they were hearsay. State v. Causey, supra.
According to Causey, “the admission of the text messages violated [his] confrontation rights under Article I, section 11, of the Oregon Constitution.”  State v. Causey, supra.  The Court of Appeals noted that, “[u]nder the usual paradigm,” it would first consider Causey’s “constitutional claims only if it is necessary to do so”.  State v. Causey, supra.
The Court of Appeals began its analysis of Causey’s first argument by explaining that
[OregonEvidence Code] 801(3) states, ‘”Hearsay” is a statement, other than one made by the declarant while testifying at the trial or hearing, offered in evidence to prove the truth of the matter asserted.”’ The reason for the statutory exclusion is that hearsay statements are generally considered to be untrustworthy. State v. Cazares–Mendea/Reyes- Sanchez, 350 Or 491, 256 P3d 104 (Oregon Supreme Court 2011).

As noted above, the state's argument is that the text messages from Foster were admissible because they were not offered by the state for the truth of the matter asserted but instead offered only to prove that [Causey] had knowledge of Foster's prostitution activities.
State v. Causey, supra.
The Court of Appeals rejected the prosecution’s
argument for the following reasons. Although the text messages may have indicated that [Causey] had knowledge of Foster's activities, in order for him to have that knowledge, the content of those text messages had to be true. Although the state did not need to prove that Foster was at a particular time and place charging a man $500 for her services, the state did need to prove that Foster was meeting a man for sex in exchange for money.

In fact, the judge commented that the state `had to prove an enterprise, don't they?’ More importantly, in order for the jury to accept Kula's opinion and make a similar inference, the jury had to accept the truthfulness of the content of the text messages.
State v. Causey, supra.
The Court of Appeals therefore held that
[b]ecause the text messages were out-of-court statements and their relevance depended on the truth of the content of the messages, the messages were hearsay and not admissible. The trial court erred in admitting the text messages, and that error requires that we reverse and remand for a new trial.
State v. Causey, supra.  In two footnotes appended, respectively to each of the above sentences, the Court of Appeals noted, first, that the prosecution did “not argue that the text messages were admissible under any exception to the rule against hearsay.”  State v. Causey, supra.  You can, if you are interested, find a summary of the exceptions in this Wikipedia entry.
In the second footnote, the court explained that the prosecution did “not argue that the admission of the text messages was harmless error."  State v. Causey, supra.  In other words, as Wikipedia explains, the prosecution did not argue that the error in admitting the text messages did not, or cannot conclusively be determined not to have, influenced the outcome of the case, perhaps because that simply was not true.
If you are interested, you can read a little more about the facts in the case in the news stories you can find here and here.