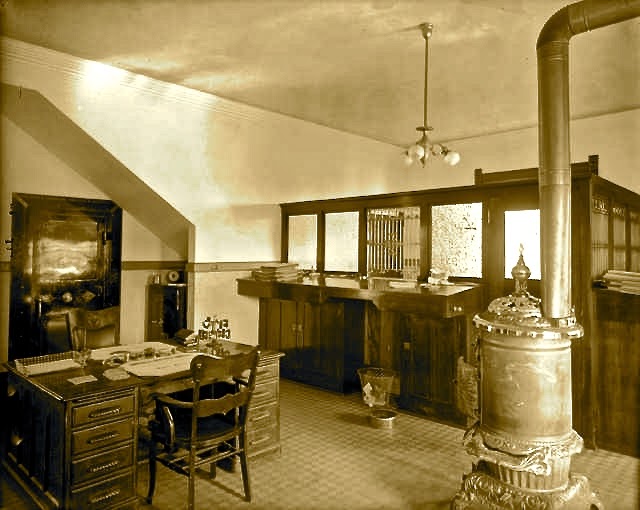 On March 25, 2009, a jury convicted Regina Tolliver of bank fraud, aiding and abetting bank fraud, aggravated identity theft, aiding and abetting identity theft, and unauthorized use of a computer. U.S. v. Tolliver, 2014 WL 3508550 (U.S.District Court for the Eastern District of Pennsylvania 2014).
You can, if you are interested, find the indictment against her here.
The U.S. District Court Judge who had the case later sentenced Tolliver to 30 months in prison. U.S. v. Tolliver, supra.
Tolliver subsequently filed a motion under 28 U.S. Code § 2255 seeking a new trial “on the basis that “her trial attorney was so ineffective as to deprive her of the competent counsel guaranteed by the 6th Amendment of the United States Constitution.” U.S. v. Tolliver, supra. The judge who had the case began his opinion by explaining how Tolliver came to be charged, and convicted, noting that

Tolliver had been a customer services representative at the King of Prussia Mall branch of Citizens Bank. Between March and November of 2007, several false checks were cashed against the accounts of seven Citizens Bank customers. The fraud involved the use of faked forms of identification.

At that time, a Citizens Bank employee could access the personal information of account holders by entering his employee number and a confidential password. Every time an account holder's information was accessed, data including the employee number of the bank employee who accessed it was archived into an employee tracking system for six months.A Citizens Bank fraud investigator determined that Tolliver's employee number was the only one that had been used to access all seven of the compromised accounts. Evidence was also admitted at trial showing that Tolliver worked at Citizens Bank on every day in which her password was used to access one of the accounts. The first three accounts were accessed from the King of Prussia mall branch where Tolliver worked. There was no evidence offered as to where the other accounts were accessed.On the day after the first three accounts were accessed, someone checked the balance of the accounts telephonically. All three account holders testified at trial that they had not placed those calls. The balances of the other compromised accounts, too, were checked somewhat later.

Eventually, fraudulent checks drawn on each of the accounts was cashed, supported by the use of faked identification; one woman cashed all the checks for accounts held by female victims, and one man cashed all of the checks held by male victims. The total amount of loss to Citizens Bank, which reimbursed the account holders, was more than $180,000.The U.S. Postal Inspections Agent who investigated this case, Frank Busch, and who also testified as an expert at Tolliver's trial, conceded that there was nothing at all except Tolliver's employee number tying her to the fraud. . . .  No unexplained deposits were made into Tolliver's bank accounts, and she made no unexpected purchases.

In her motion, Tolliver argued that her

trial counsel was ineffective in failing to investigate her case before trial. Tolliver pointed to evidence uncovered by her § 2255 counsel that Angela Anderson, an assistant manager at Citizens Bank, who had also worked on all the days on which accounts were wrongfully accessed, had personal financial difficulties at the time the frauds were committed. Linda Carter, another co-worker, also had financial problems at that time.
Tolliver also obtained evidence that, if trial counsel had interviewed any of the other arrested members of the fraudulent conspiracy, he would have discovered that each of them denied knowing Tolliver.

U.S. v. Tolliver, supra.
The judge began his analysis of Tolliver’s motion by explaining that

to succeed on an ineffective assistance of counsel claim, a movant for relief pursuant to § 2255 must show that counsel's performance was deficient and that counsel's actions prejudiced the defense. Strickland v. Washington, 466 U.S. 668 (1983). In order to prove prejudice, the defendant must show `there is a reasonable probability that, but for counsel's unprofessional errors, the result of the proceeding would have been different.’ Strickland v. Washington, supra.

A reasonable probability is a probability sufficient to undermine confidence in the outcome. Strickland v. Washington, supra. . . .

U.S. v. Tolliver, supra.
He also noted that in

Branch v. Sweeney,  2014 WL 3293716, a recent case upon which Tolliver relies, the Court of Appeals for the Third Circuit discussed the Strickland standard for prejudice, and emphasized the need to assess the effect of the errors in light of the strength of the individual case:Branch was not required to establish that his `counsel's deficient performance more likely than not altered the outcome of the case'; he only must have shown `a probability sufficient to undermine confidence in the outcome.' Grant [v. Lockett], 709 F.3d 224 (U.S. Court of Appeals for the 3d Circuit 2013). . . .

U.S. v. Tolliver, supra.
The judge went on to explain that

[t]he verdict against Tolliver, which relied solely on the use of her employee identification number, was only weakly supported by the record. On these facts, it was not appropriate to decline to find prejudice simply because the information which trial counsel failed to discover was something less than a smoking gun.

[e]ven Tolliver's trial counsel stated in an affidavit:`I did not know that Ms. Anderson had any financial problems. That would have been a big red flag. I would have looked into that. Regina never had financial problems like that, that was one of the weaknesses of the prosecution's case against her.’Declaration of Mark Keenheel, attached to § 2255 Motion as Exhibit 2 at ¶ 2.

[w]hen the totality of the evidence at the trial is considered, a reasonable probability clearly exists that, if the jury knew that several of Tolliver's co-workers, particularly Anderson, had pressing financial needs which Tolliver lacked, it could have changed the outcome at trial.Further, although counsel argued to the jury that the prosecution lacked evidence that the other participants in the fraud knew Tolliver, he was not able to argue affirmatively that they denied knowing her, because he did not interview any of them.
Tolliver's current counsel did conduct these interviews, and it is now clear that not even those identified as `insiders’ knew her. If trial counsel had found this out, it would have meaningfully strengthened his defense.
Postal Inspector Busch testified that it was possible that Tolliver functioned as the crucial bank insider in this case without any of the other arrested defendants knowing her. However, the neutrality of his testimony could easily have been found to have been compromised by his dual role as an expert witness and the investigator in this case.

The judge therefore found that

[a]s the Court of Appeals for the Third Circuit explained in Branch, in determining prejudice for Strickland purposes, it is necessary to look at the totality of the evidence admitted at trial.
The case against Tolliver was only weakly supported by the evidence, and, was therefore more affected by counsel's weak pre-trial investigation than it would have been if it had been one with “overwhelming record support. Branch v. Sweeney, supra.I will therefore grant in part, as specified herein, . . . vacate her conviction, and order that she be retried.