The 4th Amendment, the Landlord's Consent and Mexican Law 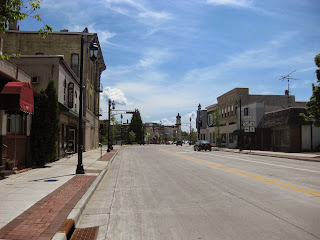 On November 2, 2011, a jury convicted Jack E. Johnson of “First-Degree Intentional Homicide, as a Party to a Crime under Wisconsin Statutes §§940.01(1)(a) and 939.05 respectively.” Brief of Defendant-Appellant, State v. Johnson, 2013 WL 1935388 (Wisconsin Court of Appeals 2013).  After he was “sentenced to life in prison without the possibility of extended supervision”, Johnson appealed. Brief of Defendant-Appellant, supra.

According to the statement of facts in Johnson’s brief on appeal, this is how the case arose:

On or about October 1, 2009, Kimberly A. Smith was found murdered in her residence by her boyfriend, Timothy McMickle. . . . Through . . . the investigation surrounding the homicide, law enforcement authorities identified Smith's ex-husband, Darren Wold, Justin Welch and Johnson as suspects in the death of Smith. . . .

It was alleged that Johnson, who was living in Mexico at the time, assisted in the commission of the crime by coordinating funds, airline tickets and transportation for Welch. . . . Johnson was a long time friend of Wold, having known him for over twenty years. . . .

Specifically, it was alleged that Johnson purchased a plane ticket under the name of `Ricky Freeman’ which was an alias used by Welch. . . . The purchased ticket was for a flight departing San Diego, California on September 28, 2009 and arriving in Milwaukee, Wisconsin with a change of plane in St. Louis, Missouri, on the evening of that same day. . . . An additional ticket was alleged to have been purchased by Johnson for a return flight leaving Milwaukee, Wisconsin on October 1, 2009, with a change of planes in Dallas-Fort Worth, Texas, and arriving in San Diego, California that same evening. . . .

It was also alleged that on September 28, 2009, Johnson along with an individual using the Freeman alias crossed the border from Mexico into the U.S. . . . During the time period of September 28, 2009 through October 1, 2009 multiple calls were made from the Lake County Inn, where the individual using the Freeman alias was staying, to Johnson's cell phone. . . . Johnson was reported to have crossed the border from the U.S. back into Mexico on the afternoon of October 1, 2009.

On appeal, Johnson argued that his conviction should be reversed because “the warrantless search of his Mexican residence mandated the suppression of evidence obtained in the search.”  State v. Johnson, 2013 WL 5989651 (Wisconsin Court of Appeals 2013). His argument implicates the investigation of the crime noted above.

As to the investigation, the opinion explains that Johnson was charged

after an investigation connected him to the ex-boyfriend and the suspected killer of a woman in Oconomowoc, Wisconsin. As part of a subsequent investigation, Waukesha county law enforcement contacted Federal Bureau of Investigations Special Agent Michael Eckel regarding a search of Johnson's rented residence in Rosarito, Mexico. Eckel was the United States liaison between Mexican and American law enforcement authorities.

Eckel called his counterpart liaison in Mexico and told the Mexican liaison United States law enforcement authorities wanted to search Johnson's residence and needed to make sure that the search was lawfully conducted so that the resulting evidence could be used in an American court. The liaison told Eckel that, according to the attorney general for Baja California, Mexico, where Johnson's residence was located, a warrantless search would be legal as long as Johnson's landlord consented.

Mexican and American authorities searched Johnson's residence after Johnson's landlord consented to the search. Wisconsin authorities made a list of items that they wished to take from the home, including a computer that they suspected Johnson used in carrying out the crime. The list was approved by Mexican law enforcement, and Waukesha county law enforcement thereafter received a search warrant from a Waukesha county judge to access the contents of the computer.

The prosecution’s brief on appeal says “Waukesha police had the computer physically transported to Wisconsin, where they obtained a search warrant to review its contents.”  Response Brief of Plaintiff-Respondent, State v. Johnson, 2013 WL 3733713 (Wisconsin Court of Appeals 2013).  It also says that the Mexican police “ultimately permitted the Waukesha officers to seize everything on the list, which included Johnson's `computer, some photo albums, some pieces of paper with different names on them, [and] some money grams.’” Response Brief of Plaintiff-Respondent, supra.

Prior to going to trial, Johnson

The court also found that even if the search did not comply with Mexican law, the evidence obtained in the search was admissible as United States authorities reasonably relied on the advice of Mexican authorities as to what constitutes a legal search.

[the] 4th Amendment's prohibition against unreasonable searches or seizures . . . is implicated in certain situations when foreign officials conduct searches targeting American citizens in foreign countries, U.S. v. Peterson, 812 F.2d 486 (U.S.Court of Appeals for the 9th Circuit 1987). In such cases, federal precedent instructs that a search of a foreign residence is reasonable -- and therefore constitutional -- if it complies with foreign law. U.S. v. Peterson, supra.

Federal courts have also recognized a `good faith’ exception to the exclusionary rule when United States officials reasonably rely on foreign interpretations of the legality of a search as `the exclusionary rule does not function as a deterrent in cases in which the law enforcement officers acted on a reasonable belief that their conduct was legal.’ U.S. v. Peterson, supra.

In this case, the parties do not dispute that the 4th Amendment applies to the search of Johnson's Mexican residence. The only questions are whether the search complied with Mexican law and, if not, whether the good faith exception applies.

That brings us to whether the search complied with Mexican law.  As the Court of Appeals noted,

Johnson asserts that the circuit court erred when it found that landlord consent is a valid exception to Mexican law requiring a warrant to search a residence. The State apparently concedes that the record does not support a finding that Mexican law includes an exception for landlord consent. Accordingly, we assume that the search was not legal under Mexican law and turn to an analysis of whether the fruits of the illegal search were properly admitted.

In a footnote, the Court of Appeals explained that

the State asserts that `it is not clear on this record whether the warrantless search of Johnson's residence based on his landlord's consent was indeed legal under Mexican and Baja California law’ and does not argue on appeal that landlord consent is a recognized exception to a search warrant in Mexico. We deem this to be a concession.

That brought the court to the second issue noted above, i.e., whether the evidence should have been suppressed.  State v. Johnson, supra.  It began its analysis of that issue by noting that

Wisconsin has followed the lead of the United States Supreme Court in adopting a good faith exception to the exclusionary rule, State v. Eason, 245 Wis.2d 206, 629 N .W.2d 625 (Wisconsin Supreme Court 2001), stemming from the belief that evidence should be admissible when it is `obtained in the reasonable good-faith belief that a search or seizure was in accord with the 4th Amendment.’ U.S. v. Leon, 468 U.S. 897 (1984).

The Court of Appeals then explained why applying the exception in this case was appropriate:

Employment of the good faith exception in this case is in accord with our supreme court's instruction that application of the exclusionary rule should be restricted to cases where the rule's remedial objectives will be best served, focusing on the efficacy in deterring future 4th Amendment violations. State v. Dearborn, 327 Wis.2d 252, 786 N.W.2d 97 (Wisconsin Supreme Court 2010).

The court then explained that in applying the good faith exception to the Johnson case, it was required to decide whether

United States law enforcement officials involved in the search of Johnson's Mexican residence `acted in the objectively reasonable belief that their conduct did not violate the 4th Amendment.” State v. Dearborn, supra. It is clear that they did so.

It was objectively reasonable for American law enforcement to believe in the legality of a joint Mexican-American search under the control of Mexican law enforcement that was carried out based on contact between the FBI liaison to Mexico and his counterpart in Mexico who contacted the head law enforcement officer in Baja California who advised as to how a warrantless search could occur.

Finally, the Court of Appeals noted that Johnson

argues that United States law enforcement officers should have conducted a separate inquiry into Mexican law to confirm the information received from the Baja California attorney general. Such an argument is without merit as we presume high-ranking Mexican law enforcement personnel know their own laws.

As United States law enforcement authorities were objectively reasonable in relying on the assurances of Mexican authorities that the search of Johnson's residence was legal under Mexican law, the circuit court's denial of Johnson's motion to suppress evidence was proper.