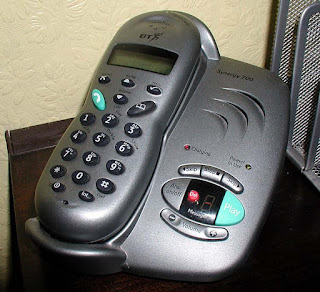 As this news story explains, in May of 2011 Marlek E. Holmes was “arrested . . . and charged with sending indecent text messages to a minor” in violation of New York law.

A person is guilty of disseminating indecent material to minors in the first degree when:

1. knowing the character and content of the communication which, in whole or in part, depicts or describes, either in words or images actual or simulated nudity, sexual conduct or sado-masochistic abuse, and which is harmful to minors, he intentionally uses any computer communication system allowing the input, output, examination or transfer, of computer data or computer programs from one computer to another, to initiate or engage in such communication with a person who is a minor; and

Disseminating indecent material to minors in the first degree is a class D felony.

After pleading guilty, Holmes appealed, arguing that the

indictment is jurisdictionally defective because it accuses him of acts, i.e., sending sexually explicit text messages to a 16–year–old girl, that do not constitute a crime.

According to [Holmes], the act of sending telephone text messages does not involve the use of `any computer communication system allowing the input, output, examination or transfer, of computer data or computer programs from one computer to another’ as required by [New York] Penal Law § 235.22(1).

I am not familiar with the practice of challenging an indictment as jurisdictionally defective, but as Holmes’ argument suggests, it apparently involves claiming that a charging instrument – an indictment, an information ora complaint – is substantively defective because it does not adequately charge the crime at issue.

In another, older case, the New York Court of Appeals explained the relationship between guilty pleas and arguing that a charging instrument is jurisdictionally defective:

A guilty plea does not . . . extinguish every claim on appeal. The limited issues surviving a guilty plea in the main relate either to jurisdictional matters (such as an insufficient accusatory instrument) or to rights of a constitutional dimension that go to the very heart of the process (such as the constitutional speedy trial right, the protection against double jeopardy or a defendant's competency to stand trial). . . .

The Hansen court also noted that

[a]n indictment is rendered jurisdictionally defective only if it does not charge the defendant with the commission of a particular crime, by, for example, failing to allege every material element of the crime charged, or alleging acts that do not equal a crime at all. . . .
People v. Hansen, supra.

The Supreme Court Appellate Division found, first, that Holmens had not waived his right to raise this issue by pleading guilty because "it concerns a nonwaivable jurisdictional defect." People v. Holmes, supra. But while the court found  Holmes had not forfeited his right to raise the issue of whether the charging instrument was inadequate, it did not buy his argument.

The Holmes court noted, first, that

`[t]he common-law policy that a penal provision should be strictly construed has been expressly abolished by the Legislature.’ (People v. Teicher, 52 N.Y.2d 638 (New York Court of Appeals 1980).

Instead, `penal statutes are to be interpreted “according to the fair import of their terms to promote justice and effect the objects of the law” . . . and are not to be given hyper technical or strained interpretations.’ (People v. Teicher, supra, quoting New York Penal Law § 5.00). . . .

The court then turned to Holmes’ argument, explaining that the

term computer is broadly defined in the Penal Law as `a device or group of devices which, by manipulation of electronic, magnetic, optical or electrochemical impulses, pursuant to a computer program, can automatically perform arithmetic, logical, storage or retrieval operations with or on computer data, and includes any connected or directly related device, equipment or facility which enables such computer to store, retrieve or communicate to or from a person, another computer or another device the results of computer operations, computer programs or computer data’ (New York Penal Law § 156.00[1]).

`Computer data’ is defined as `a representation of information, knowledge, facts, concepts or instructions which are being processed, or have been processed in a computer and may be in any form, including magnetic storage media, punch cards, or stored internally in the memory of the computer’ (New York Penal Law § 156.00[3]).

As to whether a telephone qualifies as a “computer” under New York Penal Law § 235.22(1), the court noted that while the

issue whether a telephone is included in the statutory definition of `computer’ has not been addressed by an appellate court in this state, in People v. Johnson, 148 Misc.2d 103, 560 N.Y.S.2d 238 (Criminal Court – City of New York 1990), the court concluded that it is.

The Johnson court reasoned that `[t]he instrumentality at issue here is not merely a telephone . . ., but rather a telephone inextricably linked to a sophisticated computerized communication system. . . .

This telephone system, of which the telephone itself is the essential first component, does comport with the statutory definition of “computer” that is, the system is a “group of devices which, by manipulation of electronic . . . impulses . . . can automatically perform . . . logical, storage or retrieval operations with or on computer data”. . . .

The system also meets the definitional inclusion of “any connected or directly related device, equipment or facility which enables such computer to . . . communicate to or from a person”’.

As Wikipedia explains, “[i]n common law legal systems, a precedent . . . is a principle or rule established in a previous legal case that is either binding on or persuasive for a court . . . when deciding subsequent cases with similar issues or facts.” As Wikipedia’s entry on precedent also explains, a court’s decision is binding precedent, i.e., precedent that courts must follow) when it is issued by a higher or the highest court in a judicial system (like the U.S. Supreme Court).

So, lower courts in a judicial system, like the New York state court system, are required to follow the precedential decisions of higher courts in that system.  But, as Wikipedia also explains, a lower court’s decision can be persuasive precedent, i.e., something a judge can rely on in making a decision, for other courts if they believe that the decision “applied the correct legal principle and reasoning.”

Thus, the indictment is not jurisdictionally defective.