Viewing Child Pornography as a Crime 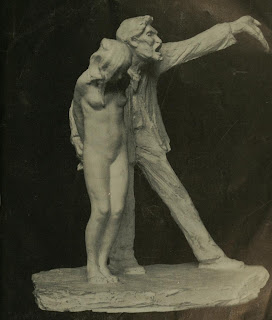 I’m indebted to Sigmund, News Editor for SLentrepreneur Magazine, for calling this to my attention: The Nevada legislature is debating a bill that would let Nevada authorities prosecute people who simply view child pornography online.

Currently, Nevada like most, if not all, U.S. states only makes it a crime to produce, distribute and/or possess child pornography. This has meant that for states to prosecute someone who says they looked but did not download child pornography they have to rely on cache files on the person’s computer; what usually happens in these cases is that the defendant says he only meant to look and didn’t realize that his Internet browser was caching the images he looked at.

Basically, courts have held that if the defendant knew his browser was caching the image files, he is guilty of possessing child pornography. The premise is that while he didn’t intentionally download the images, he knew his computer was, in fact, downloading them as he looked at them. So, several courts have held that’s enough.

That still creates a problem – at least for prosecutors – when it comes to someone who did exactly the same thing (meant to view only, viewed, browser still cached image files) but didn’t realize the browser cached the images files. Some courts have held that the person can’t be convicted of possessing child pornography in this instance because he didn’t realize he was acquiring possession of the images; he thought he was simply looking.

The Nevada bill would change that by adding a fourth option to the three (producing, distributing and possessing child pornography) we already have. The fourth option is viewing – looking at – child pornography online. The story I read on the Nevada bill also says the new legislation, if passed, would let Nevada prosecutors charge those who view child pornography in Second Life and, presumably, other virtual worlds. The article includes comments from opponents of the bill who, IMHO, make some good points. Basically, prosecuting someone for simply viewing could lead to absurd and unjust results; as one of the opponents notes, it could mean that someone who accidentally clicks on a link that takes him/her to child pornography could be prosecuted for the act of (unintentionally) viewing it.

The article also quotes proponents of the bill who say, probably correctly, that in deciding whether or not to charge someone for viewing child pornography, law enforcement would take into account evidence showing that their viewing was accidental or otherwise unintentional. The proponents say that police would, for example, look at the history of the pages the person viewed to see if it looks like he/she was actively seeking out child pornography (lots and lots of images in the cache file) or merely stumbled onto it (few images in the cache file). I think that’s probably true; I’ve heard similar comments from law enforcement officers referring to whether or not they’d pursue charges under the viewing-and-caching-images-files-as-possession theory. Still, though, relying on prosecutorial discretion is unnerving, especially when we’re talking about a crime that carries very heavy penalties and a great deal of social stigma.

Nevada isn’t the first U.S. jurisdiction to follow Canada’s example. On October 8, 2008, Public Law 110-358 went into effect, having been enacted by Congress and signed by then-President Bush. Public Law 110-358 did a number of things, one of which was to insert new language in several sections of 18 U.S. Code § 2252; section 2252 criminalizes “certain activities relating to material involving the sexual exploitation of minors” (or child pornography).

[Any person who] either--

(A) in the special maritime and territorial jurisdiction of the United States. . . knowingly possesses, or knowingly accesses with intent to view, 1 or more books, magazines, periodicals, films, video tapes, or other matter which contain any visual depiction; or

(B) knowingly possesses, or knowingly accesses with intent to view, 1 or more books, magazines, periodicals, films, video tapes, or other matter which contain any visual depiction that has been mailed, or has been shipped or transported using any means or facility of interstate or foreign commerce or in or affecting interstate or foreign commerce, or which was produced using materials which have been mailed or so shipped or transported, by any means including by computer, if--

(i) the producing of such visual depiction involves the use of a minor engaging in sexually explicit conduct; and

(ii) such visual depiction is of such conduct;

As a result, it’s now a federal crime to look at child pornography online. The Nevada legislature is simply considering whether that state wants to jump on the “viewing child pornography” bandwagon.

I do not understand why American want to fill prisons with people who look at dirty pictures. YOU, through taxation, have to support prisoners that are behind bars. It is time to stop listening to the right wing Priscilla Goodbodies of the world and stop the witch hunts.

What if you view an asian girl who is 18 but looks more like a 14yo western girl? Is that illegal?