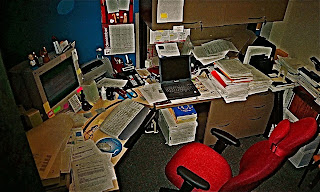 As I explained in an earlier post, U.S. law bars the introduction of hearsay evidence unless it falls into one of the exceptions to this basic rule.

As I explained in that earlier post, hearsay is “a statement, other than one made by the declarant while testifying at the trial or hearing, offered in evidence to prove the truth of the matter asserted.” Federal Rules of Evidence, Rule 801(c). The federal system and every state defines hearsay similarly, and they all recognized basically the same set of exceptions to the rule.

As I explained earlier, hearsay isn’t allowed, as a general rule, because it denies the party against whom it is introduced an opportunity to effectively challenge its accuracy and reliability. A rumor would be hearsay; so if I took the stand and said I’d heard a rumor that you’re an axe murderer, you couldn’t do much to attack the basic accuracy of the content of the rumor. You could try to attack my credibility, but since I’m saying I heard this story from John Doe, and I trust John Doe, you’re pretty well stymied in attacking the inherent believability and accuracy of the axe murderer story.

One of the exceptions is the “business records” exception. As Wikipedia explains, the rationale of this exception is the premise that “employees are under a duty to be accurate in observing, reporting, and recording business facts. The . . . belief is that special reliability is provided by the regularity with which the records are made and kept, as well as the incentive of employees to keep accurate records (under threat of termination or other penalty).” The presumptive accuracy with which business records are kept is assumed to overcome the law’s skepticism about admitting regular hearsay. The records are hearsay because the contents – the statements – they contain are being introduced to prove the truth of the matter(s) they attest to.

The use of the business records exception came up recently in a case from Ohio. Here are the facts in the case:

Allen accessed Sherrills' email and voice mailbox utilizing a password provided by Deep Green's [IT] department. . . . [S]he discovered an e-mail that had been sent . . . to an outside e-mail address . . . truloxs@hotmail.com. . . . [T]he e-mail had an attached Excel spreadsheet containing confidential information on sixty-four of Deep Green's clients. Allen . . . reported it to her manager, Patricia Kelly.

Kelly . spoke with Sherrills, who [said] she was unable to report for work, because she was ill. Kelly . . .asked Allen to review Sherrills' workload, and . . . arranged with the IT department to grant Allen access to Sherrills' e-mail and voice . . accounts. . . .

[Allen] discovered an e-mail containing confidential client information that had been sent from Sherrills' Deep Green e-mail account to an outside e-mail address. . . . [It] had an attachment, which included information on Deep Green's customers. . . . [She] reported the discovery to . . . Deep Green's Human Resources Director.

Randy Zuendel, IT Security Manager, testified that the Human Resources Department asked him to investigate the e-mail . . . from Sherrills' Deep Green e-mail account to truloxs@hotmail.com. . . . [He found] four e-mails sent . . . to outside . . . addresses. . . . [O]ne had an attachment, which contained the names and account numbers of thousands of Deep Green's customers.

Zuendel testified that the information . . . in the e-mails sent from Sherrills' Deep Green e-mail account to the two outside e-mail addresses were proprietary in nature. . . . [If it] was disclosed to competitors. . . it could significantly harm Deep Green's interests.

Zuendel testified that . . . Deep Green's employees were also prohibited from uploading or downloading files from outside computers. . .

The jury convicted Ms. Sherrills of unauthorized use of computer property, and on April 10, 2007, the court sentenced her to probation for a year. She appealed her conviction, arguing that the trial court erred in admitting the four emails at issue into evidence; she argued that they should have been excluded as hearsay. They were, as I noted above, hearsay because they contain statements that were made outside of court and they are being offered to prove the truth of those statements. The prosecution got them admitted under the business records exception.

This is Ohio’s version of the exception:

The following are not excluded by the hearsay rule, even though the declarant is available as a witness:. . . . A memorandum, report, record, or data compilation, in any form, of acts, events, or conditions, made at or near the time by, or from information transmitted by, a person with knowledge, if kept in the course of a regularly conducted business activity, and if it was the regular practice of that business activity to make the memorandum, report, record, or data compilation, all as shown by the testimony of the custodian or other qualified witness . . . unless the source of information or the method or circumstances of preparation indicate lack of trustworthiness. . . .

Ohio Rule of Evidence 803(6). According to the Court of Appeals, it is not necessary that the

witness have first hand knowledge of the transaction giving rise to the record Rather, it must be demonstrated that the witness is sufficiently familiar with the operation of the business and with the circumstances of the record's preparation, maintenance, and retrieval, that he can reasonably testify on the basis of this knowledge that the record is what it purports to be, and that it was made in the ordinary course of business consistent with the elements of Rule 803(6).

Zuendel testified that Deep Green conducts its business primarily through the internet and corresponds with their clients largely through e-mails. Thus, the record of all e-mail received or sent . . . are kept in the normal course of business. Zuendel explained that once the e-mails were discovered, he was able to copy them from where they were stored on Deep Green's exchange server to a folder on his computer. . . . [O]nce the e-mails and attachments were copied to his computer, he printed the e-mails.

Zuendel's testimony demonstrated that he was familiar with the records of e-mails Deep Green kept in the ordinary course of business and the procedure to retrieve, transmit, and store the e-mails. Zuendel also had personal knowledge as to the retrieval of the e-mails after the discovery. Based on the foundation as established by Zuendel, the e-mails were admissible under the business records exception to the hearsay rule.

Ms. Sherrills lost. Her conviction (and probation) stand, unless the Ohio Supreme Court decides to reverse, which I suspect is unlikely.
Posted by Susan Brenner at 10:37 AM

I checked up on the various serviced office available and their prices are pretty competitive. Any recommendations?

6. Truloxs was my e-mail however why didn't they obtain proof that I sent and received and opened up the e-mails. Anyone could have sent those e-mails however why wasn't those e-mails opened up on my end. Because I didn't know that those were in my e-mail box- they could have been in my bulk mail.
7. All of the employee that were witness were profit sharing employee which were there at the start of the company. At the time this case first went to the detective, this company was getting sold.
8. It is clearly unreasonable to take in account truth of the employees when they could have brought in my computer like in most cases involving computers. I got convicted on paper being the evidence. The company was closed and they could have gave my computer in the beginning as evidence before the company was shut down.
9. Denise Sherrills also asked for two camera's to be entered into evidence which would have proved that I wasn't even in the office at the time of these e-mails. Deep Green had a camera that was in the office and also the building of Deep Green had a camera that was on the outside of the building. Because I wasn't in the office at the time it would have proved that I wasn't even in the office of the time of this crime. This would have proved that Janice Allen is the corporate in this crime.
10. Janice Allen could not stand that she didn't have the experience that I clearly told her she should not have been my supervisor. I had put suit in with EEOC stating that I was being treated unfairly because I had more experience than the other employees that were being promoted. They gave the supervisor position to either a white man or woman. After I went to EEOC, they gave the position to Janice Allen who had vested interest in Deep Green. She had no experience. She was a secretary. I had at least eight to ten years of experience as an underwriter and she had none but was black and a woman.
11. This case was the first to even go to court. Why? I think something clearly stinks.
12. This case was completely off of hear say- there was no evidence and they had the opportunity to provide camera's and hard drives to prove their case instead they had paper that could be manipulated.
13. Patricia Ann Blackmon asked me at the appeal court how did they get my e-mail address and I could not answer this question- it was on my computer because I opened up my personal e-mail at work and before me and Janice became enemies at work I used to forward her e-mails from this account. So she knew my e-mail address.
14. At the time I entered my plea of not guilty- I could have taken the first time offender, which would have put me on probation for one year and wiped my record clean. If I was guilty of this crime why wouldn't I take the best decision that would have cleared my record to be a teacher; I'll tell you why; because I was innocent.