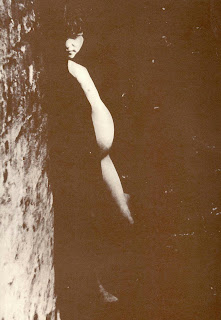 Some may find this posting offensive or even disturbing.


I’m going to explore some scenarios that might ensue from the current state of U.S. law on child pornography.


I’m not arguing that these or any scenarios will come to pass . . . . I'm just working through the logical possibilities, based on the current state of U.S. law dealing with real and not-real child pornography.

Another consequence could be that it becomes functionally impossible, or at least very difficult, for prosecutors to prove that someone being prosecuted for possessing real child pornography did so knowingly. The defendant could claim he or she believed the material he possessed was virtual, not real, child pornography. Since the prosecution has to prove the defendant “knowingly” possessed real child pornography beyond a reasonable doubt, it would presumably be difficult for prosecutors to win in cases like these (assuming the jurors followed the law and were not swayed by personal distaste for the defendant’s preferences in pornography).

To protect themselves and their clients, these hypothetical businesses might watermark the virtual child pornography they sold, to provide an easy way of proving that the stuff was virtual, not real. We talked a bit about this in my class. The watermark would have to be something that could withstand scrutiny and that would be valid, clearly credible evidence that child pornography was virtual, not real. Those who created and sold the stuff might be able to charge more if their watermark hit a gold standard – if it basically provided a guarantee that those who bought their product could not be successfully prosecuted for possessing child pornography.

In analyzing where all of this might go, my students and I realized there could be one, really depressing implication of the commercialization of virtual child pornography: Real child pornography would probably become particularly valuable, because it would be the real thing.
Posted by Susan Brenner at 1:49 PM

hi, i have a question for you and have seen no other way of getting in touch.
Recently, the police showed up and demanded that I sign a consent form in order for them to confiscate my computers. THey told me that it would be easier for me to cooperate, cause all that making them get a warrant would do would be to delay the inevitable, they said they were going to get my computers either way. So I signed the consent form, and they seized the computers. My question is, since they did not arrest me or detain me and told me that this was not even part of a case yet, can i withdraw my consent and make them give me back the computers while they obtain (if they can) a search warrant.
An expedient response to this would be most appreciated.

I can't give you legal advice for several reasons (including the fact that I've not been retained and the fact that I'm probably not licensed to practice law in your state).

I can, though, provide a little information about where the law is, plus a suggestion.

As to information about where the law is, the basic rule is that one can withdraw consent to a seizure, such as the seizure of your computers. That usually arises before the seized property has been taken into the police station, but it might very well apply here, too. The way one raises the issue when the police have taken the property to the station is to file a motion for return of property under whatever provision of state law (a statute or a rule) authorizes the filing of such a motion. So that's a way to try to get the stuff back.

Along with that, or if the state ever seeks to use the computers as evidence against you, you could TRY to argue that your consent to search was not voluntary, given what the police told you to get you to consent. That might be a hard sell to a court, but it's at least an issue to consider.

The suggestion is: GET A LAWYER. A lawyer who IS licensed to practice in your state and who knows local law and the local players (police and prosecutors) can give you legal advice and will know a lot more about how to handle this given local practice.

If you can't afford private counsel, you can contact the local public defender's office to see if they can help you. If there isn't a local public defender's office, you can check to see if there is a system for appointing lawyers to help people with cases like this, for free. Finally, you could also check with a law clinic at a law school near you -- they take cases for free, under certain constraints.

Question-
How do you think the art world would suffer in the case that VCP were to be illegal??
Where do you think the line would be drawn?
Henry Darger was a Chicago artist who's art is held in high regard. Many of his works depict young nude girls often participating in lewd and violent sexual behavior.Do you think banning VCP would affect work such as Darger's?
Do you think collectors of such art could potentially be labeled as sex offenders?

If the Supreme Court were to decide, at some point in the future, that virtual child pornography can be criminalized without violating the First Amendment, then yes, that would very much affect VCP in art.

If the current laws criminalizing child pornography were applied to virtual child pornography, it would become a crime to possess VCP, to distribute VCP and to sell VCP. So, yes, those who collected VCP in this hypothesized state of US law would be committing a crime, one that could get them labeled as sex offenders.

I don't think this can happen in the US unless and until the Supreme Court (a) revisits the issue and (b) those arguing for the criminalization of VCP can show a compelling need for to criminalize it. If the arguments of the proponents of criminalizing VCP in this hypothetical scenario follow the course they took in the Ashcroft case, they would claim it needs to be criminalized (a) because it is used to seduce children into having sex with adults and/or (b) it "whets the appetites" of pedophiles and makes it more likely they will molest children. In the Ashcroft decision, the Supreme Court did not find either claim compelling. The only way that is likely to change is if the proponents of criminalization can come up with scientific evidence supporting claims (a) or (b).

VCP is already criminalized in some countries, like Germany.

Sorry to bother you again. I am writing an article for a class I am taking at Columbia College Chicago, on VCP and art. Is is possible that I quote you on your response to my last comment? It would really add value to my paper, since you are an authority on cyber crimes and the laws surrounding them.
Thank You-
Nora

Please, feel free to quote anything I've said on the blog in your paper, just cite the blog.