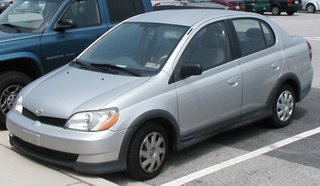 Last time I talked about using GPS devices to track vehicles. There' a Supreme Court decision that seems to hold that monitoring such a device in order to track someone’s movements is outside the 4th Amendment, so no warrant is required to do so. We can argue that the decision doesn’t apply to modern GPS technology, of course, but at least there is a decision out there.

The Supreme Court did not decide, when it issued that decision twenty-plus years ago, whether the installation of a tracking device, such as a GPS device, is something that comes within the scope of the 4th Amendment. That issue is now surfacing, as courts try to figure out whether putting a tracking device on someone’s car is either a “search” or a “seizure” under the 4th Amendment.

Putting the device on a vehicle is not, I would submit, a “search” because a search violates a valid 4th Amendment expectation of privacy. The issue that’s coming up in these cases is whether the 4th Amendment is implicated when a tracking device is installed on a “public” area of a vehicle: under a bumper, on the undercarriage, etc. It’s clear that officers cannot go into “private” areas of a vehicle (the trunk, under the hood, inside the passenger compartment, etc.) without having a warrant; that would clearly be a search regardless of whether their motive is to install a tracking device or just to look around (or both). When the devices are installed on areas that are, at least arguably, accessible to the general public, I don’t think we can legitimately characterize the act of installing them as a “search.” After all, what “private” information do the officers obtain by doing so?

I tend to think, though, that the act of installing a tracking device on such a “public” area of a vehicle is a seizure under the 4th Amendment. Seizures occur when agents of the government interfere with someone’s possession and use of their vehicle. Now, when an officer sneaks up to a car at night or at some other time when it is parked and is not being used by the owner and installs a GPS device, there would not seem to be any particular interference with the owner’s possession and use of the property. The owner never even knows what’s happened – that’s the whole point.

But something has definitely happened, and some courts have said that something is a seizure, which means that the installation of a tracking device comes within the 4th Amendment. A Wisconsin district court held, earlier this year, that officers must have reasonable suspicion to believe that a crime is being/has been committed and that the installation of the tracking device will yield evidence of that crime. v. Garcia, 2006 WL 298704 (W.D. Wisconsin 2006). This court found that reasonable suspicion was enough because “the intrusion caused by the application of the device is minimal. The real intrusion . . . is the 24/7 governmental monitoring that follows.”

(Reasonable suspicion is a lower level of individualized suspicion of probable cause. It basically means that officers can’t just install a tracking device whenever they feel like it in hopes something will turn up. Instead, they must be able to articulate specific facts which supported their belief that installing the device would yield evidence of criminal activity.)

“Although . . . persons have diminished expectations of privacy in automobiles on public roads and can be visually tracked by the police, it is clear that the mere act of parking a vehicle on a public street does not give law enforcement the unfettered right to tamper with the vehicle by surreptitiously attaching a tracking device without either the owner's consent or without a warrant issued by a Court. . . . Attachment of the GPS requires a physical intrusion into an individual's personal effects . . . . Accordingly, the Court finds that in the absence of exigent circumstances, not here present, the police should have obtained a warrant prior to attaching the GPS to the Mitsubishi.”

Courts in and have reached similar conclusions by applying their state constitutions (which can and often do provide more protection than the 4th Amendment). State v. , 76 P.3d 217 (Washington 2003); State v. , 759 P.2d 1040 ( 1988). The court noted, for example, that if “police are not required to obtain a warrant . . . before attaching a GPS device to a citizen's vehicle, then there is no limitation on the State's use of these devices on any person's vehicle, whether criminal activity is suspected or not.”

Other courts have disagreed, basically on the premise that the installation of a GPS tracking device in no way interferes with the vehicle owner’s possession and use of the vehicle. As the Ninth Circuit said in v. McIver, 186 F.3d 1119 (1999), “McIver did not present any evidence that the placement of the . . . tracking devices deprived him of dominion and control of his Toyota 4Runner, nor did he demonstrate that the presence of these objects caused any damage to the electronic components of the vehicle. Under these circumstances, we hold that no seizure occurred because the officers did not meaningfully interfere with McIver's possessory interest in the 4Runner.”

Posted by Susan Brenner at 3:01 PM

Car Photography is off the hook at this site.

When the police put a GPS device on your car, they took control of your property and affected it. When a person takes control of another persons's property without permission, even temporary, that is theft. Here the police are asserting they can make claim over your property at any time in order to bring it under their sphere of control in order to affect it to their satisfaction. The police are continually making this claim over your property when they GPS monitor it. This goes against thousands of years of property law. Without a valid warrant, this taking of your property, no matter how brief, is a due process violation.

24/7 surveillance is a liberty issue at its core. Arguments for search, seizure, privacy, etcetera are red herrings. Is it a coincidence that the published court cases are silent on the liberty issue? Is it the reasonable person's expectation of liberty to be watched 24/7? Do you like to be watched when you go to the bathroom? If a reasonable person's right to liberty includes 24/7 surveillance then why is stalking unlawful? Simply put, 24/7 surveillence diminishes a person's sense of freedom. The right to liberty is embedded in the core of the US Constitution, and in the 9th amendment for good measure.

Keep in mind that courts do issue void case law. Case law, if it contradicts the US Consitution, is null and void. The US Constitution is the People's law, they have every right to interpret it. A judge only has power to discover the law. When they go beyond that, they commit fraud on the court.

thanks for the post on Car Tracking Devices
that's realy informative blog.