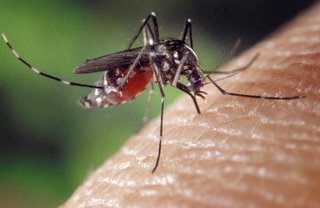 Recently, Congress passed and the President signed the Violence Against Women and Department of Justice Reauthorization Act (H.R. 3402). One provision of the Act has gained a fair amount of media attention.

Section 113 of H.R. 3402 amended 47 U.S. Code section 223, which has for years made it a federal crime to use a telephone or some other type of telecommunications to make obscene or harassing telephone calls. Section 223(a)(1)(C) makes it a federal crime to make a phone call or utilize "a telecommunications device, whether or not conversation or communication ensues, without disclosing his identity and with intent to annoy, abuse, threaten, or harass any person at the called number or who receives the communications".

Many have expressed concern about the effect of this amendment, since it essentially means one commits a federal crime if she uses the Internet anonymously to (i) abuse (ii) threaten (iii) harass or (iv) annoy someone else. The concern appears to lie not with categories (i)-(iii) but with category (iv) -- with the notion that I commit a federal crime if I send an anonymous email or transmit some other anonymous communication with the purpose of annoying someone. (The language of the statute makes it appear that the crime is committed whether or not annoyance actually results . . . . )

So, as I see it, this amendment creates two issues: (1) Why is "annoy" in there at all? (2) What is the effect of including it -- can someone really be convicted for simply being "annoying" online?

"Since its invention, the telephone has been the source of many and great benefits to the American people. But recently its use has been perverted by some to make it an instrument for inflicting incalculable fear, abuse, annoyance, hardship, disgust, and grief on innocent victims. . . It is hard to imagine the terror caused to an innocent person when she answers the telephone, perhaps late at night, to hear nothing but a tirade of threats, curses, and obscenities, or equally frightening, to hear only heavy breathing."

H.R. Report 90-1109, 1968 U.S.C.C.A.N. 1915, 1916 (1968).
The 1968 legislation, therefore, specifically targeted misuse of the telephone. The language that now appears in section 223(a)(1)(C) was in this original version of section 223, though it then read as follows: "[Whoever] makes a telephone call, whether or not conversation ensues, without disclosing his identity and with intent to annoy, abuse, threaten, or harass any person at the called number" commits a federal crime. This language migrated to a new section 223(a) in 1983, when Congress amended the statute to add language criminalizing the use of a telephone to make an "obscene or indecent communication for commercial purposes to any person under eighteen years of age or to any other person without that person's consent". This expansion of the statute was prompted by public concern about children's accessing dial-a-porn services. See John C. Cleary, Telephone Pornography: First Amendment Constraints on Shielding Children from Dial-a-porn, 22 Harvard Journal on Legislation 503 (1985).

So, the answer to question (1) is that "annoy" is an artifact that dates back to the original, 1968 version of the statute, which was intended to criminalize threatening and generally harassing phone calls. The legislative history for that provision does not parse the various terms used in the original section 223 -- annoy, abuse, threaten, harass -- into separate criminal acts. Instead, it seems to combine all four into a single "evil" at which the statute is directed. See H.R. Report 90-1109, 1968 U.S.C.C.A.N. 1915, 1916 (1968). Congress solicited the Department of Justice's views on the provision then-Attorney General Warren Christopher replied. In his letter, he refers to the terms as a "descriptive series" and seems to imply that the "series" denotes harassment.

This, finally, brings us to question #2: What is the effect of including "annoy" in section 223? Is it intended to be a severable provision and a distinct offense?

The history lesson provided above indicates this was not Congress' intent. Congress meant to criminalize using a telephone to harass others, and some versions of what ultimately became section 223 only referred to using a phone to "harass" someone. See H.R. Report 90-1109, 1968 U.S.C.C.A.N. 1915, 1916 (1968). It is therefore logical to construe the four words (annoy, abuse, threaten and harass) included in the final version as a single collective term denoting the act of harassing someone.

Any other result would almost certainly violate the First Amendment. It is a basic principle of constitutional law that a criminal statute must "provide the kind of notice that will enable ordinary people to understand what conduct it prohibits". City of Chicago v. Morales, 527 U.S. 41, 56 (Supreme Court 1999). The Supreme Court has held that a criminal statute violates due process if it "is so vague and standardless" it " leaves the public uncertain as to the conduct it prohibits". Giaccio v. Pennsylvania, 382 U.S. 399, 402-403 (Supreme Court 1966).

In Coates v. City of Cincinnati, 402 U.S. 611 (1971), the Supreme Court held that an ordinance that made it unlawful for three or more people to assemble and conduct themselves in an "annoying" manner was unconstitutionally vague and therefore could not be enforced. The Court explained that conduct which "annoys some people does not annoy others. Thus, the ordinance is vague, not in the sense that it requires a person to conform his conduct to an imprecise but comprehensible normative standard, but rather in the sense that no standard of conduct is specified at all." 402 U.S. at 614.

The U.S. Court of Appeals for the Sixth Circuit reached a similar conclusion in 2004, as to the provisions of section 213. Erik Bowker was convicted of violating section 213 as it existed prior to the recent amendment, and appealed, arguing that the statute was unconstitutionally vague. United States v. Bowker, 372 F.3d 365 (6th Cir. 2004). Bowkder cited the Coates decision for the proposition that a statute which outlaws "annoying" behavior is so vague as to violate due process. The Sixth Circuit agreed that "`annoy', standing alone" can raise due process issues. It upheld section 213, however, because it found that "the words annoy, abuse, threaten or harass should be read together to be given similar meanings. Any vagueness associated with the word `annoy' is mitigated by the fact that the meanings of `threaten' and `harass' can easily be ascertained and have generally accepted meanings." 372 F.3d at 383.

So, where does all this leave us?

It means, that if a federal prosecutor were to bring charges based solely on the claim someone used Internet transmissions, anonymously, for the single purpose of "annoying" another person, the charge would almost certainly be thrown out as being unconstitutionally vague. (it could also be attacked as being contrary to the legislative history of the provision, for the reasons set out above).

It very likely means that, as a practical matter, charges under the statute will be brought only when the offender's conduct rises far beyond the level of "annoying" someone (which was true in the Bowker case).

It means that the language of section 213 is facially overbroad, but courts can still uphold the constitutionality of the statute by using the Sixth Circuit's approach, outlined above.

It does not mean there is not cause for aggravation, maybe even some level of concern. But it almost certainly does not mean that we have to fear a rash of "annoy" prosecutions in the near future.