The Wiretap Act, the Cell Phone and Eavesdropping 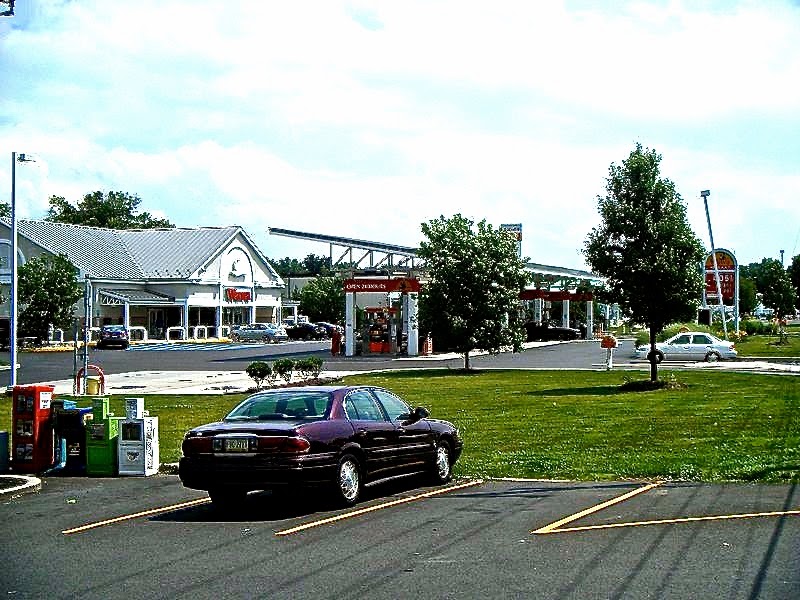 After he was “charged in a police criminal complaint with Possession of a Controlled Substance with Intent to Deliver in violation of 35 Pennsylvania Consolidated Statutes § 780-113(30)”, Wesley Spence filed a motion to suppress evidence.  Commonwealth v. Spence, Brief for Appellant – the Commonwealth of Pennsylvania, 2013 WL 7176297.  More on that motion in a moment.
First, though, I need to outline the relevant facts.  This, according to the Appellant’s brief, is how the prosecution arose from events that occurred on March 8, 2008, when, Pennsylvania State Trooper Scott Miscannon
was working on a drug investigation. The state police had arrested a man and recovered pills from him earlier that day. At 9:00 p.m., Miscannon met with the man, who agreed to be a confidential informant.

The informant told the trooper that an individual named `Wes’ had sold controlled substances - prescription pills - to him earlier in the evening at a nearby Wawa store. The informant said `Wes’ was six feet tall, with a `chunky’ build and a bald head. He said `Wes’ lived in Delaware and drove a green Honda with a Delaware registration. . . .

The informant turned on the speaker on his phone, called `Wes,’ and ordered a quantity of prescription pills. Miscannon listened . . . over the speaker. The trooper could tell the informant and [Spence] had an ongoing buyer-seller relationship. . . .

The trooper went to the Wawa. The trooper saw [Spence], who is a black male, in a green Honda Accord automobile. [Spence] fit the physical description given by the informant. The automobile was registered in Delaware in the name of `Wesley Spence.’ The trooper approached [Spence], patted him down, felt a cellular telephone and a pill bottle, searched him, and found prescription pills and a cell phone in the pocket of his sweatshirt. . . .

Brief for Appellant, supra.
After he was charged Spence, as noted above, filed a motion to suppress.  According to the Pennsylvania Supreme Court’s opinion in the case, he moved to suppress the
entirety of the evidence against him based upon alleged violation of the Wiretapping and Electronic Surveillance Control Act (`the Act’).

Specifically, [Spence] argued that Trooper Miscannon's conduct in placing the call, his directing the arrestee to activate the speaker feature of the cell phone and to use coded language, and his listening in on the conversation constituted an unlawful interception of the conversation between [Spence] and the arrestee.

In opposition . . ., the Commonwealth argued that a cell phone does not constitute a `device’ within the meaning of the Act because the Act specifically excludes a telephone furnished by a service provider from the definition of a `device.’ Following a hearing, the trial court granted the motion to suppress, and the Commonwealth appealed to Superior Court.

Commonwealth v. Spence, 2014 WL 1669795 (Pennsylvania Supreme Court 2014).
As Wikipedia explains, the five types of courts in Pennsylvania are, in descending order of authority, the Supreme Court, the Superior Court(s), the Commonwealth Courts, the Courts of Common Pleas and the Magisterial District Courts.
The court that granted the motion to suppress was the Delaware County Court of Common Pleas.  Commonwealth v. Spence, supra.
The Superior Court upheld the Common Pleas court’s ruling on the motion to suppress:
Reviewing the Act's definitions of `intercept [ion]’ and `device,’ the court rejected the Commonwealth's argument that the cell phone did not fall within the definition of a `device’ under the Act. While the court agreed that the cell phone was not a device with respect to the arrestee, it opined that the phone was nevertheless a device with respect to Miscannon because the service provider had not furnished it to him.

Accordingly, the court concluded that Miscannon's dialing, direction to place the call on speaker mode, and listening to the conversation constituted his use of the arrestee's cell phone, and, because the trooper was not a furnished `subscriber or user’ of the cell phone, this use was an unlawful interception under the provisions of the Act.

Commonwealth v. Spence, supra (footnote omitted).
The Supreme Court agreed to decide this issue:  “Did a state trooper violate the Wiretap Act when he listened through the speaker on an informant's cellular telephone as the informant arranged a drug deal with the defendant?” Commonwealth v. Spence, supra. The court began its analysis of the issue by explaining that the state’s Wiretap Act
provides for exclusion of evidence derived from intentional interception of a `wire, electronic or oral communication’ without prior approval under procedures not employed in the present case. 18 [Pennsylvania Consolidated Statutes] §§ 5703, 5721.1.

`Any device or apparatus . . .  that can be used to intercept a communication other than . . . (1) Any telephone . . . or any component thereof, furnished to the subscriber or user by a provider of wire or electronic communication service in the ordinary course of its business. . . .’

Commonwealth v. Spence, supra.
On appeal, the Commonwealth (i.e., the prosecution) challenged the Superior Court’s
conclusion that the cell phone was not a `device’ with respect to the arrestee, yet nevertheless was a `device’ with respect to Miscannon because the cell phone was not furnished to the trooper by the carrier. The Commonwealth argues that the trooper did not violate the Wieretap Act when he listened to an informant use his own cellular telephone, with the speaker activated, to arrange a drug transaction with [Spence].

Because a telephone is specifically excluded as a device under the Act, the Commonwealth argues that the arrestee's cell phone fits plainly within the exception because it was furnished to the arrestee, a subscriber, by the service provider. The Commonwealth argues that Miscannon's conduct did not change the fact that the phone had been furnished to the arrestee. Ergo, because the cellular telephone was not a `device,’ the trooper did not “intercept” the communication.

Commonwealth v. Spence, supra.
Spence, on the other hand, argued that
the arrestee did not actually consent to the trooper's eavesdropping on the telephone conversation between the arrestee and [him], and therefore that the Wiretap Act was violated. [Spence] argues further that the Wiretap Act does not provide an exemption pursuant to Section 5702 for the circumstance involved here, where the trooper dialed a number and directed the arrestee to arrange a drug purchase over the phone, while the trooper eavesdropped on the phone conversation.

Commonwealth v. Spence, supra.
Since the parties were arguing about what the language used in the Wiretap Act statutes actually meant, the case involved statutory interpretation.  As the Supreme Court noted,
[s]tatutory interpretation is a matter of law, and our standard of review is de novo and our scope of review is plenary. Commonwealth v. Wright, 609 Pa. 22, 14 A.3d 798, 814 (Pennsylvania Supreme Court 2011). Under the Statutory Construction Act of 1972, 1 [Pennsylvania Consolidated Statutes] §§ 1501 et seq., our paramount interpretative task is to give effect to the intent of our General Assembly in enacting the particular legislation under review.

Commonwealth v. Spence, supra.
The Supreme Court then explained that, based upon its analysis of
the statutory language employed by the General Assembly in the definitional portion of the Wiretap Act, we see no basis upon which to categorize the arrestee's cell phone as a device with respect to him, but not as a device with respect to the Commonwealth.

The intent of the General Assembly may be discerned from the plain language of the words employed in the statute. The cell phone over which the trooper heard the conversations between the arrestee and [Spence] clearly was a telephone furnished to the subscriber or user by a provider of wire or electronic communication service in the ordinary course of its business.

We reject the statement by the Superior Court, that only certain uses of a telephone may exempt the telephone from being considered a device, as being contrary to the plain language contained in the definitional section of the Wiretap Act. See Memorandum Opinion at 12 (emphasis in original).

Accordingly, we hold that a state trooper does not violate the Wiretap Act when he listens through the speaker on an informant's cellular telephone as the informant arranges a drug deal.


The Supreme Court therefore reversed the lower court’s order granting Spence’s motion to suppress and remanded the case back to that court for further proceedings. Commonwealth v. Spence, supra.
Posted by Susan Brenner at 9:32 AM