The Locked iPhones, Search Incident and the 4th Amendment 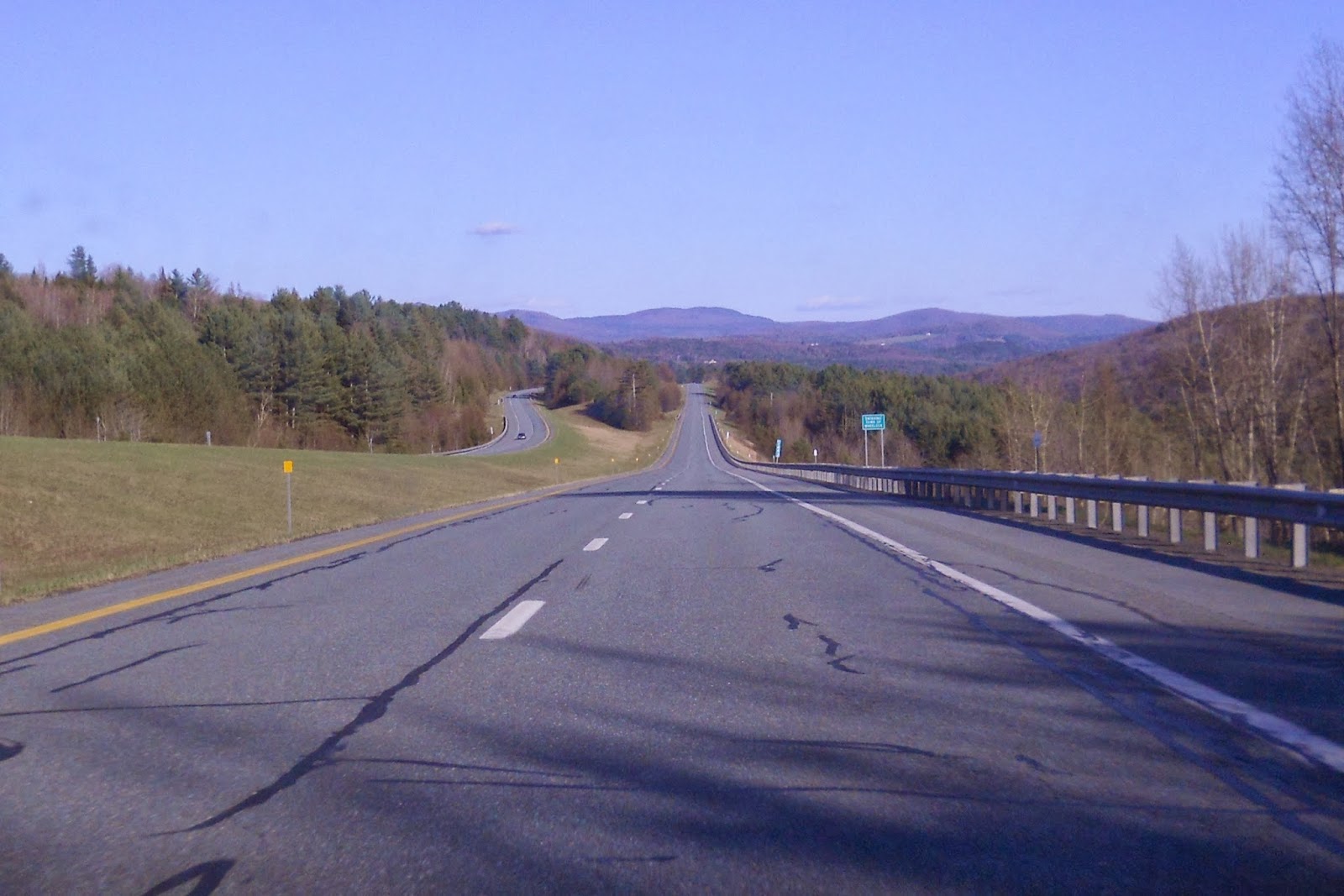 After he was “charged in a one count indictment with knowingly and intentionally distributing heroin in violation of 21 U.S. Code § 841(a)(1)”, Christopher Williams filed a motion to suppress “all evidence discovered after police seized and searched his cell phones following a traffic stop of a vehicle in which [he] was a passenger.”  U.S. v. Williams, 2014 WL 412526 (U.S. District Court for the District of Vermont 2014).

According to the opinion, this is how Williams came to be prosecuted:

On . . . February 7, 2013, Vermont State Police (`VSP’) Trooper Michael Studin was travelling northbound on Interstate 91 in Vermont when he stopped a motorist for an alleged violation of 23 [Vermont Statutes Annotated] § 1038, which requires that vehicles remain entirely in a single lane `as nearly as practicable.’ In the location of the traffic stop, I–91 is a two-laned highway which is separated from two lanes of southbound traffic by a large median. There was light traffic on the day in question and the weather and pavement were clear.

Studin was driving in the passing lane when he approached a vehicle with out-of-state plates which he recognized as a rental car by the placard in its rear window and because the make and model . . . were typical for a rental car. He observed the vehicle `coming close to the dotted center line,’ . . . and maneuvered his cruiser behind [it]. Shortly thereafter, he purportedly observed the vehicle cross the passing lane demarcation and initiated a traffic stop on that basis. At the time, there was no other traffic with which the target vehicle could potentially collide. . . .

The driver provided a New York driver's license and [said] the vehicle was rented by his passenger's girlfriend. . . . Studin noticed `an overwhelming odor of burnt marijuana coming from the car’ and observed `flakes of marijuana’ on [Williams’] clothing and on the floor. . . . Studin asked whether they had been smoking marijuana in the car, and [he] stated they had `rolled a blunt’ and smoked it as they were traveling north.

Studin asked about the purpose of their trip. [Williams said] he was confined to a wheelchair and they were traveling to Saint Albans . . . to retrieve a wheelchair for his use. Studin asked for identification from the [Williams], who denied having photo identification but [said] his name was `Christian Wilson.’ Studin then explained to the men that he stopped the vehicle because it had `drifted into the other lane.’ . . . The driver explained that he was considering changing lanes but decided not to.

Studin then “ordered” the driver to get out of the vehicle, after which the driver consented

to a search of his person and was placed in the front seat of the cruiser. In response to questions, the driver [said they] were from New York and . . . the trip was . . . to pick up a wheelchair. The driver further advised that the marijuana belonged to [Williams]. Studin asked for the driver's consent to search the vehicle. [He] consented . . .but [said] Studin should request [Williams’] consent as well because [his] girlfriend rented it.

VSP Sergeant Eric Albright arrived to assist. . . . After Studin advised him of the situation . . . Albright stated he had received an email describing an individual `from the New York City area that was traveling to the St. Albans area who was confined to a wheelchair.’ . . . He retrieved the email, which provided a description that matched the passenger and identified the person as Christopher Williams. As a result of these facts, Studin determined that the passenger had provided a false name and was actually [Williams].

At approximately 4:15 p.m., Studin went back to the vehicle and obtained [Williams’] written consent for a search of [it]. [He] signed the consent form as `Christian Wilson’ and [said] the marijuana belonged to the driver. Studin helped [Williams] exit and instructed him to leave his cell phone in the vehicle. Thereafter, law enforcement searched the vehicle's interior and discovered three cell phones: two iPhones and a flip phone. [Williams] claimed ownership of all three phones and did not consent to a search of them at that time.

After the officers searched the vehicle, Studin

confronted [Williams] with the information obtained from the email and [he] admitted his true identity. The driver was given a written warning for violating 23 Vermont Statutes Annotated § 1038. [Williams] and the driver were detained and transported to VSP's Brattleboro barracks.

Williams was searched at the barracks and the officers discovered

marijuana on his person. Studin processed [his] cell phones and observed multiple incriminating text messages stored therein. Studin [said] he did not manipulate the cell phones in order to access the messages as they were `clearly visible on the screen . . . without having to do anything to them.’ . . . This was a result of a notification system built into the iPhones that automatically displays missed calls and text messages on the main screen even when the phone is password protected and locked.

Studin testified [at the hearing on the motion to suppress] that the iPhone screens should have been dark because they had not been in use for an extended period of time and he was unsure how [they] became illuminated such that the messages were visible. As for the flip phone, Studin opened [it] to determine whether it was on, at which point he observed additional messages. Studin did not take photographs of the text messages, but took notes and incorporated them into his report.

Detective Matthew Plunkett with the Northern Vermont Drug Task Force who reported that he had conducted a controlled purchase of heroin from [Williams] approximately nine months prior to the traffic stop as part of a federal investigation. Thereafter, a decision was made to charge [him] for the prior sale of heroin. [Williams] was formally arrested for that crime within an hour or two of the traffic stop.

After he was arrested, Williams was taken to a correctional facility where

Detective Plunkett took custody of his three cell phones. Plunkett pressed the power button on the iPhones to illuminate the screens and photographed the incriminating messages, but was unable to search the iPhones further as they were password protected. Plunkett also searched the flip phone, which was not password protected, and reviewed its text messages and call log. The messages . . . `had [evidentiary] value where people were talking about stuff  [Plunkett] believed to be drugs.’

On February 8, 2013, Williams was “charged federally with the May 29, 2012 distribution of heroin.”  U.S. v. Williams, supra. Because the federal authorities thought Williams

U.S. v. Williams, supra. (For a similar warrant and search, check out this news story.)

While he was at the hospital, “`expressed interest in cooperating’” with law enforcement, which led a federal prosecutor to contact his lawyer, who said Williams “might be” interested in cooperating.  U.S. v. Williams, supra.  Discussions between them led to the prosecutor’s asking if Williams would consent to a search of his cell phones, and he agreed, providing “the passwords for his two iPhones, which were searched and” later returned to him.  U.S. v. Williams, supra.

Williams consented to the search of the vehicle after being illegally seized, so he argued his consent was the product of the illegal seizure and the evidence discovered should be suppressed as a “fruit of the poisonous tree.”  U.S. v. Williams, supra.  The prosecution claimed his “detention was proper because he twice provided a false name to authorities in an effort to deflect an investigation of his activities.”  U.S. v. Williams, supra.  The judge agreed, noting that during the traffic stop, Studin had

probable cause to arrest [Williams] for providing false information to a police officer based upon [his] identification of himself as `Christian Wilson’ and an email identifying a man who matched [his] description and travel plans as `Christopher Williams.’ . . .   Searching the vehicle was thus proper . . . because it was objectively reasonable to believethat  evidence of [Williams’] true identity may be discovered in the vehicle from items such as luggage tags, hotel invoices, credit cards, mail, or other documents bearing [his] name, even if law enforcement was more interested in evidence of other crimes.

That brings us to Williams’ argument that the officers’

post-arrest manipulation and inspection of his cell phones cannot be justified as part of a search incident to arrest because those searches lack a temporal proximity to his arrest and were not necessary for officer safety or to preserve evidence. He further argues that his subsequent consent to a search of his phones was tainted by the initial warrantless searches as well as by the use of evidence derived from the phones to obtain an intrusive search warrant of his body's cavities.

The prosecution argued, in response, that the officers’

initial searches of the cell phones' content were constitutional under [the Supreme Court’s decision in Arizona v. Gant], or, in the alternative, [Williams’] consent to a search of his phones five days after the initial search purged any conceivable taint.

As Wikipedia notes, search incident to arrest is an exception to the 4th Amendment’s default requirement that officers obtain a warrant before searching a place, a thing or a person. It allows an officer who has arrested someone to search the person and the area around the person; the justification is to find evidence to prevent it from being destroyed and/or to find weapons that could be used against the officer. You can read more about the exception in this prior post.  In Arizona v. Gant, 556 U.S. 332 (2009), the Supreme Court narrowed the exception somewhat, holding that police can

search the passenger compartment of a vehicle, incident to a recent occupant's arrest (and therefore without a warrant) only if it is reasonable to believe that the arrestee might access the vehicle at the time of the search, or that the vehicle contains evidence of the offense of arrest.

The judge in this case did not address the search incident issue, as such.  Instead, she found that

[a]ssuming arguendo that law enforcement's initial searches of [Williams’] cell phones were unlawful, [his] subsequent consent to the search of the cell phones was voluntary and purged of any arguable taint. Upon his lodging at a correctional facility, [Williams] expressed to law enforcement his desire to cooperate. In the five days that followed his arrest, [he] appeared before a magistrate judge, was appointed experienced counsel, and was advised of his rights. . . .

[He] was accompanied by counsel and presented with the option of providing consent under specific terms to which he and his counsel agreed.  He was not forced to consent to the search or to provide the passwords that would permit it to take place. Instead, his decision to cooperate was a tactical one that he initiated.

So she held that “[b]ecause [Williams’] consent to search his cell phones was an act of free will untainted by the prior search, the exclusionary rule does not apply.”  The judge therefore denied his motion to suppress.  U.S. v. Williams, supra.