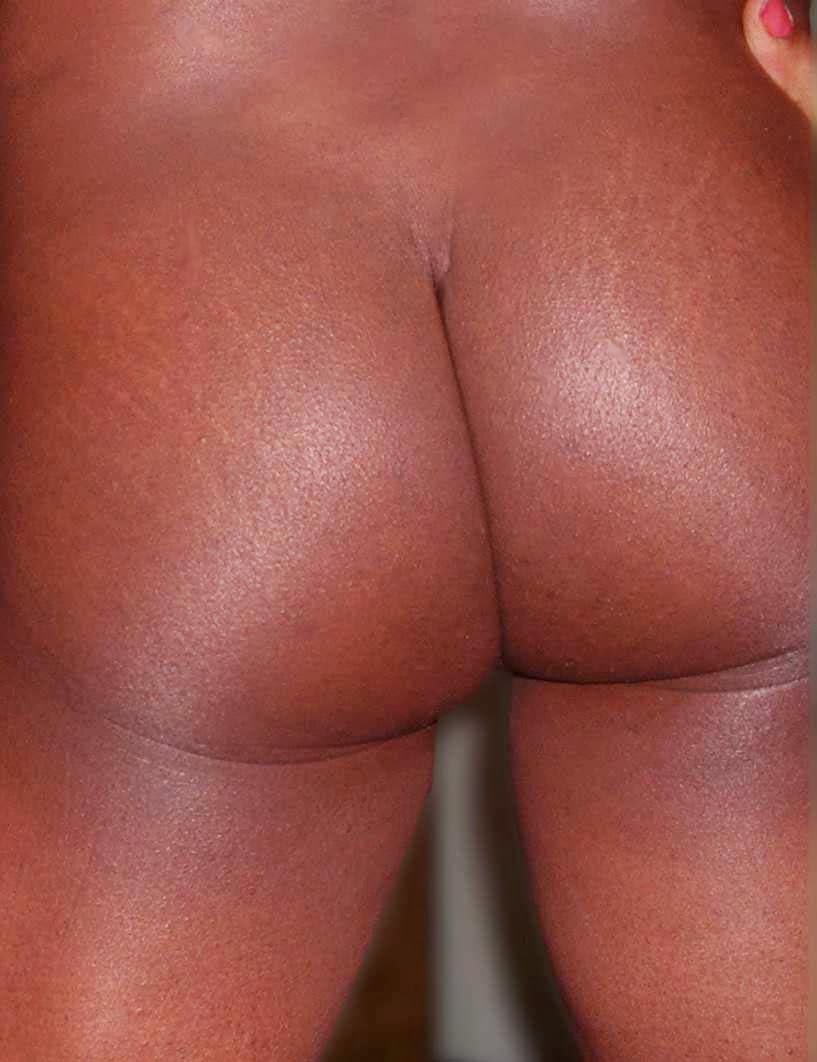 The judge then explained that according to the document that charged Barber with the crimes noted above,

on July 26, 2013, at approximately 3:00 p.m., [Barber] posted naked pictures of Adriana Batch, who was then his girlfriend, on his Twitter account, and also sent those pictures to Ms. Batch's employer and sister.  Ms. Batch did not give [him] permission or authority to do this. [Barber] admitted to a detective that he posted and sent the pictures, but asserted that he informed or obtained permission from Ms. Batch before doing so.

The judge then noted that, since Barber was moving to dismiss the charges as “facially insufficient”, ruling on the motion required “a detailed examination of the content of the accusatory instrument”, i.e., the information that charged him.  People v. Barber, supra.  He explained that the “complete text of its factual recitation, as sworn out by Detective Anthony Cozzi” was as follows:

`I am informed by Adrianna Batch, of an address known to the District Attorney's Office, that she observed [Barber’s] Twitter account post naked pictures of herself and that she recognized the Twitter account as belonging to [him]. Ms. Batch informed me that she did not give [Barber] permission or authority to post naked pictures of herself. Ms. Batch also informed me that she observed that [he] sent the pictures on Twitter to her employer and sister.’

`[Barber] stated in substance to me that he posted naked pictures of Ms. Batch on his Twitter account and that he did inform or obtain permission from Ms. Batch to post said naked pictures.’

The judge then took up the motion to dismiss, explaining that to be facially sufficient,

an Information must contain non-hearsay allegations providing reasonable cause to believe that the People can prove every element of the crime charged. [New York Criminal Procedure Law] § 100.40(1)(a)-(c). . . . Reasonable cause to believe a person has committed an offense `exists when evidence or information which appears reliable discloses facts . . . which are collectively of such weight and persuasiveness as to convince a person of ordinary intelligence, judgment and experience that it is reasonably likely that such offense was committed and that such person committed it.’ [NewYork Criminal Procedure Law] § 70.10(2).

This standard does not require that the Information allege facts that would prove defendant's guilt beyond a reasonable doubt. People v. Jennings, 69 N.Y.2d 103 (New York Court of Appeals 1986). Rather, it need only contain allegations of fact that `give an accused sufficient notice to prepare a defense and are adequately detailed to prevent a defendant from being tried twice for the same offense.’ People v. Casey, 95 N.Y.2d 354 (New York Court of Appeals 2000).

A court reviewing for facial insufficiency must assume the factual allegations in the Information are true and must consider all reasonable inferences that may be drawn from them. [New York Criminal Procedure Law] §§ 100.40, 100.15; People v. Jackson,18 N.Y.3d 738 (New York Court of Appeals 2012).

The judge began his analysis of the Information with the dissemination of an unlawful surveillance image, which he found facially insufficient.  People v. Barber, supra.  He explained that New York Penal Law § 250.55 states that someone is guilty of

`dissemination of an unlawful surveillance image in the second degree when he or she, with knowledge of the unlawful conduct by which an image or images of the sexual or other intimate parts of another person or persons were obtained and such unlawful conduct would satisfy the essential elements of the crime of unlawful surveillance in the first or second degree, intentionally disseminates such image or images.’

He also found it pled no facts that established the second element:  unlawful conduct.  People v. Barber, supra.  The judge noted that “to establish this second element, the statute requires proof that the defendant violated [New York Penal Law] § 250.45 in obtaining the image in one or more of” four ways:

a. For his . . . amusement, entertainment, or profit, or for the purpose of degrading . . . a person, he . . . intentionally uses or installs. . . an imaging device to surreptitiously view, broadcast or record a person dressing or undressing or the sexual or other intimate parts of such person at a place and time when such person has a reasonable expectation of privacy, without such person's knowledge or consent; or

b. For his . . . sexual arousal or sexual gratification, he . . . intentionally uses or installs. . . an imaging device to surreptitiously view, broadcast or record a person dressing or undressing or the sexual or other intimate parts of such person at a place and time when such person has a reasonable expectation of privacy, without such person's knowledge or consent; or

c. For no legitimate purpose, he . . . intentionally uses or installs . . . an imaging device to surreptitiously view, broadcast or record a person in a bedroom, changing room, fitting room, restroom, toilet, bathroom, washroom, shower or any room assigned to guests or patrons in a motel, hotel or inn, without such person's knowledge or consent; or

d. Without the knowledge or consent of a person, he . . . intentionally uses . . . an imaging device to surreptitiously view, broadcast or record, under the clothing being worn by such person, the sexual or other intimate parts of such person.

`when, with intent to harass, annoy, threaten or alarm another person, he . . . communicates with a person, anonymously or otherwise, by telephone, . . . or by mail, or by transmitting or delivering any other form of written communication, in a manner likely to cause annoyance or alarm.’ [New York] Penal Law § 240.30(1)(a). Clearly, it is essential to a charge of Penal Law § 240.30(1)(a) that the defendant undertake some communication with the complainant. . . .

In this case, the Information contains no factual allegation supporting the inference that [Barber] had any communication at all with Ms. Batch. It does not even allege that she received a Tweet from him containing the pictures, only that she saw that [he] had posted them on his Twitter account and saw that he had emailed them to her employer and sister.

The judge therefore dismissed the aggravated harassment charge because Barber

did not cause a communication to Ms. Batch to be initiated by mechanical or electronic means, or indeed at all. He did not communicate with Ms. Batch directly via computer, nor did he use the computer to encourage others to do so. He merely posted photographs to his Twitter account, where Ms. Batch saw them, and sent them to third parties, who apparently showed them to her. Importantly, however, there is no allegation that they did so at [his] behest.

Section 245.11(a) states that someone is guilty of public display of offensive sexual material when,

with knowledge of its character and content, he displays or permits to be displayed in or on any. . . viewing screen, moving picture screen, marquee or similar place, in such manner that the display is easily visible from or in any. . . place accessible to members of the public. . .; any pictorial, three-dimensional or other visual representation of a person or a portion of the human body that predominantly appeals to the prurient interest in sex and that:  (a) depicts nudity, or actual or simulated sexual conduct or sado-masochistic abuse. . . .

The judge found the Information in this case was facially insufficient to plead “two elements” of this offense.  People v. Barber, supra.

First, the Information fails to sufficiently plead facts from which it can be inferred that there was a `public display’ of the pictures of Ms. Batch. The terms of the statute clearly do not encompass either posting an image on Twitter -- a subscriber-based social networking service -- or sending images to a small number of private individuals, who might not even look at the email or open the attachments. Both of these are private acts.

As the Court of Appeals has observed, `it is obvious that article 245 was aimed at protecting the public -- unsuspecting, unwilling, nonconsenting, innocent, surprised or likely-to-be offended or corrupted types of viewers' . . .  from the sight of offensive activities and materials.’ People v. McNamara, 78 N.Y.2d 626 (New York Court of Appeals 1991). Even taking into account the vast technological changes since 1971, when § 245.11 was enacted, the actions alleged here simply do not constitute the `indiscriminate thrust upon unwilling audiences,’ People v. Isaac, 69 Misc.2d 758 (Criminal Court, Bronx County 1972), that the statute was intended to cover.

The judge also found that the information failed to sufficiently plead facts from which it
can be inferred that the pictures at issue `predominantly appeal[ed] to the prurient interest in sex’ as required by [New York Penal Law] § 245.11. . . . [I]t is not enough to simply plead that the images were of a naked person, which is all the Information here alleges. The statute clearly requires both that the image `depict[ ] nudity’ and that the image `predominantly appeal to the prurient interest in sex.’
Case law amply supports the proposition that nudity alone is not enough. In People v. Oshry,131 Misc.2d 888 (Justice Court, Townof Clarkstown 1986), a photograph of a man fondling the bare buttocks of a woman appealed to the `prurient interest.’ It was a `highly sensual, erotic picture bluntly suggestive of dynamic sexual conduct between the parties. It invites, even commands one to consider the imminence of further sexual conduct since the hands are grasping or holding the buttocks and their bodies are clearly pressed against each other.’  People v. Oshry, supra.

By contrast, People v. Lou Bern Broadway, Inc., 68 Misc.2d 112 (Criminal Court, City of New York 1971), . . .  involved a prosecution under § 245.11 for a large photograph of a nude woman in a `prone position with her buttocks exposed and visible,’ displayed outside a movie theater along with several smaller photographs of women `apparently nude, with opaque or translucent coverings over buttocks and breasts.’ The Court of Appeals concluded that `the displays in this case . . . do not fall within the proscription of the statute.’ People v. Lou Bern Broadway, Inc., supra.  Here, as in Lou Bern, the allegation of a depiction of nudity, by itself, does not violate § 245.11.’

The judge held that because the Information “fails to allege any sort of public display, and alleges only that the images contained nudity, without any facts in support of the `prurient interest” element” it was “facially insufficient.”  People v. Barber, supra.  He therefore dismissed all the charges, noting that “[Barber’s] conduct, while reprehensible, does not violate any of the criminal statutes under which he is charged.”  People v. Barber, supra.