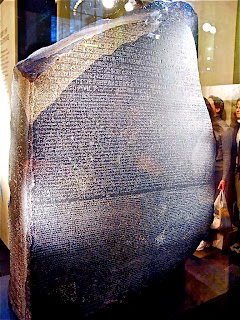 As this press release from the U.S. Attorney for the Northern District of Georgia explains, on August 2, 2011 Carl Skow, of Marietta, Georgia, was indicted on federal charges of


attempting to obtain a minor for the purpose of engaging in a commercial sex act, enticement of a minor to engage in sexual activity, and possession of child pornography. . . . In June 2011, an undercover federal agent responded to an ad posted by Skow on an online classifieds website in which he offered a younger girl sex for money.


Between early June 2011 and July 6, 2011, Skow and the agent communicated several times through electronic mail, by telephone, and in person, regarding [his] interest in purchasing a minor female from Guatemala for sexual services. Skow agreed to pay the agent $2,500 for a year of her services and made a down payment of $1,250. . . . The agent and Skow agreed to meet at Hartsfield-Jackson International Airport on July 6, 2011, where SKOW planned to pick up the minor female, and make the final $1,250 payment to the undercover agent.


On that day at the agreed meeting location, Skow was arrested in possession of the final payment.  Also on July 6, agents executed a search warrant at [his] home and found, among other items, numerous images of child pornography on Skow’s home computer.


This post examines a recent opinion in which the federal district court judge who has the case ruled on Skow’s motion to suppress certain evidence.  U.S. v. Skow, 2013 WL 5493308 (U.S.District Court for the Northern District of Georgia 2013).  As to how the motion arose, the judge explained, in an earlier opinion, that


Agent Tad G. Schlatre presented a search warrant application to Judge Linda T. Walker on July 6, 2011, seeking a warrant to search [Skow’s] residence at 502 Olde Mill Lane in Norcross, Georgia, to include a search of computer storage media and other items specified in the application. . . . The warrant application recited that it was seeking evidence of the violation of 18 U.S. Code § 2422(b), which makes it a crime to persuade, induce, entice, or coerce a minor to engage in prostitution or any other criminal sexual activity, or attempt to do so. . . .


Judge Walker signed the warrant, which was executed by law enforcement at [Skow’s] residence at about the same time [he] was being arrested at the Atlanta Airport when he showed up for a meeting with an undercover agent.


In the opinion this post examines, the district court judge adopts the “report and recommendation” a U.S. Magistrate Judge wrote analyzing Skow’s argument in his motion to suppress.  As Wikipedia explains, a U.S. District Court judge can assign a Magistrate Judge to write a “Report and Recommendation” on a legal issue and submit it to the District Court Judge, who accepts it as written, rejects it or ask that it be revised.


The issue the Magistrate Judge analyzes is whether,


under the plain view doctrine, during the search of [Skow’s] computer undertaken pursuant to a warrant, the officers were lawfully in a place where the incriminating or evidentiary character of the images of child pornography would have been `immediately apparent,’ assuming that the officers were not authorized by probable cause under the warrant to search for child pornography.


At the hearing on Skow’s motion to suppress, two of the agents who participated in the investigation testified about the process used to search Skow’s computer.  Schlatre did not perform the forensic analysis of the computer, but was the affiant on the application for the search warrant and testified how agents, “generally speaking,” would go about


In addition, . . . the agents were looking for evidence of purchase of a copy of any `Rosetta Stone’ language courses or materials. . . . To look for this evidence, agents would use a keyword search. . . . Alternatively, agents could look for a logo for Rosetta Stone or a picture of the packaging indicating that someone went to a website for it. . . .Examiners would look in different places in the computer for any such evidence. . . .


The warrant also authorized a search for evidence of the purchase of a girl's bicycle as a means of transportation for a teenage girl. . . . Insofar as the warrant authorized search for `[a]ny evidence of preparation for the arrival of a 14–year–old female, including[,] but not limited to, girl's clothing, beds, toys, games,’ . . . the agent would do word searches for these items and also look for pictures of toys and games. . .


The warrant also authorized a search for certain photographs of minor girls provided by the undercover agent to [Skow]. . . . Again, the agent testified that the examiner could be expected to do a keyword search for the particular e-mail account that the pictures were sent to. . . . would also look in the internet cache or in slack space, but ultimately would have to look at all the pictures on the computer to find them. . . .


`Encase Portable.’ . . . After performing several operations on the computer and hard drives over a two-hour period, he received a manageable `bucket of images’ to look at. . . . He immediately noticed . . .child pornography. . . . At that point he just shut the preview down because they were seizing the computers anyway. . . .


Richardson was looking for child pornography because he believed the warrant authorized him to do that. . . . [I]f he had just been looking for photographs of Mariena when he searched under the search warrant he would not have done anything differently. . . . And with regard to Rosetta Stone, the bicycle, the children's clothing, the evidence of usership, he would have scrolled through all the images. . . .


In his opinion, someone who found child pornography on this computer had to be

He said that if he had been asked to look for information regarding a girl's bicycle or women's clothes he would have said the search was too broad. . . . He agreed that once he found what he thought was a picture, ultimately he would have to open the picture and look at it to be sure it was what he was looking for. . . .


He admitted that if he was looking for evidence of [Skow’s] preparation to bring a young Guatemalan girl into his home for sex he would search `Guatemala.’ . . .  If he did that, this file would come up. . . . He could then play the video and determine whether, as the title suggests, it showed a 9–year–old Guatemalan girl being raped. . . .  He admitted that if he had gone as far as to find this link he would have had reason to believe that the link was pornographic in nature and involved a child. . . .


In his motion to suppress, Skow argued that


a properly limited search using hash values and keywords would have immediately disclosed the pictures of the young girls given to [him] by the undercover officer, any reference to a girl named `Mariena,’ any reference to Rosetta Stone language courses, and any indicators of ownership of the computer, without ever placing the examining agents in a place where they would have seen child pornography.