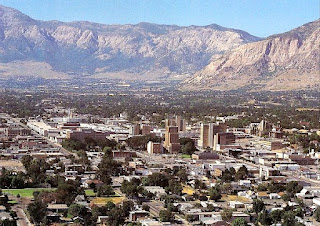 
This is all the opinion has to say about how Rincon came to be charged with identity fraud:


Several years ago, [Rincon] made up a random combination of nine numbers and began representing the number set as his social security number. Over the years, [he] used the invented number numerous times and in multiple states for employment purposes.


Most recently, [he] used the number when he began working at a candy store in Ogden. [Rincon]  had no clue whether the number had actually been assigned to anyone, and he had never seen, purchased, or possessed any identification or other documents indicating that it belonged to someone else.


As it turns out, the nine-digit combination [Rincon] concocted happens to be the social security number of a woman living in Arizona, who lost her job in May 2010. When the woman was denied an extension of her unemployment benefits because, according to her social security records, she was employed by a candy store in Ogden, Utah, the authorities became involved, and [Rincon’s] ruse was discovered.


Because he used what proved to be another person's social security number in connection with his job at the candy store, [Rincon] was arrested and charged with identity fraud.


After being charged, Rincon waived his right to a jury trial and opted for a bench trial.  State v. Rincon, supra. After the prosecution had finished presenting its evidence and rested, he moved to dismiss the charge against him.  To understand his motion, it is necessary to understand the nature of the offense with which Rincon was charged.


The statute under which he was charged provides, in part, as follows:

(2)(a) A person is guilty of identity fraud when that person:


(i) obtains personal identifying information of another person whether that person is alive or deceased; and

(ii) knowingly or intentionally uses, or attempts to use, that information with fraudulent intent, including to obtain, or attempt to obtain, credit, goods, services, employment, any other thing of value, or medical information.


On appeal, Rincon argued that the


plain meaning of the word `obtains’ as used in the identity fraud statute does not include the invention of a number, using only one's imagination, that coincidentally turns out to be another's social security number or other personal identifying information. . . .


Based on his contention that his invention of a number cannot be construed to mean that he `obtained’ another person's social security number, [Rincon] argues that there was insufficient evidence presented at trial to support his conviction of identity fraud.


`When reviewing a bench trial for sufficiency of the evidence, we must sustain the trial court's judgment unless it is against the clear weight of the evidence, or if [we] otherwise reach[ ] a definite and firm conviction that a mistake has been made.’ State v. Gordon, 2004 UT 2, 84 P.3d 1167. . . .


The Court of Appeals began its analysis by outlining the arguments on both sides, noting, first, that Rincon was claiming that the


word `obtain’ plainly connotes some sort of affirmative act or effort to acquire personal identifying information from some external source. He reasons that simply concocting a nine-digit numerical combination lacks the necessary affirmative effort and, as a result, is nothing more than the product of one's own mental creativity. . . .


[T]he State employs a much broader reading of the statutory language to justify its conclusion that `obtain’ is almost perfectly synonymous with the word `get.’ In effect, the State's reading includes any conceivable method of `getting’ -- i.e. taking, receiving, discovering, fabricating, overhearing, reading, creating, theorizing, hypothesizing, etc. The State argues that the `obtain[ing]’ element is satisfied so long as a person `gets’ the personal identifying information of another, regardless of the source of that information and even if the person merely concocts what coincidentally turns out to be someone else's personal information. . . .


The court then explained that when it is interpreting state law,


The standard dictionary definition of `obtain’ is `to gain or attain possession or disposal of usually by some planned action or method.’ Webster's Third New Int'l Dictionary 1559 (1993). Common synonyms of `obtain’ include: `acquire, attain, bag, bring in, capture, carry, come by, draw, gain, garner, get, knock down, land, make, obtain, procure, pull down, realize, reap, secure, win.’ See Merriam–Webster OnLine, http://www.merriam-webster.com/thesaurus/obtain (last visited Dec. 19, 2012). Although `get’ is listed as a synonym, in actual usage `obtain does not mean simply “get”’; it means `to gain or attain usually by planned action or effort.’ Merriam Webster's Dictionary of English Usage 677 (1989).


The Court of Appeals therefore found that “[b]ased on a plain reading of the statute” at issue, “obtain”


necessarily involves (1) some planned action or effort (2) related to an external source. Given those two requisite components, mental processes resulting in an unintended match with someone else's personal information cannot logically be considered a method of `obtaining’ information.


Information, or anything for that matter, cannot be `obtained’ unless there is some planned action or effort involved. See Webster's Third New Int'l Dictionary 1559 (1993); Merriam Webster's Dictionary of English Usage 677 (1989).


mentally concoct a nine-digit number is no different than the effort exerted by a person who dives into a dumpster to scavenge a document containing another's social security number. We disagree. The contrasts between the two are quite stark. Merely thinking a thought, as [Rincon] did, is very different from purchasing, reading, looking for, stealing, digging up, or foraging for something.


Generating thoughts or ideas in one's own mind is not the same or even analogous to the type of planned action or effort contemplated by the plain meaning of `obtain,’ and our jurisprudence prohibits us from reading substantive terms into a statute that are not already there. . . . [W]e must assume that each word of the statute was used purposefully by the Legislature, see Platts v. Parents Helping Parents, 947 P.2d 658 (Utah Supreme Court 1997), and if the Legislature intended to proscribe everything from stealing, dumpster diving, and eavesdropping to hypothesizing, inventing, and mentally fabricating, then it certainly could have so indicated in the text of the statute.


The Court of Appeals also explained that the


planned action or effort contemplated by the plain meaning of `obtain’ must be related to an external source. That external source could be any number of things -- i.e., another person, a document, a television or radio program, music, etc. -- but it cannot logically be a person's internal thought processes. Thoughts, ideas, or information generated within a person's own mind are not, in common parlance, `obtained’ by the thinker because they do not come to the thinker from any separate or distinct source.


The prosecution argued, in response to this reasoning, that limiting “obtain” to


That suggestion . . . ignores the distinct differences between a purchaser and a creator of information, namely the inconsistent methods by which the two come to possess the information. It also encourages us, once more, to stretch `obtain’ well beyond its plain meaning and ordinary usage in order to reach every conceivable possessor of personal identifying information. Again, if the Legislature intended the identity fraud statute to encompass each and every form of acquiring information, including mental fabrication, then it could easily have structured the statute to reflect that intention.


The Court of Appeals then applied its interpretation of “obtain” to this case:


No evidence was introduced at trial to indicate [Rincon] did anything but invent and then use a number that coincidentally turned out to be another person's social security number. There is also no record evidence showing that [he] acquired the number from anywhere other than his own imagination. Therefore, the State failed to prove that [Rincon] `obtain[ed] the personal identifying information of another . . . and in turn failed to present sufficient evidence to support [his] conviction.


It also explained that in “concluding [Rincon] did not `obtain’ the social security number that he used for employment purposes, we most certainly do not condone his conduct or even suggest that he did not commit a crime.” State v. Rincon, supra (citing 42 U.S. Code § 408(a)(7)(B)). But it reiterated that he “did not commit identity fraud under Utah law.”  State v. Rincon, supra.


So the Court of Appeals  reversed his conviction and vacated “his resulting sentence.”  State v. Rincon, supra.  (Unfortunately, I do not know what it was.)

As I explained in a post I did several years ago, the U.S. Supreme Court has held that the federal identity theft/fraud statute is a "theft" crime, which means there must be a real victim.  Here, that issue did not come up, which is why this court had to address the other, related issue, i.e., that the thief have "taken" something from the victim.  It will be interesting to see if and how other U.S. state courts address this issue.
Posted by Susan Brenner at 7:37 AM