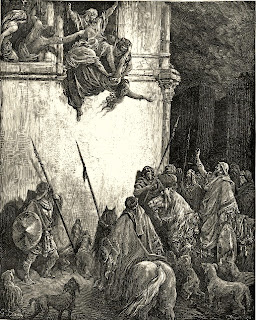 a resident of the city of St. Louis, sent a number of emails to various St. Louis area public officials. The emails contained text, audio attachments, or both. An alderwoman for the Sixth Ward of St. Louis was one of the recipients of these emails. Wooden did not send any email to the alderwoman exclusively, and each email included as many as 40 recipients. The alderwoman received the emails at an address displayed on her official website.

In the audio attachment, Wooden made reference to dusting off a sawed-off shotgun and indicated that, at one point in life, he had personally sawed off the barrel of a shotgun and sanded down the edges. Wooden stated he was going to make `a mess of everything with his sawed-off.’

Additionally, Wooden referred to himself as a domestic terrorist and referred to the John F. Kennedy assassination, the murder of a federal judge, and the shooting of a congresswoman, presumably the shooting of Congresswoman Gabrielle Giffords and murder of United States District Court Judge John Roll. Wooden's tone throughout a majority of the recording was menacing and, at times, maniacal.

The opinion also explains that the alderwoman

received four emails between February 19 and February 21. On February 21, after receiving the fourth email, she emailed Wooden and asked him to stop emailing her.

Between February 21 and February 24, Wooden sent three additional emails. At some point, the alderwoman contacted the police because she felt threatened by the emails. She also sought a restraining order because, as she testified at trial, she feared for her safety due to the threatening nature of the emails and the references to the sawed-off shotgun.

On appeal, Wooden argued that his harassment conviction under Missouri Revised Statutes § 565 .090.1(2) should be reversed because (i) the statute “punishes him for exercising his right to free speech guaranteed under the 1st Amendment” and/or (ii) the evidence was not sufficient to “support his conviction.”  State v. Wooden, supra.  As to his harassment conviction under Missouri Revised Statutes § 565 .090.1(5), he argued that it “constitutes plain error because this Court overturned that provision in State v. Vaughn, 366 S.W.3d 513 (Missouri Supreme Court en banc 2012).” He does not seem to have challenged the marijuana conviction.

The Supreme Court began its analysis of Wooden’s 1st Amendment argument by noting that the statute under which he was convicted, § 565 .090.1(2), states that one commits the crime of harassment

`if he or she . . . . [w]hen communicating with another person, knowingly uses coarse language offensive to one of average sensibility and thereby puts such person in reasonable apprehension of offensive physical contact or harm[.]’

The court also explained that the 1st Amendment

`means that government has no power to restrict expression because of its message, its ideas, its subject matter, or its content.’ Police Dep't of Chicago v. Mosley, 408 U.S. 92 (1972). The ability to criticize the government and public officials are undeniably privileges that are afforded to all citizens under the 1st Amendment. . . . See Cohen v. California, 403 U.S. 15 (1971); N.Y. Times Co. v. Sullivan, 376 U.S. 254 (1964). Significantly, `[t]he constitutional guarantees of freedom of speech forbid the States to punish the use of words or language not within narrowly limited classes of speech.’ State v. Vaughn, supra (quoting Hessv. Indiana, 414 U.S. 105 (1973)).

But, as the Supreme Court also noted, the right to free speech

`It has been well observed that such utterances are no essential part of any exposition of ideas, and are of such slight social value as a step to truth that any benefit that may be derived from them is clearly outweighed by the social interest in order and morality.’ Chaplinsky v. New Hampshire, supra. . . . `Resort to epithets or personal abuse is not in any proper sense communication of information or opinion safeguarded by the Constitution, and its punishment as a criminal act would raise no question under that instrument. Cantwell v. Connecticut, 310 U.S. 296 (1940).

The Supreme Court then took up Wooden’s 1st Amendment challenge to Missouri Revised Statutes § 565.090.1(2), noting that while his communications

with the alderwoman involved criticism of her work as alderwoman, Wooden has not carried his burden of demonstrating that § 565.090.1(2), as applied to him, clearly contravenes a constitutional provision. In addition to the criticism of the alderwoman and other St. Louis area public officials, Wooden discussed using a sawed-off shotgun, domestic terrorism, and the assassination or murder of politicians.

He did so while likening the alderwoman to the biblical character, Jezebel, who was eaten by dogs as punishment for her abuse of power, and referring to the alderwoman as a `bitch in the Sixth Ward.’ These communications are words that, taken together, `through their very utterance inflict injury or tend to incite an immediate breach of the peace’ and are not protected by the 1st Amendment. . . . Chaplinsky v. New Hampshire, supra.

case of Cohen v. California. Cohen was convicted of disturbing the peace for wearing a jacket bearing the words `F___the Draft.’ Cohen v. California, supra. Cohen was convicted under a statute that prohibited `maliciously and willfully disturb(ing) the peace or quiet of any neighborhood or person . . . by . . .  offensive conduct. . . ‘ Cohen v. California, supra. The Supreme Court found the conviction was unconstitutional because it clearly rested on the offensiveness of the word used. . . . Wooden argues that his conviction, similar to Cohen, rests solely on the offensiveness of the word `bitch’ used in his communications.

Cohen is distinguishable from Wooden's case. Wooden's argument that his conviction rests solely on the offensiveness of the language he used completely ignores his references to dusting off his shotgun, domestic terrorism, and the assassination of a number of politicians. Unlike in Cohen, where the statute criminalized only `offensive conduct,’ here § 565.090.1(2) required the jury to find Wooden used `coarse language offensive to one of average sensibilities' and that such communication `put[ ] [the alderwoman] in reasonable apprehension of offensive physical contact or harm.’

Speech that causes a fear of physical harm is not speech protected by the United States . . . Constitution. Rather, it falls into the category of words `[that] by their very utterance inflict injury or tend to incite an immediate breach of the peace’ and do not receive constitutional protection. Chaplinsky v. New Hampshire, supra.

The Constitution does not afford the luxury of allowing an individual to send threatening communications to politicians, pepper them with political speech, and then hide behind the individual rights he or she has maliciously abused. While portions of Wooden's messages constituted actual criticism of the alderwoman, there is nothing unconstitutional about punishing Wooden for those unprotected portions that placed the alderwoman in `reasonable apprehension of offensive physical contact or harm.’ Because § 565.090.1(2) punished Wooden for his unprotected communications, it is not unconstitutional as applied.

The court then took up Wooden’s argument that the evidence was not sufficient to support his conviction under Missouri Revised Statutes § 565 .090.1(2), which

has three elements: 1) the defendant makes a communication with another person, 2) during that communication the defendant uses “coarse language offensive to one of average sensibility,” and 3) “thereby puts such person in reasonable apprehension of offensive physical contact or harm.” Wooden admits he made a communication, but he asserts that there was insufficient evidence for a juror to reasonably find the final two elements of the crime.

More precisely, Wooden argued that there was insufficient evidence to support a

finding that he used coarse language offensive to one of average sensibility in his communications. This Court in State v. Koetting, 691 S.W.2d 328, 331 (Missouri Supreme Court en banc 1985), held that `[c]oarse language directed specifically to an average person is likely to be offensive.’ Wooden claims that he never directed any coarse language at the alderwoman.

This contention is undercut by the audio attachment in which Wooden called the alderwoman the `bitch in the Sixth Ward,’ made reference to making a mess of everything with his sawed-off shotgun, and discussed John F. Kennedy getting his `cherry popped.’ Moreover, Wooden directed these remarks at the alderwoman merely by sending her the email containing the attachment. Taken together, there was sufficient evidence from which a juror could reasonably find that Wooden used `coarse language offensive to one of average sensibility.’

Wooden also argued that there was insufficient evidence to find that the alderwoman’s
fear of harm or physical contact was reasonable. State v. Wooden, supra. He claimed the

fear was unwarranted because he did not make any specific threats of harm and his statements were `metaphoric.’ As has been noted repeatedly, Wooden singled out the alderwoman in his audio attachment, he discussed the assassination of politicians, referred to himself as a domestic terrorist, and stated he would make a mess of things with his shotgun. Wooden's claims that the statements were metaphoric is irrelevant.

As to his conviction under Missouri Revised Statutes § 565 .090.1(5), Wooden argued that he had “suffered a manifest injustice because this Court in State v. Vaughn, supra ruled that § 565.090.1(5) was unconstitutionally overbroad.”   State v. Wooden, supra. And since the prosecution conceded “that allowing Wooden's conviction” under this statute “to stand would constitute a manifest injustice”, the Supreme Court reversed his conviction on that charge. State v. Wooden, supra.