Anonymous Tips and the Computer-Generated Email 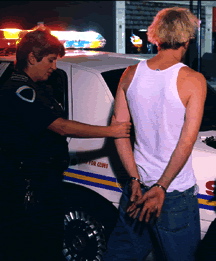 After he was charged “with first-degree unlawful manufacture of a controlled substance” in violation of Alabama Code § 13A–12–218, George Willie Polland moved to suppress “evidence seized as a result of a traffic stop.”  State v. Pollard, --- So.3d ----, 2012 WL 6554249 (Alabama Court of Criminal Appeals 2012). Pollard argued that “contraband” discovered during the stop and an ensuing search because the search was conducted “`without a warrant.’” State v. Pollard, supra.

The judge who had the case held a hearing on the motion, and the evidence presented at the hearing established that on January 12, 2011, at approximately 3:18 p.m.,

[A]n individual is placed on the watch list if Cargill knows the individual uses methamphetamine or purchases `excessive amounts of pseudoephedrine.’ . . . Cargill . . . entered Pollard into the watch list because of prior involvement with him in September 2010; Pollard `had previously been arrested for the precursor, and he is a known meth user and possibly a meth cook.’ . . .

Cargill contacted Detective Michael Rogers, a narcotics investigator with the Opelika Police Department, and told Rogers he received an e-mail alert indicating Pollard had purchased pseudoephedrine at a Wal–Mart discount store in Opelika. After Rogers received the information from [He] positioned his vehicle `on the edge of the roadway facing northbound at exit 64 . . . to observe any vehicles traveling north. And [his] main purpose . . . was to observe the vehicle [Pollard] was occup[ying].’

While Rogers was waiting, a “black vehicle” passed him, which was occupied by

`two black males and a redheaded female.’ Rogers was familiar with Pollard and [his] wife, Christy.[He] knew Christy had red hair so he decided to follow the vehicle to determine whether [she] was the `redheaded female’ in the vehicle and . . . whether Pollard was also in [it].

When Rogers pulled up next to the vehicle he saw Pollard in the front passenger seat. [He] `fell back in behind’ the vehicle, ran [its] license tag number, and determined it was registered to Steve Madden.

Rogers [asked] . . . Madden . . . to step out of the vehicle. . . . [and] consent to search [it]. Madden gave Rogers consent to search the vehicle, and, during the search, Rogers discovered `a gallon can of Coleman camp fuel,’ `a box of Aleve–D cold pills,’ and two bottles of `one hundred percent household drain cleaner’ on the rear floorboard -- items commonly used in the manufacture of methamphetamine.

While Pollard’s motion to suppress was based on the absence of a warrant, the trial judge “framed the issue” as “`whether or not this e-mail is enough to base a stop on’”. State v. Pollard, supra. After he heard the evidence presented at the hearing, the judge said “`I have never had a situation where I have known of a stop based on a computer software generated e-mail.’”  State v. Pollard, supra.  “After analogizing the e-mail alert to an anonymous tip,” he “ordered the parties to research the issue and return the following morning.” State v. Pollard, supra.

When the attorneys met with the judge the next morning, none had found any cases that dealt with this issue.  State v. Pollard, supra. The judge then issued an  order that provided, in part, as follows:

`It appears this matter is a matter of first impression for this Court since it involves an electronic e-mail; however, it is the Court's opinion that the caselaw involving anonymous tips would be applicable to this fact situation.

Furthermore, the Court took this matter under advisement and asked the parties to research whether or not they could find a case involving a stop based on an electronic e-mail. When the hearing was recommenced on June 21, 2011, the attorneys informed the Court that they could not find any case directly on point.’

The prosecution appealed, claiming the judge erred when he “`held that . . . the computer generated e-mail alert was analogous to an anonymous tip.’” State v. Pollard, supra.  The Court of Appeals began its analysis of the issue by noting that

‘“[u]nder Terry v. Ohio, 392 U.S. 1 (1968), law enforcement officers may conduct investigatory stops of persons or vehicles if they have a `reasonable suspicion that criminal activity has occurred, is occurring, or is about to occur.’ . . . ‘Reasonable suspicion is a less demanding standard than probable cause,’ Alabama v. White, 496 U.S. 325 (1990), requiring only that the detaining officers ‘have a particularized and objective basis for suspecting the person detained of criminal activity’.  Webb v. State, 500 So.2d 1280 (Alabama Court of Criminal Appeals 1986). . . .’”

The court then found that the trial judge erred in relying “solely on the Alabama Supreme Court's decision” in Ex parte Aaron, supra because “Aaron is distinguishable from this case.”  State v. Pollard, supra.  It noted that the following occurred in the Aaron case:

`Aaron was one of two passengers in an automobile being driven by [Brian] Shaver. An anonymous tip, purporting to be from an employee of a Wal–Mart discount department store where Aaron, Shaver, and Joyce Lawler Shaver, Shaver's wife, had purchased several packages of over-the-counter cold medication containing pseudoephedrine, led to a warrantless stop of Shaver's vehicle. . . . After the vehicle was stopped, a deputy saw the packages of the cold medication in ‘plain view’ in the vehicle. Subsequently, Aaron, Shaver, and Joyce Shaver were arrested.’

The Court of Appeals noted that in ruling on the permissibility of the stop in a related case, the Alabama Supreme Court found that

In the Shaver case, the Alabama Supreme Court then held that the

scant evidence provided by [the deputy sheriff] concerning the nature of the Wal–Mart telephone call provides insufficient indicia of reliability to establish the requisite `reasonable suspicion; required under Terry v. Ohio, supra for an investigative stop.

As explained, no evidence was presented to indicate that any police work preceding the stop in any way corroborated the telephone tip so as to cumulatively provide `reasonable suspicion’. . . . In the absence of the constitutionally required reasonable suspicion to support the initial stop, none of the evidence gained as a result of that stop or the ensuing detention is properly admissible. Accordingly, the trial court erred when it denied Shaver's motion to suppress the evidence. . . .

In the Aaron case, the Alabama Supreme Court based its holding on the facts and on its application of the law to those facts in Ex parte Shaver:

Accordingly, Aaron's motions to suppress . . . the pills containing pseudoephedrine and the subsequent statement she made to police . . . should have been granted.

The Court of Appeals then addressed the issue involved in Pollard’s appeal, noting that in the Aaron case, the “sole basis” for the stop was an anonymous tip, while here the

e-mail Cargill received informing him Pollard had purchased pseudoephedrine from a Wal–Mart discount store, which he . . . relayed to Rogers, was not the sole basis for conducting the stop of the vehicle in which Pollard was riding. . . . .

When Rogers pulled up next to the vehicle he believed to be occupied by Pollard, he saw Pollard in the front passenger seat. Rogers then `fell back in behind’ the vehicle, ran the vehicle's license tag number, and determined that it was registered to `Steve Madden.’ Rogers `was informed that [Madden] had an outstanding warrant’ for theft of property.

After Rogers learned Madden had an outstanding warrant, [he] activated his emergency equipment and initiated a traffic stop. . . . based on the outstanding warrant for Madden and on the information he had that Pollard had purchased pseudoephedrine. Thus, the State's evidence . . . established a second, independent reason for conducting the investigatory stop on the vehicle in which Pollard was riding.

The Court of Appeals then held that the trial judge’s order granting the motion to suppress would be reversed, because although Pollard argued,

in his brief on appeal, that `the record is completely devoid of any evidence that Rogers knew that Madden was driving the vehicle’ . . . , Rogers testified that he received information that the registered owner of the vehicle, Madden, had an outstanding warrant for theft of property.

Thus, Rogers had sufficient justification to conduct a stop on the vehicle to determine whether Madden was, in fact, in the vehicle. See Alabama Code § 15–10–3(a) (when a law-enforcement officer `has actual knowledge that a warrant for [a] person's arrest for the commission of a felony or misdemeanor has been issued’ he may `arrest [that] person without a warrant, on any day and at any time’).

State v. Pollard, supra.  The reversal of the motion to suppress, of course, means the case will move forward.

And what about the status of the computer-generated email as an anonymous tip . . . the central issue in the appeal?  In a footnote, the Court of Appeals explained that

[w]e need not decide whether the circuit court correctly held that the e-mail at issue here is analogous to an anonymous tip. Even if that analogy is correct, Aaron is distinguishable from the facts of this case.

So . . . the issue survives, to be resolved, one hopes, by another court in the near future.