The "Sex Chats" and Theft of Services 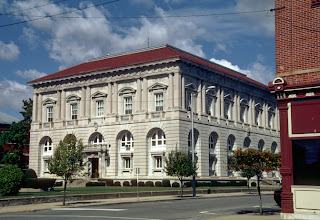 As I noted in an earlier post, the “theft of services” crime is a relatively new addition to criminal law.

Traditional theft crimes make it a crime to take someone else’s personal property (e.g., money, purse, jewels, laptop, etc.) from them without their consent. (Robbery crimes are a special class of theft offenses that target using force to take the property without consent.)

The statutes under which Nelson was charged target a different, more recent crime: the theft of services. As Wikipedia notes, theft of services is “the legal term for a crime which is committed when a person obtains valuable services – as opposed to goods, by deception, force, threat or other unlawful means, i.e., without lawfully compensating the provider of said services.”

And as I explained in an article I published a few years ago, theft of services crime is a relatively new crime:

The Model Penal Code, which dates back to the early 1960's and has influenced many state criminal codes, defines the offense of theft of services. Under the Model Penal Code, a person commits theft of services if he or she obtains services `which he knows are available only for compensation’ without paying for them. Services include `labor, professional service, transportation, telephone or other public service, accommodation in hotels, restaurants or elsewhere, admission to exhibitions, use of vehicles or other movable property’.

[Forest L.] Gordon was Chief of Police of the Village of Kalida from May 10, 2002 through July 25, 2007. On July 26, 2007, Gordon began serving as the Assistant Chief of Police for the Village of Ottawa, although he also continued working as a part-time police officer or `acting chief’ for Kalida until October 12, 2007, when a new police chief, Michael Giblin, was hired. Beginning January 1, 2008, Gordon served as the Chief of Police for Ottawa until his termination on January 28, 2008. . . .

Gordon was indicted on two counts of Theft in Office, in violation of Ohio Revised Code 2921.41(A)(1), involving charges in two separate. . . . Case No. 9–CR–19. . . involves the sale of firearms that belonged to the Ottawa Police Department. The State claimed that in 2006, Gordon sold several firearms without permission, including firearms from the evidence room and former service weapons, and only gave the Ottawa police chief a portion of the money he received from the sales. . . .

Case No. 9–CR–40 . . . dealt with three different matters in which the State maintained that Gordon: (1) deprived Kalida of ten hours of his services when he used the police department's computers for non-work related purposes, specifically Internet `sex chat’ sessions; (2) overcharged two fellow Kalida police officers for handguns purchased through a lease/purchase agreement with Smith & Wesson; and (3) failed to return personal police equipment when he left Kalida's employ.

The cases were consolidated on appeal, which is why they’re both examined in this opinion. State v. Gordon, supra. We, though, are only concerned with the State’s claim that Gordon committed theft of services in violation of Ohio Revised Code 2921.41(A)(1) by using the police department’s computers to engage in “sex chat” sessions while on duty. State v. Gordon, supra.

Section 2921.41(A)(1) makes it a crime for any “public official or party official” to “commit any theft offense” when the “offender uses the offender’s office in aid of committing the offense”. State v. Gordon, supra.

At trial, Gordon “testified in his own defense and denied any wrong-doing” with regard to all the charges. State v. Gordon, supra. With regard to the sex-chat theft of services charge, he

denied that he was the person who participated in the Internet instant message (`IM’) conversations, testifying that at least nine or ten other Kalida police officers and employees had access to the computers; that everyone using the computer logged onto the one account that was set up in the name of `Forest Gordon’; that the account was not password protected; that the dates and times on the computer print-out logs might not be accurate because they were dependent upon the time/date settings on the computer, which could easily be changed; and that he did not use any of the screen names that were found in the `chat room’ conversations.

Gordon further denies any `theft of time’ from Kalida when using the computer because he testified that he was a salaried employee with no specific hours and that he was technically available for duty all the time, `24/7,’ and would often come to the office on his own time and use the computer for his own personal training and other purposes.

In challenging the prosecution’s reliance on his participation in the sex chats to prove its theft of services case, Gordon argued, on appeal, that the evidence presented at trial was not sufficient to support a finding that he was guilty of the alleged conduct. State v. Gordon, supra. In reviewing that argument and the evidence presented to support this finding, the Court of Appeals noted that

Furthermore, of the 15,486 images in the computer's memory, approximately 20–30 images showed adult nudity. The State compared the times Gordon was on duty with the times on the instant message chat print-outs and concluded that Gordon had deprived the village of ten hours of his services, at a rate of $15 per hour, when he was supposed to be working.

As noted above, when he testified at trial Gordon denied “that he was the person involved in the Internet chat sessions” but on appeal he also claimed

that the State `failed to produce any evidence whatsoever that Gordon's alleged use of the Internet during work hours in any way deprived the Village of Kalida of services.’ He asserts that the record is completely lacking in any evidence that there were missed calls for service, lack of investigations, lack of enforcement of the law, or any other measures that would indicate that Gordon did not do his job.

State v. Gordon, supra. So, in a typical maneuver, Gordon argued (i) that he didn’t engage in the sex chats but (ii) even if he did, there was no theft of services. It’s called arguing in the alternative, and is perfectly legitimate, as Wikipedia notes.

In ruling on Gordon’s arguments, the Court of Appeals presumed that he was the

person who participated in the Internet chat sessions. However, . . . the record in this case is devoid of any evidence as to whether Gordon failed to perform his job duties, whether he engaged in the chat during `break’ times, whether he made up the time by performing police work at other times, whether he was `on duty’ and available to answer calls even though online, or whether his job performance suffered in any way.

Although the State submitted evidence showing that Gordon was signed in as `on duty’ during the times that most (although not all) of the `chats’ occurred, there was no evidence as to how many hours he was required to work, how many hours he actually worked, and whether or not he fulfilled the duties required to earn his paycheck.

With regard to the issue of how many hours he worked, the Court of Appeals explained in a footnote that while the prosecution claimed

there were ten hours of `chat’ during a two-month period in 2004, there was also no evidence that Gordon was not working during that entire time. The exhibits showed that the conversations were of the `instant messenger’ type of communication that can be active in the computer's `background’ while not actually being utilized. Several of the exhibit entries showed chat sessions lasting over an hour, but only a few words or comments were exchanged during that time.

Furthermore, the chats did not occur as a result of Gordon accessing pornographic websites as alleged -- they were conversations between two people, who appeared to know each other, utilizing IM services such as Yahoo Messenger, and others. While some of the exchanges were sexually oriented and explicit, other exchanges were merely general conversations as to what the parties were doing, plans for the weekend, etc.

The court therefore found that

the use of Kalida's computers for this purpose was unauthorized, extremely inappropriate, and wrong. There certainly may have been sufficient evidence of highly improper conduct in order to terminate Gordon. However, if Gordon's use of the computer for personal purposes during work time constitutes theft in office, it would mean that every public official or government employee who sends a personal email, reads a text message, or checks Facebook during working hours would be guilty of committing a felony.

For this and other reasons, the Court of Appeals reversed Gordon’s convictions for theft in office. State v. Gordon, supra.