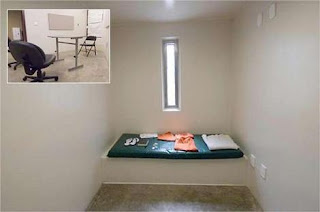 As I’m sure everyone knows, the 1st Amendment to the U.S. Constitution creates a number of essential rights for U.S. citizens, including the rights to free speech, free press, freedom to assemble and freedom of religion.

It also creates another right, one with which you may be less familiar: freedom of association.

[i]t is beyond debate that freedom to engage in association for the advancement of beliefs and ideas is an inseparable aspect of the ‘liberty’ assured by the Due Process Clause of the Fourteenth Amendment, which embraces freedom of speech. . . .

[I]t is immaterial whether the beliefs sought to be advanced by association pertain to political, economic, religious or cultural matters, and state action which may have the effect of curtailing the freedom to associate is subject to the closest scrutiny.

As I’ve noted in earlier posts, § 1983 creates a civil cause of action for those whose rights under the U.S. Constitution have been violated by “state action,” i.e., by conduct carried out by employees of local, state or federal government. If you’re interested in learning more about § 1983 and the causes of action it supports, along with its history, check out Wikipedia’s entry on the statute.

That brings us back to Warren v. Seabaugh: Warren alleged that “Seabaugh violated his [1st Amendment] freedom of association rights when Seabaugh ordered him to remove his name from a prisoner pen-pal website.” Warren v. Seabaugh, supra. More precisely, Warren claimed

Seabaugh told him that if [he] did not remove his name and information from a `pen pals behind bars’ website within thirty days, that [Seabaugh] would issue a conduct violation to [Warren’ and ensure [Warren] was placed in Administrative Segregation until [his] name was removed.

Warren also indicates that [Seabaugh] impermissibly opened [his] mail (apparently relating to the pen pal website). [Warren] states that he wrote a letter to the pen pal website requesting that his name be removed, with the result that `any relationship which [he had form[ed] between himself and [his apparent pen pal] is irretrievably-broken and cannot possibly be repaired due to Mr. Timothy Seabaugh's involvement.’

`While a complaint attacked by a Rule 12(b)(6) motion to dismiss does not need detailed factual allegations, a plaintiff’s obligation to provide the grounds of his entitlement to relief requires more than labels and conclusions, and a formulaic recitation of the elements of a cause of action will not do. Factual allegations must be enough to raise a right to relief above the speculative level, on the assumption that all the allegations in the complaint are true (even if doubtful in fact). . . .

As the federal district judge who has this case explained, a complaint must be dismissed pursuant to Rule 12(b)(6)

`A claim has facial plausibility when the plaintiff pleads factual content that allows the court to draw the reasonable inference that the defendant is liable for the misconduct alleged. The plausibility standard is not akin to a probability requirement, but it asks for more than a sheer possibility that a defendant has acted unlawfully.’ Ashcroft v. Iqbal, 129 S.Ct. 1937 (2009).

The judge then considered whether Warren’s claim should be dismissed under this standard. Warren v. Seabaugh, supra. He began by noting that Warren

essentially claims that his 1st Amendment right to free association was violated when [Seabaugh] allegedly required him to remove his name from a website that apparently establishes pen pal relationships between prisoners and people in the general community.

[Warren] appears to allege that he was in fact in a pen pal relationship that was somehow terminated as a result of his removal from the website. [He] therefore concludes that [Seabaugh] violated his 1st Amendment right to free association.

In ruling on the merits of the issue, the judge explained that the Supreme Court has found that the right to freedom of association “is among the rights least compatible with incarceration” because “[s]ome curtailment of that freedom must be expected in the prison context.” Warren v. Seabaugh, supra. He noted, therefore, that

The judge also noted that Warren “correctly points out that he has a Constitutional interest in sending and receiving mail”. Warren v. Seabaugh, supra citing Procunier v. Martinez, 416 U.S. 396 (1974)). But he also noted that the Supreme Court has found that “`legitimate governmental interest in the order and security of penal institutions justifies the imposition of certain restraints on inmate correspondence.’” Warren v. Seabaugh, supra quoting Procunier v. Martinez).

The judge then evaluated the substantive merits of Warren’s 1st Amendment freedom of association claim:

In his complaint, [Warren] alleges only that the removal of his name from the website resulted in the termination of his `healthy-mail-relationship’ with another person. Furthermore, [he] does not allege that he was actually restrained from corresponding with or receiving correspondence from anyone; rather, his name and contact information were simply removed from a website.

[Warren] has failed to allege specific facts indicating how the termination of this `healthy-mail-relationship’ is an atypical and significant hardship in relation to the ordinary incidents of prison life.

As such, [Warren] has failed to state a claim for which relief can be granted.