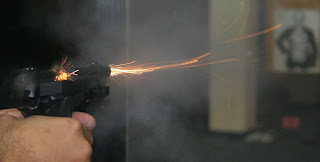 This post examines a recent decision from the Appellate Court of Connecticut that raised an interesting evidentiary issue. As Wikipedia explains, the law of evidence “governs the use of testimony (e.g., oral or written statements, such as an affidavit) and exhibits (e.g., physical objects) or other documentary material which is admissible (i.e., allowed to be considered by the trier or fact, such as a jury) in a judicial . . . proceeding.”

As I’ve noted in earlier posts, the federal system and every U.S. state has its own rules of evidence, which generally tend to be pretty consistent. You can find the Federal Rules of Evidence here, and this site gives you access to the rules of evidence that apply in each U.S. state.

On May 5, 2008, Wells was in his dormitory room when an unknown woman . . . came to his door and gave him a letter she claimed was from Padilla. The letter indicated Padilla was distressed, prompting Wells to decide . . . to go see her. The woman [said] Padilla was staying in her apartment and offered to take him there. Wells . . . elected to follow . . . in his own car. The two went outside, and [she] entered a . . . Toyota Camry . . . driven by an unknown male. Wells followed the Camry to the Trinity Apartment Complex . . . , which was about one and one-half miles away from the Trinity College campus.

At approximately 9:40 p.m., Wells exited his car and followed the woman along the side of the apartment building. [She said] she forgot her key and would have to get it from her boyfriend. Wells followed [her] o the parking lot and . . . noticed two men coming toward them, one of whom was [Vega]. As [Vega] and his companion approached Wells, the woman kept walking past them. Wells greeted the men, but they did not respond. [Vega] pulled a gun from under his shirt and told Wells to get on his knees, which he did. The second man then circled around Wells.

Detective Jacobson investigated the attack. After he learned that a note allegedly from Padilla was used to lure Wells to the apartment complex, he obtained her phone and text message records, which revealed

substantial communication between her and [Vega]. Jacobson noticed many calls between Padilla and [Vega] on . . . the day of the attack, and that Padilla received four text messages from [Vega] and sent one to him at about the time of the attack. [He] also learned [Vega] drove a . . . Toyota Camry.

“On the basis of this information,” Jacobson created a photo array that “included a photograph of” Vega and presented it to Wells, who identified Vega as one of the men who attacked him and “the individual who fired the gun at him.” State v. Vega, supra. Vega was arrested, and “voluntarily surrendered his cellular telephone.” State v. Vega, supra. He was later charged with the crimes I noted above, pled not guilty, went to trial and was convicted by a jury. State v. Vega, supra.

At trial, Wells “positively identified” Vega as the “man who had pistol-whipped and shot him.” State v. Vega, supra. The prosecution also presented testimony from a

Chute testified . . . that there were only two reasons why there would not be text messages dated between January and July, 2008, on [Vega’s] telephone. One was that they deliberately were deleted; the other reason was that no messages were received or sent. When asked on cross-examination whether text messages can be deleted because too many were sent or received by the telephone, Chute [said] he was not aware that could happen but `[a]nything is possible. . . .’

Vega was convicted, sentenced “to an effective term of fourteen years incarceration, execution suspended after seven years, and three years of probation.” State v. Vega, supra. He appealed, arguing, in part, that the trial judge erred in letting Chute give “his expert opinion concerning the calls and text messages received by and sent from” Vega’s cell phone. State v. Vega, supra.

Vega’s argued that (i) evidence regarding the missing text messages was irrelevant because it did “not make it more probable” that he intentionally deleted the messages sent from and received by his phone on the night of the attack and (ii) even if the evidence had some relevance, Chute's testimony “created a side issue that confused and unduly distracted the jury from the ultimate issue.” State v. Vega, supra. The Appellate Court rejected both arguments, beginning with the claim that the evidence was not relevant:

Although Chute's testimony encompassed a larger time frame than the days surrounding the attack on Wells, it still aided the jury in determining whether [Vega] displayed a consciousness of guilt. If the incriminating text messages were deliberately erased from [his] telephone, then evidence supporting such a determination renders it more probable that [he] was the individual who attacked Wells.

State v. Vega, supra. (In denying Vega’s objection to Chute’s testimony, the trial judge analogized deleting the text messages to “ripping pages out of a journal”, noting that if someone had a journal in which they recorded their daily activities, were accused of a crime committed at a certain time and the pages of the journal were found to be missing, that would be evidence of consciousness of guilt. State v. Vega, supra.)

The Appellate Court also rejected Vega’ argument that Chute’s testimony created a “side issue” that distracted the jury and prejudiced him. State v. Vega, supra. It held that the testimony “contained nothing that would unduly arouse the jury's emotions,” did not “create a side issue” and pertained to Vega’ “consciousness of guilt and did not distract the jury from the ultimate issue of determining his guilt.” State v. Vega, supra.

Finally, Vega claimed Chute’s testimony was improper “because he gave opinions that were purely speculative and, therefore, created a specious inference of a consciousness of guilt.” State v. Vega, supra. The Appellate Court again disagreed:

[Vega] challenges Chute's opinions that the text messages . . . were missing . . . due to inactivity or because they were deliberately deleted and that text messages could only be deleted by . . . deliberately erasing them. . . . [Vega claims] Chute's assumption that it was not reasonably possible that [his] telephone would automatically delete older text messages when it reached its storage capacity was patently false. He also claims Chute either lacked a sufficient understanding of cellular telephone functions or neglected to take them into consideration when stating his opinions as to why there were no text messages on the telephone between January and June, 2008. . . .

[W]e are persuaded that [Chute’s] opinion was based on his analysis of [Vega’s] telephone in addition to his education, training and experience gained from conducting forensic investigations. Furthermore, [Vega’s] claims that Chute's opinions were incorrect and he lacked an understanding of cellular telephones goes to the weight of his testimony rather than its admissibility. . . . [Vega] had the opportunity to challenge Chute's opinions on cross-examination, and it was the duty of the jury to determine the credibility of [his] testimony in light of any conflicting evidence presented by [Vega]. Accordingly, we conclude that the court did not abuse its discretion in admitting Chute's testimony.

If you're interested in what happened to Padilla and Rodriguez (the other participant in the robbery), at least as of last year, check out this news story.

Posted by Susan Brenner at 9:16 AM

Perhaps he should appeal on the grounds that there is no such address as 2731 South Main Street in West Hartford (the site of the cell phone tower). Both Google Maps and MapQuest return a map in Hartford, not West Hartford. I could not identify a cell phone tower on Google Street View, though there is an antenna tower of some kind not too far away.

Although there is a S. Main St. in West Hartford, the highest street number I could find was 500. I admit to confusion, though, because the numbers seem to get smaller going both north and south.

I just checked the opinion to see if I made an error in typing in the street number, name and the West Hartford location of the tower . . . but this is what the opinion says.

Maybe the judge who wrote the opinion got the address wrong or Westlaw got it wrong when they published it . . .

Or you can pass this along to Vega's public defender: Cameron R. Dorman, 91 Carol Street
Danbury, CONNECTICUT, 06810.

The cop was full of BS. I have a Sprint phone and twice it has locked up on my and stopped working properly. i was told by tech support that it will do that when the phone's memory is all filled up from too many text messages. Once I deleted a bunch of the messages it worked just fine - until the next time it got full up. And the phone I had was a Motorola Q phone, an upper end (at the time) smart phone with lots of memory.

I think the prosecution was stupid for even bringing this issue up. The vic ID'd the shooter and the phone records clearly established a relationship between the former girl friend and the shooter.

By the way, your link was broken. Here is a better one: http://groups.google.com/group/ctnewswire/browse_thread/thread/5bb7cacd52bc5937


Since I had to search for the links, I decided to dig further to find out what happened to all D's.

No mention of fines or restitution.

Here is a link that has her picture. She ain't much to look at - certainly not one worth going to prison for.

I could not find any court records on Rodriguez - there are too many. None had the 1990 BOA mentioned in the article, but several had 1989. Just too many for me to go through and look at tonight.

Here is a link to the court records if anyone want to try their hand: