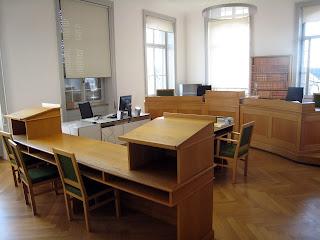 `Little albino bear, this is brown bear, going to go tax this sticks guy, be nice to have u watchin my back/w/pistol, put this shit behind us! What d ya say I.’ (Sent Jan. 18, 2014 at 12:35 p.m.)
People v. Fishers, supra.
The Court of Appeals then explains that
Defense counsel moved in limine to exclude the texts. He argued they were hearsay, lacking in foundation (asserting no evidence showed defendant received or responded to them), not relevant, and more prejudicial than probative. The prosecution responded the texts were offered for the nonhearsay purpose of showing the effect on defendant. The prosecution added there was sufficient evidence the phone belonged to defendant and that he had received the texts.

The jury found defendant guilty of first degree murder and found he had used a firearm in committing the offense.
People v. Fishers, supra.
The Court of Appeals then began its analysis of the arguments Fishers made as to the two categories of text messages, beginning with the “text messages from the victim to defendant.” People v. Fishers, supra. It begins with the messages from the victim to Fishers, explaining that
defendant contends the trial court erred in admitting the text messages from the victim's phone. He points out the prosecutor's brief argument to the jury that the texts showed defendant took a gun from the victim, thereby arguing the messages proved the truth of their contents. He further argues the prosecution failed to provide the necessary foundation that defendant was aware of the messages' content, asserting there was no evidence he had received (and read) the texts.
People v. Fishers, supra.
The Court of Appeal then begins the articulation of its analysis of this issue, noting that
`”[A]n out-of-court statement can be admitted for the nonhearsay purpose of showing that it imparted certain information to the hearer, and that the hearer, believing such information to be true, acted in conformity with such belief.’” (People v. Clark (2016) 63 Cal.4th 522, 562.)
We review the admission of hearsay evidence under an abuse of discretion standard. (People v. Pirwani (2004) 119 Cal.App.4th 770, 787.) We apply the same standard to questions of the existence of elements necessary to satisfy a hearsay exception. (Ibid.) A court's ruling admitting hearsay evidence implies all necessarily fact finding prerequisites. (Evid. Code, § 402; People v. Martinez (2000) 22 Cal.4th 106, 120.)

Here, the trial court acted within its discretion in admitting the text messages from the victim to defendant for the nonhearsay purpose of showing their effect on defendant.

The prosecutor's statement in closing that defendant had taken the victim's gun, although inappropriate and unwise, does not render admission of the evidence error. The court properly instructed the jury that it may consider the messages only for defendant's state of mind, attitude, intent and motive. We presume juries heed admonitions and limiting instructions. (Francis v. Franklin (1985) 471 U.S.307, 324, fn. 9] [that a jury follows instructions is a ‘crucial assumption’ of trial by jury].) And a prosecutor's statements to the jury are, of course, not evidence.

Moreover, there is other evidence that defendant received the text messages. The record reflects the messages were sent to defendant's phone. The parties stipulated defendant's mother would testify the number belonged to him. The record further reflects that defendant's phone was in working order before and after the victim sent the series of texts. Defendant texted codefendant several days before the victim's first text. And two hours after the victim's last text, defendant texted `Call me’ to codefendant. Any remaining doubt as to whether defendant had seen the messages would go to their weight, for the jury to consider.

Accordingly, the trial court did not abuse its discretion in admitting the text messages for the limited purpose of showing their effect on defendant's state of mind.
People v. Fishers, supra.
The court then took up the second, and final, issue in Fishers’ appeal: ineffective assistance of counsel. People v. Fishers, supra. It explains that
[d]efendant also challenges the introduction of text messages sent by his codefendant to a friend, after the murder. He argues the texts did not qualify under the hearsay exception for statements of a coconspirator because the object of the conspiracy-murder--was complete before the texts were exchanged. He further argues his trial counsel rendered ineffective assistance in failing to object to their admission and for failing to seek a limiting instruction.

Evidence Code section 1223 permits evidence of a statement made while participating in a conspiracy, in furtherance of the conspiracy's objective, so long as the statement was made before or during the conspiracy.

Preliminarily, defendant has forfeited his challenge by failing to raise it before the trial court. (See People v. Rogers (1978) 21 Cal.3d 542, 548 [issues relating to the admissibility of evidence will not be considered on appeal absent a timely objection in the trial court].) Nevertheless, we will address the merits in considering defendant's claim of ineffective assistance.

`[T]o establish a claim of ineffective assistance of counsel, defendant bears the burden of demonstrating, first, that counsel's performance was deficient because it “fell below an objective standard of reasonableness ... under prevailing professional norms.”’ (People v. Ledesma (2006) 39 Cal.4th 641, 745-746.)

Here, failing to object did not fall below an objective standard of reasonableness because the texts were properly admitted as coconspirator statements. (See Evid. Code, § 1223.) Although the text messages were exchanged immediately after the murder, they were sent while defendant and his co-defendant were still participating in the conspiracy. They were attempting to escape the scene, waiting less than a mile from the shooting. Indeed, their content indicates immediate flight: `Please hurry I need your assistance asap’; `[I] need a ride up out of here like yesterday’; `I need up out of here’; `Just hurry please and just know the hood is hot.’

Defendant's argument that the conspiracy had ended is unavailing. The uncharged conspiracy to murder the victim implicitly included an objective of escaping the immediate area of the shooting. (See Levenson & Ricciardulli, Cal. Criminal Law (The Rutter Group 2016) § 12:23, p. 12:23 [`a conspiracy is generally thought not to end until all acts of escape or concealment are completed . . . [though not] merely because the conspirators act in concert to avoid detection and punishment’]; People v. Saling (1972) 7 Cal.3d 844, 852 [`Particular circumstances may well disclose a situation where the conspiracy will be deemed to have extended beyond the substantive crime to activities contemplated and undertaken by the conspirators in pursuance of the objectives of the conspiracy’].) Because this evidence was properly admitted as an admission of a coconspirator, defendant's claim of ineffective assistance must fail.