The "Homewrecker," the Blog and Stalking 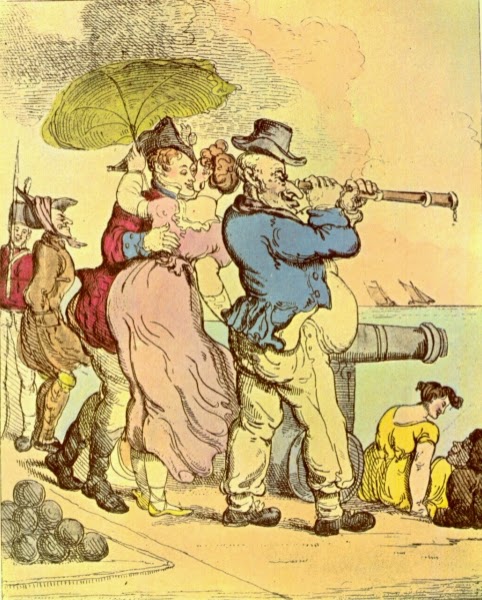 This post is much shorter than most of my posts because the opinion it examines is relatively short.  As I explain below, though, the post incorporates excerpts from a very long blog post which is the primary focus of the opinion this post examines:  “Tara Love Kersey,” She’s a HomeWrecker.
The opinion is from judges who sit in the District Court of Appeals of Florida –Second District:  Leach v. Kersey, 2015 WL 1740907 (2015).  The Court of Appeals begins the opinion by explaining that “Melissa Leach appeals a final judgment of injunction for protection against stalking entered in favor of Tara Michelle Kersey.”  Leach v. Kersey, supra.
The court also noted that Florida Statutes § 784.0485
provides for an injunction against stalking, including cyberstalking, and that statute is analyzed with guidance from the statute governing injunctions against repeat violence, § 784.046. See Wyandt v. Voccio, , 148 So.3d 543 (Florida Court of Appeals – Second District 2014).

`Repeat violence’ requires `two incidents of violence or stalking.’ § 784 .046(1)(b). To support an injunction against stalking, the petitioner must prove each incident of stalking by competent, substantial evidence. See Touhey v. Seda,133 So.3d 1203 (Florida Court of Appeals – Second District 2014).
Leach v. Kersey, supra.
The Court of Appeals went on to explain that “stalking” occurs
when a person `willfully, maliciously, and repeatedly follows, harasses, or cyberstalks another person.’  [Florida Statutes] § 784.048(2). `Harass’ means to engage in a course of conduct directed at a specific person which causes substantial emotional distress to that person and serves no legitimate purpose.’ [Florida Statutes] § 784.048(1)(a).

Cyberstalking involves a course of conduct through `electronic mail or electronic communication, directed at a specific person, causing substantial emotional distress to that person and serving no legitimate purpose.’ [Florida Statutes] § 784.048(1)(d).

In determining whether substantial emotional distress occurred, the courts look to the standard of a reasonable person in the petitioner's shoes. See Jones v. Jackson, 67 So.3d 1203 (Florida Court of Appeals – Second District 2011); see also T.B. v. State,990 So.2d 651 (Florida Court of Appeals – Fourth District 2008) (stating that the standard to determine substantial emotional distress `is that of a reasonable person in the same position as the victim’).
Leach v. Kersey, supra.
As the above-quoted language of Florida Statutes § 784.048(2) demonstrates, the crime of “stalking” requires repeated behavior, e.g., following or harassing another person.  The definition of stalking you can find here also emphasizes that it requires “repeated” conduct, which means that one action cannot constitute stalking.  So, for Leach’s actions to constitute stalking, they had to involve (i) repeated conduct that (ii) inflicted “substantial” emotional distress and (iii) served no “legitimate purpose.”
The Court of Appeals goes on to explain that
[t]his case arose from the eighteen-month affair Kersey had with Leach's husband, Dr. Leach. After Leach learned of the affair, she contacted Kersey by phone and by messages and `friend’ requests on Facebook.

Rather, Leach made the contacts for the legitimate purpose of telling Kersey to stay away from Dr. Leach. Leach made each contact in response to discovering an attempt by Kersey to contact Dr. Leach.

In addition, the evidence does not show that these contacts would cause a reasonable person in Kersey's circumstances to suffer substantial emotional distress. See Jones v. Jackson, supra. . . . A reasonable woman who had an eighteen-month affair with another woman's husband might well expect to hear the scorn of an angry wife.

In fact, Kersey herself clearly did not suffer substantial emotional distress from these contacts. With respect to the phone call, Kersey said she allowed Leach to `vent’ and `just let her get it off her chest.’ Kersey also admitted that the affair could cause Leach to be upset with her. The evidence fails to show that a reasonable person in Kersey's situation would suffer substantial emotional distress from these contacts. The trial court appropriately found that it was `not stalking up to that point.’
Leach v. Kersey, supra.
The Court of Appeals goes on to point out that
[i]t was after these contacts that Leach posted one time on the public blog entitled, `She's a Homewrecker’. The post disclosed Kersey's involvement in the affair.

It was clear from Kersey's testimony that she did not become concerned until Leach posted on the public blog. Kersey stated that her primary concern was that her children would find out about the situation.
Leach v. Kersey, supra.
You can find the “She’s a Homewrecker” blog here, and the specific post at issue in this case here.  This is an excerpt from the latter:
After a year or so of wondering why my husband had suddenly turned into a monster, I confronted him about his attitude and his air of secrecy. The secrecy, I felt, was mostly about money and a general lack of communication, but when I confronted him he told me that he had been seeing someone that he worked with for about a year.

I felt like my heart had stopped beating and that I might die. I certainly never expected to hear those words from him. I thought I had married a special man, a man unlike all the other men I had met in my life.. I thought I had a husband who respected himself too much and loved his family too much to ever let himself go there. Come to find out this person (with three kids by two different baby daddies) had been knocking herself out to seduce my husband while they were working. Supposedly she would `bump’ up against him with her breasts and bend over in front of him with her thong hanging out of her scrubs. He says she relentlessly pursued for at least nine months before he gave in and hooked up with her. (Keep in mind that she had a very small child at the time, like two or three years old and two older children who were teen or pre-teen.)

In my opinion, a good mother is more interested in her children’s well-being and happiness rather than chasing a married man. May I also say that this person knew my husband was married with a child, and she just didn’t give a damn! Still doesn’t. No remorse, or guilt, or shame on her part at all. She thinks she was perfectly justified in doggedly pursuing a married man with a daughter who thought he hung the moon. She nearly ruined my marriage and my daughter’s soul, but thank god I came to my senses and decided that some skanky w**** doesn’t get to decide when my marriage ends – I do.

My husband has the deepest regrets for what has he done – not only for how it has affected me and my daughter, but also how it has affected our extended family and friends. He was one of the least likely guys you would expect this behavior from and complete and total shock is what everyone in my world felt when they learned of this situation.
“Tara Love Kersey,” She’s a Home Wrecker, supra.
The final paragraph of the relevant “She’s a Homewrecker” blog post includes the following comments about Kersey:
We have been working with a therapist and both he and I have changed. He is the husband I always wished he would be, and I in turn am trying to be the best wife I can be. I would like to not be one of those people hell-bent on revenge and destroying the wanna-be- home wrecker, but she has no remorse and continues to try to contact my husband to this day even though he made it clear to her months ago that she was the biggest mistake of his life. Their affair continued off and on for 18 months. . . . I would love for my family (and her) to be able to move on and heal but she does not seem open to that so I am going to make sure that the world knows what kind of person she is. A selfish, egotistical, immature, thoughtless, gold-digging, piece of trash.
“Tara Love Kersey,” She’s a Home Wrecker, supra.
The Court of Appeals then explained that the trial judge “granted the injunction based on the blog posting.” Leach v. Kersey, supra. In other words, the trial judge apparently found that the blog post, alone, was sufficient to constitute stalking (or cyberstalking) that justified the entry of injunctive relief on behalf of Kersey.  Leach v. Kersey, supra.
The Court of Appeals did not agree.  Leach v. Kersey, supra.  It held that the trial judge’s order should be reversed “[b]ecause competent, substantial evidence does not support the required two incidents of stalking for injunctive relief”.  Leach v. Kersey, supra.

Posted by Susan Brenner at 7:51 AM