The Cell Phone, the Text Message and Assault 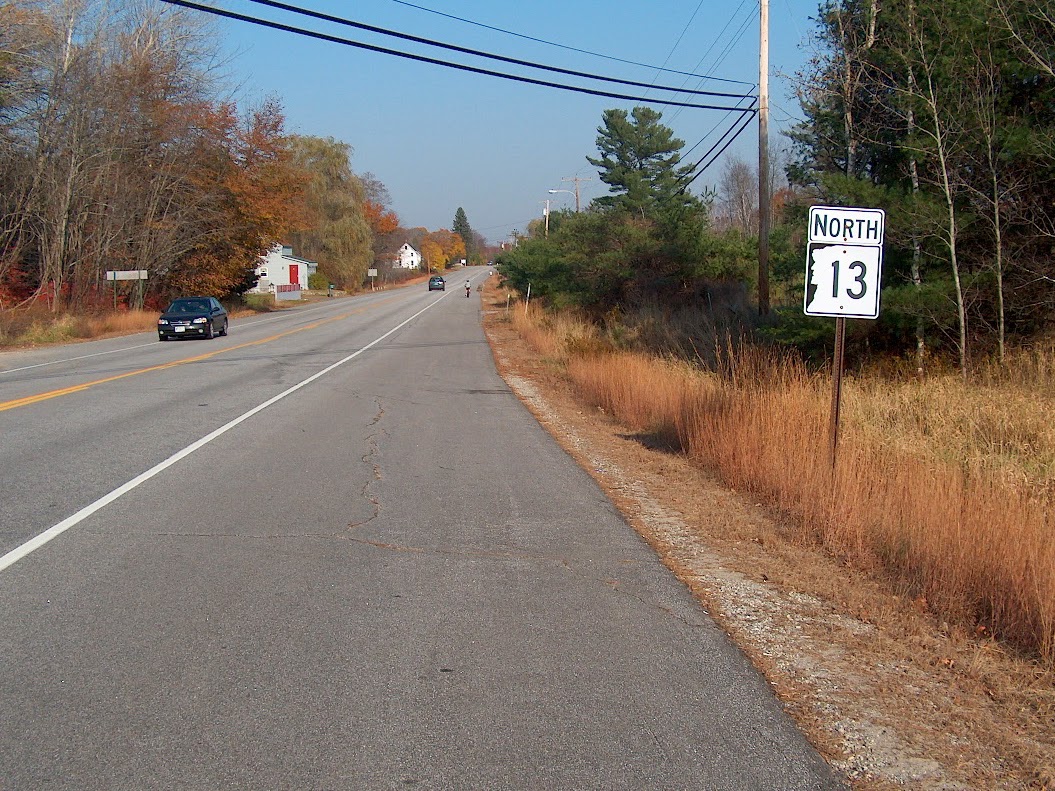 After he was convicted of second-degree assault in a bench trial, Chad Belleville appealed, “arguing that the State presented insufficient evidence to prove that he acted recklessly.”  State v. Belleville, 2014 WL 521401 (New Hampshire Supreme Court 2014).  As this news story explains, Belleville “received the maximum sentence . . . of 3 to seven years in prison”.

Belleville was convicted of violating New Hampshire Revised Statutes § 631:2(I)(a), which defines second-degree assault, in part, as “[k]nowing[ly] or reckless[ly] caus[ing] serious bodily injury to another”.  State v. Belleville, supra. More precisely, Belleville was “charged with one count of second degree assault for recklessly causing serious bodily injury to another by `cross[ing] over two sets of double solid lines through a turning lane and into the northbound lane, causing a collision with oncoming motor vehicles.’” State v. Belleville, supra.

The Supreme Court begins its analysis of the issues in the appeal by outlining how the prosecution arose:

[Belleville’s] conviction stems from a motor vehicle accident that seriously injured the child of another motorist, which occurred on December 23, 2010, at approximately 9:15 p.m. on Route 28 near Pittsfield. The section of Route 28 where the accident occurred contains three travel lanes: (1) a northbound travel lane; (2) a median turning lane . . . approximately the width of two lanes and set off from the [Belleville] was driving southbound in a Ford Explorer, a sport utility vehicle (SUV).

Corey Pickering was driving in the opposite direction, in the northbound lane, followed by a Subaru occupied by Tressa Flanders (Flanders), who was in the front passenger seat, Flanders' husband, who was driving, and their son (the victim) and two daughters, who were in the back seat. Behind the Flanderses' vehicle was a Honda driven by Evan Welch. It was dark and the weather was dry, clear, and cold.

Just before the accident, Pickering observed [Belleveville’s] SUV, traveling in the opposite direction, drifting into the median lane. The SUV came within inches of Pickering's driver's side mirror and Pickering had to swerve his vehicle to avoid being hit. Pickering then saw in his rearview mirror that the SUV hit the Flanderses' Subaru.

Prior to the collision, Flanders saw headlights from an oncoming vehicle and yelled to her husband to `watch out.’ Her husband tried to swerve to avoid being hit, but the oncoming vehicle hit the driver's side of their car. Welch saw the Subaru `fishtail[ ] really suddenly’ and saw its back end `explode into a lot of pieces.’ He then saw `headlights coming straight at [him]’ and within a couple of seconds, the SUV hit his vehicle. Welch skidded into the passenger side of the Subaru and both vehicles came to a stop on the side of the road. The SUV `traveled across a small field’ and came to rest alongside the road.

Immediately after the collision, Flanders `saw a gaping hole’ in the back of the Subaru on the driver's side and noticed her son was no longer in the vehicle. She climbed out of the vehicle, made sure her daughters and her husband were not seriously injured, and then looked for her son. She located him lying `in a cradled position.’ As a result of the accident, her son sustained a traumatic brain injury, loss of `his left eye socket,’ and dislocation and fracture of his jawbone.

The court also outlined the investigation that resulted in Belleville’s being charged:

Shapiro asked to look at [his] cellular telephone to ascertain what time that call had been made. [Belleville] showed Shapiro his call history and Shapiro noticed that no calls were shown as having been made before the accident. Shapiro testified that he asked [Belleville] about the history of calls that had occurred prior to the collision and [Belleville] told him he thought he had `erased the history or something.’

Shortly thereafter, Sergeant David Scott McCormack of the New Hampshire State Police arrived. . . . He spoke with [Belleville], who told him he could not recall what had happened. Approximately eight months later, on August 7, 2011, McCormack again spoke with [Belleville]. During their conversation, [Belleville] admitted that, at the time of the accident, he was checking a text message. He stated that he did not see the Subaru and that, `I just looked down and the next thing you know I crashed.’

Finally, the court notes that McCormack” and “other law enforcement officers” conducted

reconstruction analysis and a post-collision inspection of [Belleville’s] Ford Explorer. It was determined there was no mechanical problem with the vehicle that would have led to the collision. Furthermore, . . . McCormack opined that the cause of the collision was that [Belleville] was traveling `southbound on Route 28 in a Ford Explorer when he crossed two sets of double yellow lines and struck the Flanderses' vehicle and the Welch vehicle that were operating within their lane northbound.’ He noted there was no evidence [Belleville] had either braked or taken any evasive action to avoid the vehicles prior to the collision.

As to how Belleville came to be convicted, the opinion explains that the

accident occurred at approximately 9:15 p.m. At trial, the State introduced the records of [Belleville’s] cellular telephone activity from 8:50 p.m. to 9:25 p.m. The records disclosed that [he] received at least two text messages between 8:51 p.m. and 9:04 p.m. They also established that [Belleville] made and [Belleville’s] admission that, at the time of the accident, he was checking a text message.

sufficiency of the evidence, the defendant must prove that no rational trier of fact, viewing all of the evidence and all reasonable inferences from it in the light most favorable to the State, could have found guilt beyond a reasonable doubt. State v. Shepard, 158 N.H. 743, 973 A.2d 318 (New Hampshire Supreme Court 2009).  `Because persons rarely explain to others the inner workings of their minds or mental processes, a culpable mental state must, in most cases[,] be proven by circumstantial evidence.’ State v. Tayag, 159 N.H. 21, 977 A.2d 510 (New Hampshire Supreme Court 2009) (quotation and ellipsis omitted).

When the evidence as to one or more of the elements of the charged offense is solely circumstantial, it must exclude all reasonable conclusions except guilt. State v. Germain, 79 A.3d 1025 (New Hampshire Supreme Court 2013).  Under this standard, however, we still consider the evidence in the light most favorable to the State and examine each evidentiary item in context, not in isolation. State v. Shepard, supra.

The court then noted that to have convicted Belleville “of second degree assault, the State was required to prove, beyond a reasonable doubt, that [he] `recklessly cause[d] serious bodily injury to another.’” State v. Belleville, supra (quoting New Hampshire Revised Statutes § 631:2(I)(a)).  It also explained that under New Hampshire Revised Statutes § 626:2(II)(c), someone

`acts recklessly with respect to a material element of an offense when he is aware of and consciously disregards a substantial and unjustifiable risk that the material element exists or will result from his conduct. The risk must be of such a nature and degree that, considering the circumstances known to him, its disregard constitutes a gross deviation from the conduct that a law-abiding person would observe in the situation.’

The court then noted that assessing

criminal recklessness -- that is, whether a defendant was aware of the risk of serious bodily injury resulting from his actions, consciously disregarded the risk, and had knowledge of circumstances that made disregarding the risk a `gross deviation’ from law-abiding conduct -- involves comparing the defendant's conduct with that of a law-abiding person. See State v. Evans, 134 N.H. 378, 594 A.2d 154 (New Hampshire Supreme Court 1991) . . . .

As the comment to the Model Penal Code section defining recklessness explains, when assessing recklessness, the fact-finder should `measure the substantiality and unjustifiability of the risk by asking whether its disregard, given the actor's perceptions, involved a gross deviation from the standard of conduct that a law-abiding person in the actor's situation would observe.’ Model Penal Code § 2.02 cmt. 3, at 237; see State v. Donohue, 150 N.H. 180, 834 A.2d 253 (2003)(our Criminal Code is largely derived from the Model Penal Code . . .).

The court outlined one more relevant standard before addressing the substance of Belleville’s argument on appeal:

Here, the court could have considered [Belleville’s] conduct before and after the accident, including his admission that he was reading a text message at the time of the accident, and soon thereafter erased his telephone's call history. See State v. Hull, supra.

The Supreme Court then applied these standards to this case:

Viewing all of the evidence in the light most favorable to the State, we cannot say that no rational trier of fact could have found it sufficient to establish that [Belleville] acted recklessly. [He] admitted he looked down to check a text message on his cellular telephone while driving and stated, `the next thing you know I crashed.’

During the time he spent looking down at a text message, rather than paying attention to the road, [Belleville] drove across the median, which was approximately the width of two lanes and set off from the travel lanes by two sets of solid double yellow lines, and entered into the opposite lane of traffic. A rational trier of fact could have concluded that the risk that another driver would suffer serious injury in this situation was `substantial and unjustifiable.’ . . .

Moreover, a rational trier of fact could have found that looking down to check a text message for the length of time it took to cross over the median, enter into the oncoming travel lane, nearly hit one vehicle, and hit two others, without braking or attempting to evade collision, was a gross deviation from the conduct of a law-abiding citizen, because a law-abiding citizen would not have voluntarily remained inattentive for such an appreciable length of time over such a distance. . . .

Likewise, a rational trier of fact could have concluded that [Belleville] was aware of the risk that looking down to check a text message while driving could cause an accident, and that he chose to disregard that risk. Finally, although not dispositive, a rational trier of fact could have considered [his] subsequent conduct of erasing the call history on his telephone as demonstrative of his awareness that diverting his attention from the road and to his telephone while driving risked causing an accident. . . .

The court concluded by explaining that this

was more than a case of momentary inattention, such as might be caused by changing a radio station or sneezing. . . . Here, [Belleville] chose to divert his attention from the road to check a text message and remained so inattentive that he failed to notice he crossed nearly three lanes of traffic and entered into the opposite lane in the face of oncoming traffic.

Under these circumstances, we cannot say that a reasonable trier of fact, viewing the evidence and all reasonable inferences from it in the light most favorable to the State, could not have found that [Belleville] acted recklessly.

It therefore affirmed his conviction.  State v. Belleville, supra.  The news story you can find here provides a photo of Belleville and a little more information about what happened to the family he hit.

Posted by Susan Brenner at 5:57 PM