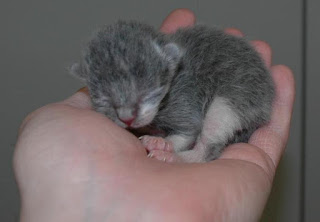 I’m only going to focus on two of them: (i) that his girlfriend’s mother did not have authority to consent to the search of the apartment; and (ii) that a laptop in which White had a 4th Amendment reasonable expectation of privacy was improperly seized without a warrant. First, though, this is how the case arose:

Eight-year-old Haley lived at an apartment complex in Sacramento. In April of 2009, a resident of the complex, Nicole Buzzetta (Nicki) came by Haley's apartment and asked if she wanted some kittens. Haley went to Nicki's apartment with her sister to look at the kittens. On May 12, Haley told her mother she was going to the complex's parking lot to show a friend her glasses and then see the kittens. People v. White, supra.

Haley returned home “very scared.” People v. White, supra.  She told her mother Nicki's boyfriend, White, grabbed her by the hand and asked her what she was doing in the parking lot. He led Haley to a green truck; while he sat in the truck and she stood outside it, he stuck his hand down her shorts and touched her vagina.  People v. White, supra.

Someone contacted the police, because Sacramento County Sheriff’s Detective Darin Pometta “learned from Haley” that the person who had touched her was associated with

Nicki who resided in apartment 104. Pometta . . . learned the tenants for apartment 104 were Nicole Buzzetta and Tommie Butler. . . .

Butler . . . told [Saika] her son, [White], was engaged to Buzzetta. . . . Butler said [he] was out of town looking for work. . . . Saika learned the green Chevy Tahoe . . . identified by Haley was registered to Buzzetta's father but it was, for practical purposes, Buzzetta's car.

The detectives went back to the station, compared notes and decided to focus on White.  People v. White, supra.  A records check showed that he “had outstanding warrants and was a registered sex offender from Santa Cruz County.” People v. White, supra.  The detectives went back to the apartment to find out more about White. People v. White, supra.  They knocked on the door around 11:00 a.m. and Butler answered:
Pometta . . . asked if they could. . . speak with her. Butler opened the door and gestured with her hand in an inviting manner, and the detectives entered the apartment. Pometta asked if there was anyone else in the apartment. Butler said her daughter and two grandsons were sleeping in a bedroom in the back. Pometta asked if he could look in the bedrooms and verify. Butler said he could. She directed him down the hallway to a room on the right, and he entered the room. He saw a female sleeping on the floor with an infant next to her and another toddler sleeping in a crib.

Pometta left . . . and asked Butler if anyone else was in the apartment. She said there was not. Pometta went into the adjacent room. The door . . . was slightly ajar, and appeared to be leading to the master bedroom area. As he opened the door and entered the room, he noticed a man standing motionless to his left. The man was standing inside the threshold of an adjacent door. This startled Pometta, but he recognized the man as [White]. With his weapon drawn, he ordered [White] to the ground.

That brings us to White’s first argument as to why the evidence should be suppressed:  that his mother did not have authority to consent to a search of the apartment.  Wikipedia notes, consent is an exception to the 4th Amendment’s default warrant requirement, i.e., to the requirement that officers have a warrant in order to search for and seize evidence.  And as I have noted in earlier posts, consent substitutes for a warrant because by consenting, you basically waive your 4th Amendment rights.

As I have also noted in earlier posts, consent substitutes for a warrant if the person who consented to the search and/or seizure had actual authority to consent OR if the officers reasonably, though incorrectly, believed the person had such authority (apparent authority).  For more on that, check out this article.

Here, White argued that the trial judge erred in denying his motion to suppress by finding that Butler “had the authority to consent to the detectives entering the apartment and [his] bedroom.” People v. White, supra.  The trial judge found that the “detectives reasonably relied on Butler's apparent authority, even if she had no authority in fact, to admit them into [White’s] bedroom.”  People v. White, supra.

The Court of Appeals agreed.  It explained that “whether or not” Butler had actual

authority to consent to the search of the master bedroom, the detectives' belief that she had that authority was reasonable. Nothing in the . . . circumstances would have led a reasonable person to doubt Butler's authority. She and Buzzetta were listed on the lease as the only tenants. She was the person who invited the detectives into the apartment on the first two visits and consented to Pometta searching the bedrooms on the second visit. Based on what she and Buzzetta had told them, the detectives had no reason to believe anyone else lived at the apartment.

When the detectives made their second visit, there was no indication Buzzetta had exclusive control of the master bedroom. The door to that room was slightly open, and from what the detectives knew . . . the room could have been used by Butler or Buzzetta or both, since the other bedroom was occupied by a woman and two children, . . . whom Butler identified as her daughter and grandchildren. Under these circumstances, the detectives' belief in Butler's authority to consent to their searches was reasonable and did not violate [White’s] rights under the 4th Amendment.

The Court of Appeals also noted that “[m]ore significantly,” the evidence admitted based on the

detectives' second visit to the apartment was discovered upon defendant's consent. After bringing a handcuffed [White] to the living room, Pometta asked him for identification. [White] told him it was in his wallet on top of the bed in the master bedroom, implicitly granting Pometta consent to reenter the bedroom and retrieve [his] wallet. [At the suppression hearing,] Pometta testified it was not until he went back into the master bedroom to retrieve [White’s] wallet that he saw the laptop. And it was that laptop, first seen by Pometta under consent from [White], which led to the discovery of the additional evidence found in the room.

Based on these facts, the Court of Appeals held that “the detectives reasonably relied on Butler's apparent authority and [White’s] actual authority to enter [his] bedroom without a search warrant.”  People v. White, supra.

That brings us to White’s other argument: that “the seizure of Buzzetta's laptop violated his 4th Amendment rights because he had a reasonable expectation of privacy in” it.  People v. White, supra.  The court noted that the “`application of the 4th Amendment depends on whether the person invoking its protection can claim a “`reasonable . . . expectation of privacy' that has been invaded by government action.’” People v. White, supra (quoting Smith v. Maryland, 442 U.S. 735 (1979)).  As I’ll explain in a moment, I think this is the wrong standard to be used in analyzing White’s concededly ill-framed argument.

The court then explains, correctly, that to have a reasonable expectation of privacy in a place or thing, the person must subjectively believe it is private and society must accept that belief as objectively reasonable.  People v. White, supra.  For more on that, check out this prior post.
The Court of Appeals found that White did not have a reasonable expectation of privacy in the laptop because it

belonged to Buzzetta, not [White]. Although he had a profile and a password on the computer, he apparently had shared those with Buzzetta, as she checked his settings regularly regarding her photographs. Thus, he did not exclude Buzzetta from his profile, nor did he control his settings on the laptop.

An overnight guest who shares a laptop computer with his host will not have a reasonable expectation of privacy in the shared laptop, particularly when he does not own or control the laptop. The 4th Amendment's protection depends on the reasonable expectations of privacy held by people, not simply on the location of the item the people seek to keep private. (Katz v. U.S., 389 U.S. 347 (1967).)

For this and other reasons, the court rejected White’s 4th Amendment arguments and affirmed his convictions.  People v. White, supra.  In People v. Blair, 321 Ill. App.3d 373, 748 N.E.2d 318 (Illinois Court of Appeals 2001), which also involved a prosecution for possessing child pornography, the defendant’s motion to suppress challenged his father’s authority to consent to officers’ seizing a computer that belonged to him (not his father) and that his father did not use.  The court explained that the authority to consent to a seizure, unlike authority to consent to a search, is predicated on ownership, not on a reasonable expectation of privacy.  The Court of Appeals held that the consent of a

third party is ineffective to permit the government to seize property in which the third party has no actual or apparent ownership interest. Rather, a seizure is lawful only when the owner of the property consents to the seizure. . . .

People v. Blair, supra. The court therefore held that the father’s consent was ineffective, which meant the son’s motion to suppress should have been granted, which means that his convictions were reversed.  People v. Blair, supra.  Here, the laptop belonged to Buzzetta, so she would have actual authority to consent to its seizure.  So my problem with this part of the court’s opinion is not that the result is wrong . . . but that the court used the wrong 4th Amendment principle to uphold the trial judge’s denying the motion to suppress.