Extortion, Sex and “Thing of Value” 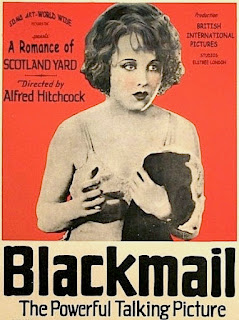 He made several arguments on appeal, such as that the stalking charges violated the 1st Amendment and his sentence was improperly enhanced for obstructing justice, but we’re primarily concerned with only one of them: that the district court judge who presided over his trial improperly instructed the jury on the elements of the § 875(d) extortion charge.  U.S. v. Petrovic, supra.

To understand that argument, and the extortion charge, it is necessary to understand how the case arose.  According to this opinion, Petrovic and the victim, M.B.,

began a relationship in 2006, married in 2009, and later divorced. During their relationship, Petrovic resided in Florida and M.B. resided in Missouri, where she and her ex-husband, R.B., shared custody of their two young children. Petrovic and M.B. often met in Florida or Missouri, and M.B. occasionally allowed Petrovic to take pictures of her in the nude or performing various sex acts.

M.B. also confided in Petrovic, revealing private and intimate information in text messages, such as the sexual abuse M.B. suffered as a young girl, her suicidal thoughts and tendencies, family secrets, and self-doubts about her fitness as a mother. Petrovic saved thousands of these text messages.

. . . .In July 2009, M.B. attempted suicide at Petrovic's home after finding evidence leading her to believe [he] was having an extra-marital affair. After M .B. was taken to the hospital for treatment, Petrovic took pictures of the pool of blood that had formed on the floor. In December 2009, [he] took several trips to Missouri to see M.B.

During these trips, Petrovic stayed at a local hotel and secretly filmed M.B. having sexual intercourse with him. Petrovic took steps to ensure M.B. was identifiable in the videos. He refused to turn off the lights, removed the sheets from the bed, and directed M.B.'s face and exposed genitalia toward the concealed camera.

The site was publicly accessible in March 2010. Petrovic reported [it] was `huge,’ containing `20,000 or 30,000 pages’ of material. . . . [It] contained links to dozens of images of M.B. posing in the nude or engaging in sex acts with Petrovic, and included many from the tapes Petrovic secretly recorded. Visitors . . . could view scores of pictures of M.B.'s children and other family members by clicking on a link next to the pornographic material. . . .

Petrovic also posted thousands of pages of text messages M.B. had sent him. The messages were color-coded by speaker and organized chronologically, with the most private and embarrassing messages given special pages. . . . Petrovic posted the pictures of the blood from M.B.'s suicide attempt. . . .

Private information about M.B. and her family was also revealed, including M.B.'s contact information and the social security numbers of her children. M.B. did not authorize Petrovic to release any of this information. After learning of the website, M.B. `had a breakdown’ and `wanted to die.’

Petrovic also sent packages containing enlarged photographs of M.B. engaging in sex acts with Petrovic to M.B. at her work, to her boss, to her family members, and to R.B.'s home, where M.B.'s seven-year-old child viewed the material. U.S. v. Petrovic, supra.

As noted above, on appeal Petrovic claimed his convictions for stalking should be set aside because they violated his right to free speech under the 1st Amendment.  U.S. v. Petrovic, supra.  In ruling on this argument, the Court of Appeals noted that when a 1st Amendment argument is raised in a context involving the public disclosure of facts about private persons, it applies the standard it had enunciated some years ago, in Coplin v. Fairfield Public Access Television Comm., 111 F.3d 1395 (U.S. Court of Appeals for the 8th Circuit 1997):

It found that Petrovic’s stalking convictions did not violate the 1st Amendment because (i) “M.B. was a private individual, and Petrovic's communications revealed intensely private information about M.B.”, (ii) “the intimately private facts and photographs revealed by Petrovic were never in the public domain before [he] began his campaign to humiliate M.B.”, (iii) “ the public has no legitimate interest in the private sexual activities of M.B. or in the embarrassing facts revealed about her life” and (iv) “the information Petrovic publicized to the community was highly offensive.”   U.S. v. Petrovic, supra.

The Court of Appeals then addressed Petrovic’s challenge to his conviction for extortion in violation of 18 U.S. Code § 875(d). U.S. v. Petrovic, supra.  It noted that to be

convicted under the interstate extortionate threat statute, Petrovic must have intended to extort from M.B. `any money or other thing of value.’ 18 U.S. Code § 875(d). The district court instructed the jury, over Petrovic's objection, that a `sexual relationship’ could constitute a `thing of value under § 875(d).

Petrovic maintains this was error that caused him to be improperly convicted of one charge of violating § 875(d) for his December 28, 2009 communications in which Petrovic threatened to harm M.B.'s reputation if she ended their relationship.

U.S. v. Petrovic, supra.  (The court explains in a footnote that Petrovic did not “similarly challenge his conviction for the second charge of violating § 875(d) for his June 20, 2010 communications in which he threatened” to keep the site operational until M.B. returned described property and paid him $100,000, “presumably because the described property and the $100,000 clearly constitutes `money or other thing of value’ under the statute.” U.S. v. Petrovic, supra.)

`Congress'[s] frequent use of “thing of value” in various criminal statutes has evolved the phrase into a term of art which the courts generally construe to envelop[ ] both tangibles and intangibles.’ U.S. v. Nilsen, 967 F.2d 539 (U.S. Court of Appeals for the 11th Circuit 1992). Petrovic concedes a `thing of value’ under § 875(d) includes intangible objectives.

It found that the holdings in these cases

reflect the principle that value is a subjective, rather than objective, concept where `the focus of the . . . term is to be placed on the value which the defendant subjectively attaches’ to what is sought to be received. U.S. v. Gorman, 807 F.2d 1299 (U.S.Court of Appeals for the 6th Circuit 1986). . . . Although these cases differ in procedural postures and involve different statutes than does the present case, we see no reason why a `thing of value’ under § 875(d) is more narrow than what the broad term of art encompasses in other contexts.

For these and other reasons, the Court of Appeals affirmed Petrovic’s convictions and sentence.  U.S. v. Petrovic, supra.  If you’d like to read a little more about the case and see a photo of Petrovic, check out the news story you can find here.
Posted by Susan Brenner at 7:51 AM