Plain View, the iPhone and the iPod Touch 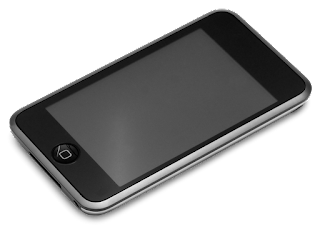 According to the opinion in which the federal district court judge rules on his motion to suppress, this is how the government obtained the evidence at issue:

On March 10, 2011, [Special Agent Janice] Castillo and other law enforcement agents attempted to locate and apprehend Meregildo. . . .  First, Castillo and her team tried to arrest Meregildo at his home on 2253 Haviland Avenue in the Bronx. But he was not there. . . .

Then, Castillo traveled to 3073 Park Avenue, Apt. F in the Bronx -- a location where she believed Meregildo might be found. . . . Meregildo was not there either, however Castillo spoke with one of the occupants of Apt. F who provided her with a telephone number of an iPhone used by Meregildo. . . . Finally, Castillo and her team went to 681 Courtlandt Avenue, Apartment 5 in the Bronx (the `Courtlandt Apartment') -- the home of Meregildo's wife or girlfriend. . . .

At the Courtlandt Apartment, Castillo learned that Meregildo was sleeping in the back bedroom. . . . Castillo and two other law enforcement agents received permission to enter and proceeded to a bedroom where they found Meregildo sleeping. . . . He was arrested. . . .

Because Meregildo was wearing only a T-shirt and underwear, Castillo gave Meregildo a pair of pants that he identified as his own. . . . Castillo searched the pants before handing them over to Meregildo. . . . Inside a pocket, Castillo found Meregildo's New York State identification (`NY ID’) and a USB drive-a data storage device containing computer files. . . .

Castillo also noticed an iPhone and iPod touch on top of a dresser or table in the bedroom. . . . Castillo seized the N.Y. ID, USB drive, the iPhone and an iPod touch -- which she mistook for another iPhone. . . .

Meregildo moved to suppress the evidence seized from the Courtlandt apartment.  U.S. v. Meregildo, 2012 WL 4378047.  The federal district court judge who has the case began his analysis of Meregildo’s motion by noting that the

4th Amendment guarantees that all people shall be `secure in their persons, houses, papers, and effects, against unreasonable searches and seizures.’ . . . A 4th Amendment search conducted without a warrant issued upon probable cause is `per se unreasonable . . . subject only to a few specifically established and well-delineated exceptions.’ Katzv. U.S., 389 U.S. 347 (1967).

The judge then addressed Meregildo’s arguments as to the various items seized from him at the Courtlandt apartment.  U.S. v. Meregildo, 2012 WL 4378047.

He began with “the seizure of Meregildo's New York identification and USB drive.”  U.S. v. Meregildo, 2012 WL 4378047.  Since Castillo did not have a warrant authorizing a search for and the seizure of evidence, the “reasonableness” of the seizure of this evidence depended on whether it fell within the scope of a valid 4th Amendment exception to the warrant requirement.

The judge explained that a

search incident to a lawful arrest permits law enforcement to search a `lawfully arrested person and areas within his immediate control.’ Smith v. Ohio, 494 U.S 541 (1990). These areas include places where an arrestee might gain possession of a weapon or destructible evidence. . . . This exception stems from safety concerns and the need to preserve evidence. See U.S. v. Robinson, 414 U.S. 218 (1973).

`[I]n the case of a lawful custodial arrest a full search of the person is not only an exception to the warrant requirement of the Fourth Amendment, but is also a ‘reasonable’ search under that Amendment. U.S. v. Robinson, supra.

Moreover, `[w]hile the legal arrest of a person should not destroy the privacy of his premises, it does -- for at least a reasonable time and to a reasonable extent -- take his own privacy out of the realm of protection from police interest in weapons, means of escape, and evidence.’ U.S. v. Edwards. 415 U.S. 800 (1974).

He then addressed the

seizure of Meregildo's New York identification and USB drive. At the time of his arrest, Meregildo was wearing only a T-shirt and underwear. . . . Law enforcement agents needed to locate appropriate clothing for him. See U.S. v. Di Stefano, 555 F.2d 1094 (U.S. Court of Appeals for the 2d Circuit 1977).

Castillo fulfilled this requirement by giving Meregildo a pair of his pants that were `right next to the bed’ where he sleeping when he was arrested. . . . Before giving Meregildo his pants, Castillo searched them. . . . This was a proper search incident to Meregildo's arrest. See U.S. v. Robinson, supra. . . .  Accordingly, Castillo's warrantless seizure of the N.Y. ID and the USB drive was lawful.

The judge then took up the “reasonableness” of the seizure of Meregildo’s iPhone and iPod touch.  U.S. v. Meregildo, 2012 WL 4378047.  The prosecution argued that both items were also

The prosecution also argued, as an alternative basis for upholding the seizure of both items, that “the iPhone and iPod touch were lawfully seized under the plain-view doctrine.” U.S. v. Meregildo, 2012 WL 4378047.  As I noted in an earlier post, the Supreme Court has explained that the plain view doctrine is best “understood . . . not as an independent `exception’ to the 4th Amendment’s warrant clause, but simply as an extension of whatever the prior justification for an officer's `access to an object may be.”  Texas v. Brown, 460 U.S. 730, 738-739 (1983).

And as this court noted, the plain-view doctrine

applies if (1) the officer is lawfully at the place where the evidence could be viewed; (2) the incriminating nature of the item is immediately apparent; and (3) the officer had a lawful right of access to the seized object.

U.S. v. Meregildo, 2012 WL 4378047.  The requirement that “the incriminating nature of the item is immediately apparent” means that when the officer looks at an item, he/she must immediately have probable cause to believe it is evidence of a crime.

The judge found, first, that there was “no dispute that Castillo was lawfully inside the bedroom and that she had a lawful right of access to the seized object.”  U.S. v. Meregildo, 2012 WL 4378047.

As to the requirement that the officer had probable cause to believe the iPhone and iPod touch were evidence of a crime, the judge noted that at the suppression hearing, Castillo testified that

`We had learned with our investigation that a lot of these guys were either Twittering or they were on Facebook and they were posting a lot of information that pertained to our case. When we were looking for Mr. Meregildo and this is information we received from cooperators-when we were looking for Mr. Meregildo and we found him at that location I saw the two phones and I asked him if they belonged to him. That was our interest in the phones, because we believed it [sic] had pertinent information in the phones.’

He then found that

[b]ecause law enforcement suspected Meregildo's involvement in racketeering and narcotics conspiracies -- whose members used cellular phones and social media to facilitate their criminal acts -- the iPhone and iPod touch (that appeared to Government agents to be another iPhone) were immediately identifiable as evidence of criminal conduct. . . .

This opinion does not explicitly say this, but Castillo apparently asked Meregildo some questions in order to establish that the iPhone and iPod touch both belonged to him.  I assume the prosecution also relied on this as supporting its argument that the plain view doctrine justified the seizure of both.

I note all that because in the opinion, the judge also found that
Castillo's questioning of Meregildo to confirm his ownership of these items is irrelevant because the law looks to the objectively incriminatory nature of the item, not the subjective thoughts of the officer. . . .

This additional information was not required because, as set forth above, the incriminatory nature of the items was immediately apparent. . . . Thus, the iPhone and iPod touch were also properly seized under the plain-view doctrine.

So, he upheld the seizure of both under the search incident to arrest exception to the 4th Amendment’s warrant requirement and to the plain view doctrine.  If and when he is convicted, Meregildo can argue that the judge erred in either/both respects.
Posted by Susan Brenner at 8:31 AM