The Prepaid Phone, Robbery and Hearsay 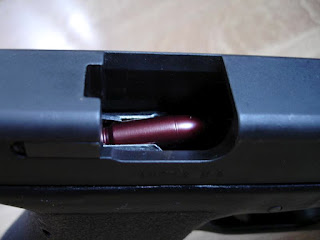 After he was convicted of “four counts of felonious assault, two counts of aggravated robbery, and two counts of having a weapon while under disability”, Adam Cassano appealed.  State v. Cassano, 2012 WL 2580750 (Ohio Court of Appeals 2012).

His first argument on appeal was that his convictions “were against the manifest weight of the evidence” presented at trial.  State v. Cassano, supra. As I explained in a recent post, when a court rules on an against the manifest weight of the evidence, it is basically reviewing the charges and the evidence in the record to see if the defendant should be given a new trial, a step that is only appropriate in extraordinary cases.

So we need to review the evidence presented at Cassano’s trial:

[T]he victims, accompanied by [codefendant Jerrell] Glenn, visited several bars during an evening out. One of [them], Kenneth Elsleger, was known by Glenn to be a drug dealer who carried large amounts of cash. As the group was returning to Elsleger's apartment at about 2:30 a.m., one of them noticed Glenn was sending text messages from his telephone, but trying to hide its screen as he did so. When they parked at Elsleger's apartment, the group exited the car.

One noticed that Glenn ran away. A few minutes later a male approached Elsleger and asked for help lighting a cigarette. The male then pulled a gun, fired a single shot in the air, and demanded Elsleger empty his pockets. Elsleger began moving backwards and watched as his brother grabbed the male's arm.

The male threw the brother to the ground and ripped away a necklace [he] was wearing. The male then shot Elsleger in the neck. The brother regained his footing and grappled with the male, but he, too, was shot. . . . The male fled.

The victims were unable to identify their assailant from photo arrays.

tire marks leading away from the scene. They followed the footprints to the front entrance of another apartment complex. . . . Cassano was exiting the building. [He] matched the general description of the robber, so a police officer asked if he was in the building all night. Cassano said he just arrived.  The officer who spoke with Cassano noticed he appeared `very nervous,’ was giving `disjointed partial answers, and could not explain . . . how he arrived at the building.

Glenn [then] admitted he had been with the . . . victims that evening. He said his car was parked at his residence and he started to walk to his apartment as soon as the victims arrived at the crime scene. The police were skeptical . . . because [his] apartment was more than two miles away and it made no sense . . . that [he] would walk that distance at 2:30 a.m. in falling snow.

As the police were preparing to give Glenn a ride to his house . . . [a victim] asked if they were taking him to the scene of the crime so he could get his car. . . . [P]olice discovered a car registered to Glenn at the crime scene.

While the officers knew “the number of the telephone that received Glenn's text messages,” it was “registered to a `pay as you go’ cell phone carrier that did not keep subscriber information.” State v. Cassano, supra.  When police examined calling records from the “`recipient telephone’”, they found that it had “made calls to a phone owned by Cassano's mother at the house” where he also lived.  State v. Cassano, supra. They also found that Cassano's brother had called the recipient phone and that, the day after police interviewed Cassano, he “unsuccessfully attempted to call the recipient cell phone and then immediately called the Cassano residence phone.”  State v. Cassano, supra.

Since none of the victims could positively identify Cassano as the robber, the prosecution relied on circumstantial evidence for its case.  State v. Cassano, supra.  As the court noted,

[u]nlike direct evidence in which a witness testifies about a matter within the witness's personal knowledge such that the trier of fact is not required to draw an inference from the evidence to the proposition that it is offered to establish, circumstantial evidence requires the drawing of inferences that are reasonably permitted by the evidence.

Cassano’s first argument was that the prosecution could not “definitively prove that he was the recipient of” Glenn’s text messages on the night of the robbery and none of the victims could identify him as the robber.  State v. Cassano, supra.  The Court of Appeals did not agree, though it conceded that the evidence concerning the recipient of Glenn’s texts

did not directly identify Cassano -- the recipient number was for a prepaid phone that did not provide subscriber information. But the circumstantial evidence allowed the court to infer reasonably that Cassano was in possession of the telephone at the time of the robbery.

Glenn admitted he and Cassano were friends, so it was not out of the question that Glenn would have messaged Cassano. Records from Glenn's telephone showed that after Cassano had been interviewed and released by the police, Glenn first tried to call the recipient telephone number and then immediately called the land line number associated with Cassano's residence.

While this was not surprising given that they were friends, the court found it was “implausible to suggest that the tire and footprints leading from the scene of the robbery to an apartment complex where they were both found was mere coincidence”, given that Cassano's appearance matched the general description of the robber and his nervous disposition cast doubt on his story.”  State v. Cassano, supra.

Cassano’s argument was that Glenn’s text messages were, “as to him, . . . inadmissible hearsay.”  State v. Cassano, supra.  As Wikipedia explains, hearsay is essentially second-hand evidence, i.e., the witness (Jane) repeats what someone else told her, such as “Sam said he saw Tom kill Matt.”

As I’ve explained in earlier posts, the federal court system and every state have rules that exclude hearsay unless it falls into one of a number of exceptions.  The reason they do that is because if Jane were to testify as noted above, Tom would be in a difficult position.  If the jury believes her, it will convict him.  And it’s very difficult for his lawyer to effectively cross-examine her, i.e., test the truth of what she’s implicitly saying (Tom killed Matt), because she has no first-hand knowledge of that.  All cross-examination can do is try to show that (i) Sam didn’t say that, (ii) if Sam said that he was wrong/drunk/crazy and/or (iii) Jane is wrong or crazy.

According to the prosecution, the trial judge correctly admitted the text messages under the business records exception to the default rule barring hearsay.  State v. Cassano, supra.  The Court of Appeals began its analysis of this argument by noting that to

Cassano claimed a “a representative of Verizon Wireless, the carrier for Glenn and the parent company of a subsidiary wireless service that acted as the carrier for the recipient telephone, was not allowed . . . to testify to how the cell phone records were compiled and whether the method of record retention was reliable” but the court disagreed.  State v. Cassano, supra.  It noted that the representative testified “that the records were maintained in the `normal course of business activity’ through an automated computer system” and that this “testimony alone was sufficient to establish the prerequisites for admitting the text messages as business records.”  State v. Cassano, supra.

The Court of Appeals also explained, however, that whether the trial judge was wrong

to admit the text messages under the business record exception to the hearsay rule is of no consequence because two possible outcomes existed from the use of the evidence, neither of which benefit Cassano.

Alternatively, if the court was to find that Cassano did not own or was not using the recipient telephone, the text messages would have no prejudicial effect whatsoever on Cassano because they would not have been evidence implicating Cassano.

The Court of Appeals noted that this was

exactly what the court concluded after extensive discussions on whether to allow the text messages into evidence. The court confirmed that if it concluded Cassano did not own the recipient telephone, the text messages sent from that telephone would not constitute proof against Cassano and their admission would not `hurt’ him. It ultimately allowed them as having `some relevance.’

The court therefore rejected the argument that the trial judge erred in admitting the text messages.  State v. Cassano, supra.  Since the Court of Appeals rejected the other arguments Cassano made on appeal, it affirmed his conviction and sentence.  According to the news story you can find here, he was sentenced to 19 years in prison and Glenn was sentenced to 16.

I seem to recall an earlier post you did which a court found that the Business records exception was BS because the phone company has no stake in the accuracy of the text messages. Unlike normal business records (like time cards, invoices, etc), in which they do have an interest in accuracy.

Anyway you could find that post and then compare and contrast the decisions?