Warrant Executed by FBI Analyst Instead of State Officer 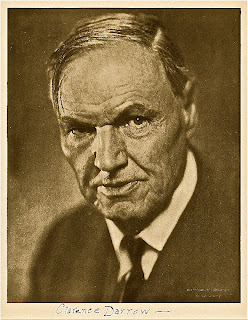 After Robert Twiggs was convicted on “one count each of aggravated child molestation, aggravated sexual battery, child molestation, rape, statutory rape, and incest involving his stepdaughter”, he appealed, arguing, in part, that “he received ineffective assistance of counsel at trial”.  Twiggs v. State, __ S.E.2d __, 2012 WL 1003592 (Georgia Court of Appeals 2012).
More precisely, Twiggs appealed the trial court’s denying his motion for a new trial, which was based, in part, on the same argument.  Twiggs v. State, supra.
This is all the opinion says about how the prosecution arose:
Twiggs met the victim's mother in 1998 when the girl was approximately six years old. The family lived in Valdosta until 2006 when they moved to Henry County, where the charges in this case were filed. The victim testified that Twiggs began playing games with her when she was about seven years old, games that always ended with Twiggs sticking his private part in her bottom. . . .
The victim was 15 when the family moved to Henry County, and Twiggs began putting his private part, and sometimes his fingers, in her private part or put his private part into her mouth. . . .
[W]hen the family was still living in Valdosta, the victim's younger brother saw Twiggs doing something to the victim's private area on one occasion in Valdosta, when the victim was wearing only a black tank top. Twiggs told the brother he was checking to see if she was pregnant. Twiggs and the victim's mother split up, and when . . . the victim told her mother about these events, her mother contacted the police.
Twiggs v. State, supra.

As Wikipedia explains, ineffective assistance of counsel is an argument that is
raised by a convicted criminal defendant that her attorney's performance was so ineffective as deprive her of the constitutional right guaranteed by the Assistance of CounselClause of the Sixth Amendment to the United States Constitution. Having the . . .  assistance of counsel means that the criminal defendant has had a competent attorney representing him or her. Competence is defined as reasonable professional assistance and is defined in part by prevailing professional norms and standards.

In his appeal, Twiggs argued, in part, that “he received ineffective assistance of counsel at trial when his attorney . . . failed to challenge the search of his computer as illegal under [Georgia Code § 17-5-24].”  Twiggs v. State, supra. The Court of Appeals began its analysis of his argument by noting that to establish his claim of ineffective assistance,
Twiggs must show both that trial counsel's performance was deficient and that the deficient performance was prejudicial to his defense. Strickland v. Washington, 466 U.S.668 (1984). . . . `Failure to satisfy either prong of the two-part Strickland test is fatal to an ineffective assistance claim.’ (Footnote omitted.) Nelson v. State, 302 Ga. App. 583, 691 S.E.2d 363 (2010). Moreover,

`Furthermore, there is a strong presumption that the performance of counsel was within the wide range of reasonable professional lawyering, and we cannot reach a contrary conclusion unless defendant successfully rebuts the presumption by clear and convincing evidence. Judicial scrutiny of counsel's performance must be highly deferential.’
Bridges v. State, 286 Ga. 535, 690 S.E.2d 136 (2010).
Twiggs v. State, supra.
(The Court of Appeals also explained, in a footnote, that “`[o]n appeal from a criminal conviction, the evidence must be viewed in the light most favorable to the verdict, and the appellant no longer enjoys the presumption of innocence.’” Twiggs v. State, supra (quoting Brown v. State, 274 Ga. App. 302, 617 S.E.2d 227 (2005)).)
Twiggs argued that his defense attorney’s performance was ineffective because the attorney did not challenge the “search of his computer because it was conducted by an employee of the Federal Bureau of Investigation (`FBI’), not a Georgia peace officer,” which he contended was required by Georgia Code § 17-5-24. Twiggs v. State, supra.  That statute provides as follows:
The search warrant shall be issued in duplicate and shall be directed for execution to all peace officers of this state. However, the judicial officer may direct the search warrant to be executed by any peace officer named specially therein.
Georgia Code § 17-5-24.
According to evidence presented at trial, this is how the computer search was conducted:
Detective Amanda McCord of the Henry County Police Department testified that on February 15, 2008, she applied for and obtained a search warrant for Twiggs' place of employment to look for computers and other storage media belonging to Twiggs. The search warrant was directed to: `All Peace Officers of the State of Georgia,’ and McCord conducted the search pursuant to the warrant the same day.

That search yielded a Dell desktop computer and a Dell laptop, which was located in a book bag on Twiggs's person. Detective Kelli Bowles Owen of the Henry County Police Department, and a former member of the FBI's Safe Child Task Force, testified that she sought a second search warrant on February 19, 2008 to obtain authority for a computer specialist to conduct a forensic search of the computers to look for evidence related to child pornography and child molestation. Owen's affidavit asked for permission to conduct an off-site search of the hardware and to use `whatever data analysis techniques appear necessary to locate and retrieve the evidence described. . . .’

The [warrant] signed by the magistrate was directed to: `All Peace Officers of the State of Georgia,’ but it specifically authorized a search of the computers held by the Henry County Police to be conducted as described in the affidavit provided by Detective Owen. Detective McCord testified that she transported the computers to the FBI for forensic evaluation.

He also ran it against a database of known victims of child pornography maintained by the Child Victim Identification Program at the National Center for Missing and Exploited Children. But after argument among the parties, the State chose not to introduce the results of that comparison. Instead, Figueroa testified only that nude photographs, which the victim previously had identified as pictures taken of her by Twiggs, appeared on Twiggs's laptop in a file labeled `dangerous.’


Twiggs v. State, supra.
In arguing that his attorney’s performance was ineffective, Twiggs relied on his trial attorney’s testimony at the hearing on this motion for a new trial:


Twiggs's trial attorney testified that he originally filed a motion to suppress the evidence seized in the case, but withdrew it after reviewing the search warrants and determining that they appeared to be in order.

But trial counsel testified that at the time he made the decision to withdraw the motion to suppress, he was not aware of the requirement under [Georgia Code § 17-5-24] that search warrants be issued to all peace officers in the state.
He stated that had he known of that requirement and had he determined that the FBI employee who conducted the search had not been deputized in Georgia, he would have pursued a motion to suppress.


Twiggs v. State, supra.
In analyzing Twiggs’ argument, the Court of Appeals noted that “`[w]hen trial counsel's failure to file a motion to suppress is the basis for a claim of ineffective assistance, the defendant must make a strong showing that the damaging evidence would have been suppressed had counsel made the motion.’” Twiggs v. State, supra (quoting Biggs v. State, 281 Ga. 627, 642 S.E.2d 74 (2007)).
Twiggs, of course, argued that “the evidence from the computers was subject to suppression because Figueroa was a civilian computer analyst, not a Georgia peace officer, and thus he could not execute the search warrant within the requirements of” Georgia Code § 17-5-24. Twiggs v. State, supra.  The Court of Appeals, however, was not convinced:
[T]his Court has previously recognized that civilians, acting under the supervision of police, can properly execute a search warrant. Bradford v. State, 184 Ga. App. 459, 361 S.E.2d 838 (Georgia Court of Appeals 1987) (no violation of Georgia Code § 17-5-24 when contraband located by private citizens known as `reserve deputies’ . . .[who were] were closely supervised by police and their activities circumscribed). And the Georgia Supreme Court has considered and rejected Twiggs's argument in the context of a forensic dental examination conducted by a private dentist.

As the Supreme Court noted, `it would be unreasonable to suggest that the actual physical gathering of the evidence, utilizing equipment and procedures requiring expert skill and having a high potential for harm to the person being searched, must be done by peace officers.’ Harris v. State, 260 Ga. 860, 401 S.E.2d 263(1991).

While presumably no potential for human injury existed in the forensic computer analysis, it cannot be disputed that the analysis required expert skill and without such expertise, it is conceivable that evidence may have been overlooked or even destroyed.

Moreover, the computer examination was conducted at the direction of Georgia peace officers to enable them to complete their own investigation. Cf. State v. Harber, 198 Ga. App. 170, 401 S.E.2d 57 (1990) (where county officers are present with the warrant at search locale, mere fact that actual physical acts involved in conducting search of the premises may have been performed by campus police does not mean that the search warrant was not executed jointly by campus and county officers).

Posted by Susan Brenner at 9:18 AM