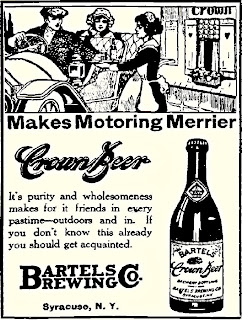 At 10:23 p.m. on June 19, 2006, several City of Wausau police officers and two Marathon County deputies responded to a 911 call from [Gregg] Kandutsch's estranged wife that someone was trying to break into her home. When the officers arrived . . . they discovered Kandutsch inside the home, having sustained serious injuries from breaking a glass door.


Kandutsch was transported to the hospital for treatment of his injuries, and a blood draw there revealed a blood alcohol content of .23 percent. . . . [H]e was [arrested] for operating while intoxicated. The police concluded Kandutsch had driven a vehicle while intoxicated because, when asked how [he] arrived at her home, [his] wife [said] he would have driven a green van, and later identified the vehicle parked in a nearby lot.

The case went to trial before a jury, and at the trial the (apparently only) disputed issue

concerned whether Kandutsch operated the vehicle before or after he consumed alcohol. . . . Kandutsch was supervised by an electronic monitoring system through the DOC [Department of Corrections]. The State relied on a computer report generated by the EMD that purported to show when [he] was in and out of range of a monitor in Rib Mountain on the day in question to establish a timeframe showing that Kandutsch must have been intoxicated at the time he drove to his wife's home.


The report included a notation showing Kandutsch was `out of range’ at 22:03, or 10:03 p.m., on June 19, 2006. The distance between [his] mother's home, in Rib Mountain, to his wife's home, in Wausau, was approximately a 15-minute drive. The 911 call from Kandutsch's wife was received at 10:23 p.m. on the night in question. Because Kandutsch was highly intoxicated at the time the officers arrived on the scene, shortly after the 911 call, the State theorized that Kandutsch must have been intoxicated before he left his mother's home and began driving.

Kandutsch, on the other hand, maintained that he did not become intoxicated until

after he had driven to his wife's home. He testified . . . that he left his mother's home a little after 9:00 p.m., arriving at his wife's around 9:35 p.m. When he knocked on his wife's door, no one answered, so he walk[ed] to a tavern called the Cop Shop about three blocks away.


Kandutsch . . . consumed $20.00 worth of Southern Comfort whiskey liqueur and a pitcher of beer. After consuming the alcohol, he walked back to his wife's home, and it was at that point the break-in occurred. Kandutsch testified that, although he was out of range at 10:03 p.m., the EMD report was inaccurate, because he actually left his mother's home at 9:10 p.m. He . . . concede[d] on cross examination that the other times listed on the report showing . . . were all accurate.

consisting of a home monitoring unit and a radio frequency device, usually attached to the person's ankle. Klarkowski [said] the monitoring unit has a range of about 150 feet and is connected by telephone to an electronic monitoring center staffed by the DOC. . . .

[She said] any movement by the radio frequency device in and out of the monitoring unit's range is noted on computer-generated reports at the DOC monitoring center. . . . Klarkowski [said] . . . [t]he system is designed to keep working despite power outages or attempts to remove the ankle bracelet. [She] had . . . supervised 30-35 individuals . . . [and] not only had never had any problems with a unit herself, but had never heard of a unit generating a false report.

Kandutsch appealed his conviction – raising the same arguments as to why the reports should not have been admitted -- to the Wisconsin Court of Appeals, which affirmed. He then appealed to the Wisconsin Supreme Court. State v. Kandutsch, supra.

The Supreme Court noted that in determining what constitutes the “`ordinary experience of mankind,’” courts should evaluate the need for expert testimony on a case-by-case basis. State v. Kandutsch, supra. It also noted that “[w]hen an issue can be determined `by common knowledge’” the trial judge “should allow the issue to go to the jury without first requiring expert testimony.” State v. Kandutsch, supra.

Kandutsch relied on Wisconsin cases that involved the need for expert testimony to establish a foundation for the use of and/or results of various medical devices, but the Supreme Court found these cases were not on point. State v. Kandutsch, supra. It therefore rejected Kandutsch’s argument that “while radio signals and telephone connections are well-known technologies easily understood by jurors without the aid of experts, the interplay of these technologies in effect creates a `new’ technology that is not so readily understood.” State v. Kandutsch, supra. It also found that the analogy the Court of Appeals relied on was “directly on point” and provided “a common sense perspective” on the admissibility of the EMD reports. State v. Kandutsch, supra.

As the court of appeals noted. . . . [t]he cordless telephone, in existence for over three decades, uses the same technologies as the electronic monitoring system. The base station of the phone converts information it receives over a standard phone connection to an FM radio signal which is broadcasted to a wireless handset, and vice versa. . . . [T]he telephone company documents calls placed and received on a bill that, like the daily summary reports at issue in this case, is generated by computer.

The Supreme Court therefore concluded that the “intersection of radio signals and telephone connections does not convert the EMD into an issue so `unusually complex or esoteric’ that the jury required the aid of expert testimony to interpret the information. Accordingly, we decline to take the extraordinary step of requiring expert testimony to introduce evidence of the EMD at issue here.” State v. Kandutsch, supra.

The court then took up Kandutsch’s argument that the EMD reports were inadmissible hearsay. State v. Kandutsch, supra. As I’ve explained in earlier posts, hearsay is basically second-hand evidence, i.e., it’s an out of court statement by someone who doesn’t testify at trial that is admitted to prove the truth of the speaker asserts. As I’ve also explained, hearsay isn’t admissible unless it falls within certain, clearly specified exceptions to the rule barring its use.

The Wisconsin Supreme Court had not addressed this issue before, but it ultimately decided to go with the latter group of courts, and distinguish between computer-stored records (hearsay) and computer-generated records (not-hearsay). State v. Kandutsch, supra. It noted that the rule against hearsay is intended to protect against “`ambiguity, insincerity, faulty perception, and erroneous memory’”. State v. Kandutsch, supra (quoting Laurence Tribe, Triangulating Hearsay, 87 Harvard Law Review 957 (1974)).

The court found that computer-generated records suffer from none of these, noting that Klarkowski “perhaps summarized it best when she testified regarding the EMD, `It doesn't have a mind of its own, it's a computer device, it's a high-tech device, it reports things when they happen.’" State v. Kandutsch, supra. It therefore rejected Kandutsch’s arguments and affirmed his conviction. State v. Kandutsch, supra.

Posted by Susan Brenner at 8:23 AM