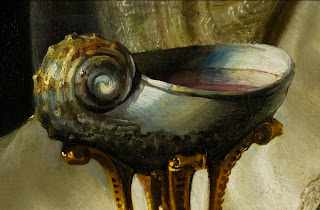 Jensen was charged with, and convicted of, “the first-degree intentional murder of his wife Julie” in violation of Wisconsin Statutes § 940.01(1)(a).

More precisely, Jensen was accused of poisoning Julie. State v. Jensen, supra. He was initially charged in a criminal complaint, and the prosecution presented the following evidence at his preliminary hearing:

[Julie’s neighbor, Tadeusz] Wojt testified that just prior to Julie's death, she gave him an envelope and told him that if anything happened to her, Wojt should give the envelope to the police. [He said] that during the three weeks prior to Julie's death, she was upset and scared, and feared Jensen was trying to poison her or inject her with something because [he] was trying to get her to drink wine and she found syringes in a drawer. Julie allegedly told him she did not think she would make it through one particular weekend because she had found suspicious notes written by her husband and computer pages about poisoning.

[Officer] Kosman testified that he received two voicemails approximately two weeks prior to Julie's death. Julie told Kosman in the second voicemail she thought Jensen was trying to kill her, and asked him to call her. [He] returned Julie's call and . . . went to her home. . . . Julie told Kosman she saw strange writings on Jensen's day planner, and . . . [he] was looking at strange material on the Internet. Julie [said] she had photographed part of Jensen's day planner and given the pictures, along with a letter, to a neighbor (Wojt).

Julie retrieved at least one picture . . . and gave it to Kosman, telling him if she were found dead, she did not commit suicide, and Jensen was her first suspect. . . . Kosman stated that Julie said that when Jensen came home from work, he would immediately go to the computer.

[Detective Ratzburg testified that on the day after Julie's death, he received a sealed envelope from Wojt. . . . [that] contained a handwritten letter, addressed to `Pleasant Prairie Police Department, Ron Kosman or Detective Ratzburg’ and bearing Julie's signature that read as follows:

`I took this picture [and] am writing this on Saturday 11-21-98 at 7AM. This “list” was in my husband's business daily planner -- not meant for me to see, I don't know what it means, but if anything happens to me, he would be my first suspect. . . . I know he's never forgiven me for the brief affair I had with that creep seven years ago. . . .

I do not smoke or drink. . . . Mark wants me to drink . . . with him in the evenings. I don't. I would never take my life because of my kids -- they are everything to me! I regularly take Tylenol and multi-vitamins; occasionally take OTC stuff for colds, . . . have one prescription for migraine tablets, which Mark use[s] more than I. I pray I'm wrong [and] nothing happens . . . but I am suspicious of Mark's suspicious behaviors [and] fear for my early demise. . . .’

The portion of the opinion quoted above includes a footnote which explains that after “Julie’s death, police seized the computer in the Jensen’s home” and, after analyzing it, police “found that on various dates between October 15 and December 2, 2002, several websites related to poisoning were visited; including one entitled `Ethylene Glycol.’” State v. Jensen, supra. According to this Wikipedia entry on the case, Julie died of ethylene glycol poisoning.

Jensen raised a number of issues on appeal, but we’re only concerned with three of them. The first two involve Jensen’s claim that the trial judge “improperly admitted `other acts’ evidence.” State v. Jensen, supra. Jensen argued that the evidence was admitted in violation of Wisconsin Statutes § 904.04(2), which provides as follows:

[E]vidence of other crimes, wrongs, or acts is not admissible to prove the character of a person in order to show that the person acted in conformity therewith. This subsection does not exclude the evidence when offered for other purposes, such as proof of motive, opportunity, intent, preparation, plan, knowledge, identity, or absence of mistake or accident.

State v. Jensen, supra. If you’re interested in reading more about rules governing the admissibility of “other acts” evidence, check out my prior post on the issue.)

In ruling on Jensen’s “other acts” argument, the Court of Appeals noted that Wisconsin does not

prohibit the admission of other acts evidence if `offered for other purposes, such as proof of motive, opportunity, intent, preparation, plan, knowledge, identity, or absence of mistake or accident.’ [§ 904.04(2)]. The listing of circumstances under § 904.04(2) for which the evidence is relevant and admissible is not exclusionary but . . . illustrative. . . . Accepted bases for the admissibility of evidence of other acts not listed in the statute arise when such evidence provides background or furnishes part of the context of the crime or case or is necessary to a full presentation of the case.

State v. Jensen, supra. The court also noted that in his concurring opinion in State v. Johnson, 184 Wis.2d 324, 516 N.W.2d 463 (Wisconsin Court of Appeals 1994), Judge Anderson “explained that if evidence is part of the `panorama’ of evidence surrounding the offense, it is not other acts evidence and need not be analyzed as such.” State v. Jensen, supra. Anderson also noted that a “criminal act cannot be viewed frame-by-frame if the finder of fact is to arrive at the truth.” State v. Johnson, supra.

The Court of Appeals found that the evidence that Jensen “left pornographic photos . . . around the house” and the other category of evidence he claimed was improperly admitted were both properly admitted as panorama evidence:

[T]he evidence of his having left pornography photos around the house] is admissible as part of the State's theory that before Jensen murdered his wife, [he] engaged in a campaign of emotional torture by repeatedly confronting Julie with pornographic photos. The evidence involved the relationship between the principal actors . . . and traveled directly to the State's theory as to why Jensen murdered Julie.

The second category of evidence Jensen claims is inadmissible other acts -- evidence that pornography was found on [his] home computer in 1998 and office computer in 2002 -- was [also] properly admitted `panorama’ evidence. . . .The evidence that Jensen secretly planted pornography around the home gave viability to the State's . . . that [he] had been engaging in a campaign of emotional torture toward Julie up to the time he poisoned her.

What is more, the similarity of what was specifically depicted in most of the pictures, i.e., penis-focused pornography, made it even more relevant to proving the State's case because the evidence, showing Jensen was storing penis photos on his computer in 2002, bolstered the State's theory that Jensen had accessed similar penis pornography on the home computer in 1998, which, in turn, linked him to being the one who left similar penis-focused pornographic photos around the home.

Moreover, this evidence is highly probative to another key issue . . . the State was seeking to establish: that Julie knew very little about computers and rarely used the home computer while . . . Jensen was computer savvy and surfed the Internet regularly at home. . . . [G]iven the critical issue as to who had searched for ethylene glycol and other poisons on the home computer, evidence tending to show Jensen was by far the primary user of the computer had great probative value outweighing any unfair prejudice.

Ratzburg showed Jensen the consent to search form and told Jensen “he wanted to investigate the potential cause of Julie's death and whether it was connected to previously reported incidents by Jensen and Julie that they thought they had prowlers leaving pornographic photographs in and around the Jensen home.” State v. Jensen, supra. Jensen signed the form, which authorized the officers to conduct a “complete search” of the premises and “to take . . . any letters, writings, papers, materials or other property which they may desire.” State v. Jensen, supra.

On appeal, Jensen argued that the language of the form “limited the consent to the seizure of documents and other items” . . . and did not encompass his computer. State v. Jensen, supra. The Court of Appeals quickly dismissed that argument:

A reasonable person who consents to a police search and seizure of `other property which they may desire’ would not believe that `other property’ was limited to papers and written material. There is no meaningful difference between records maintained electronically and those kept in hard copies and, in this age of modern technology, persons have increasingly become more reliant on computers not only to store information, but also to communicate with others. . . . We conclude that the consent form signed by Jensen authorized police to seize the electronic storage media (computers and disks) within which the documents listed in the warrant may have been stored.

State v. Jensen, supra. For this and other reasons, the court affirmed Jensen’s conviction.

Posted by Susan Brenner at 9:29 AM