The Importance of Venue 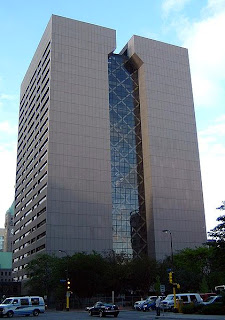 As Wikipedia notes, in law “venue” is “the location where a case is heard.” The Wikipedia entry goes on to discuss venue, but it’s only concerned with venue in civil cases. In this post, we’re going to be dealing with venue in criminal cases.

At both the state and federal levels, venue is a matter of constitutional import. Two provisions of the U.S. Constitution -- Article III, § 2 clause 3 and the Sixth Amendment – require that the trial of crimes be held in the state where the crimes were committed.

The U.S. Supreme Court hasn’t decided if the Sixth Amendment venue guarantee applies to the states, as well as the federal government, but states have their own Constitutional provisions guaranteeing proper venue in criminal cases. Olagues v. Brown, 2010 WL 3749422 (U.S. District Court for the Northern District of California 2010).

In February 2008 the district court granted Wenona Kuhrman's request for an order for protection (OFP) in Hennepin County against Douglas Pierce, the father of her two children, after Pierce assaulted her. One year later, while Pierce was incarcerated for violating that order, the district court extended it for an additional five years. The order required that Pierce have no contact `of any sort’ with Kuhrman. It expressly prohibited Pierce from making any contact with Kuhrman in person, by telephone, by letter, by third party, or by any electronic means, including e-mail.

But soon after being released from prison, Pierce sent an e-mail message to Kuhrman from his MySpace.com account. The message included Pierce's photograph and full name. The subject line read, `Why,’ and the text read, `Why fred mike 1st duplex nice chat lines i thought it was me & u it was me u and every one i wa u can send me back i do not care i got nothing with out u.’ Kuhrman interpreted Pierce's message as stating that, by sending it, Pierce had violated the OFP and could be returned to prison. Kuhrman reported the message to police, who investigated, and the state filed a criminal complaint in Hennepin County alleging that Pierce had again violated the OFP.

Since venue depends on the “place” where the crime was committed, venue in this case depended, at least in part, on where Pierce was when he sent the email. The evidence presented at trial did not answer that:

The printed version of the message indicated only that Pierce sent it at 11:40 p.m. on March 5, 2009. The evidence also established that the day after [he] sent it, Kuhrman contacted Pierce's probation officer and called the police. Kuhrman did not testify as to where or when she first read the message. She did not specify which police department she called. She forwarded [the] message to the probation officer and the county attorney, but she did not testify to where she was when she did this.

Kuhrman testified that the police officer `opened up’ her computer, that she showed him the message, and that he gave her a card with a telephone number of an investigator, whom he directed her to call. But she did not testify where she was when she spoke with the officer. The state did not call any investigating officer to testify or introduce any evidence of Pierce's or Kuhrman's locations when they sent or opened the message.

On appeal, Pierce “offer[ed] two theories” as to why the evidence presented at trial did not establish that venue existed in Hennepin County:

He contends that when a person sends an electronic communication that allegedly violates an OFP issued under the Domestic Abuse Act, venue for his prosecution is proper only in the county from which he sent the communication. He therefore argues for reversal on the ground that the state introduced no evidence that he e-mailed his message to Kuhrman from Hennepin County. Pierce contends alternatively that even if venue also lies in the county in which the recipient received an OFP-violating e-mail, the state introduced insufficient evidence to prove that Kuhrman received Pierce's e-mailed message in Hennepin County.

The Court of Appeals rejected his first argument, which was based on a Minnesota pattern jury instruction that says one of the elements of an OFP violation is that the “`defendant’s act took place in the charging county.’” State v. Pierce, supra. Pierce argued that since the act of “sending an offending e-mail” violates an OFP, “his sending the email completed the crime and therefore limits the venue for its prosecution to the county from which he sent it.” State v. Pierce, supra. The court did not agree:

Pierce misapplies the [jury instruction] to contend that its characterization of an OFP violation as an `act’ in the singular somehow limits venue to a single county. Just as the jury-instruction for violation of an OFP refers to `the act’ taking place in the charging county, the venue statute refers to the charged `offense’ being committed in the charging county. Minnesota Statutes § 627.01(1). Both are written in the singular, so the singular terminology in the [instruction] changes nothing. And . . . the statute clarifies that an offense broadly includes any of its elements. So venue for Pierce's offense of violating the OFP is proper in Hennepin County if any element of the offense occurred in Hennepin County.

We hold that the elements of Pierce's offense include both his sending and the receiving of his e-mail. The OFP explicitly prohibited Pierce from making contact with Kuhrman. . . . [C]ommunicative `contact,’ like all contact, occurs when the connection linking the participants is made. . . . Pierce is correct that his single act of sending the e-mail was all the action necessary to violate the OFP, but this is because his act of sending it . . . set in motion the chain of events he designed to complete the connection, which included Kuhrman's act of opening the e-mail. Because Kuhrman's responsive opening was part of Pierce's contact, and therefore also was an element of his offense of violating the OFP, the place of the offense for venue purposes included the county of receipt.

After searching the record in the case, the Court of Appeals found “no evidentiary support” for the trial judge’s “factual finding that Kuhrman received Pierce’s email while she was in Hennepin County.” State v. Pierce, supra. The record contained no direct evidence establishing that she received or opened in the mail in Hennepin County:

The prosecutor never actually asked Kuhrman where she was when she opened the e-mail. The closest the prosecutor came to the question was to assert . . . that Kuhrman's address appeared in an exhibit and to ask the district court to take notice that [her] Minneapolis address was in Hennepin County. But Kuhrman's residential address, standing alone, is insufficient to establish venue for the OFP offense under the Domestic Abuse Act that underlies it; as we have discussed, venue depends on the location of an element of the criminal offense.

The state [claims] Kuhrman must have first opened the MySpace e-mail at her home because she maintained the MySpace account primarily for her children's use. Th[is] . . . contention is unpersuasive for at least four reasons. First, Kuhrman never actually testified that her children's MySpace access was the reason the computer was in her home; her testimony was, `I have it there for my kid. So, yeah, I know how to check my e-mails.’ The state's characterization of Kuhrman's testimony stretches the record beyond necessary inferences.

Second, the district court made no finding like the one the state has suggested. And. . . we are not inclined to infer the proffered fact. Third, to the extent we might in some cases infer findings based on uncontested facts in the record that lead to only one logical conclusion, we would not infer the suggested finding here because the state's construction of Kuhrman's motive is facially implausible. The state describes the supposed young MySpace users as Kuhrman's `preschool aged children.’

The state's proposition that Kuhrman accessed the MySpace message from her home because her near-toddlers engage in online social networking there does not pass the can-you-say-that-with-a-straight-face test. And fourth, the state's contention fails because even if Kuhrman's MySpace account was primarily for her preschoolers' use, the record contains no evidence to support the finding -- to the exclusion of any reasonable alternative finding -- that Kuhrman therefore opened Pierce's e-mail at her home.

The Court of Appeals therefore found that the state did not prove beyond a reasonable doubt that Hennepin County was the county from which Pierce sent the email or in which Kuhrman read it, and so reversed Pierce’s conviction. State v. Pierce, supra.

Posted by Susan Brenner at 7:58 AM

When are these dummies ever going to learn to say, "MySpace? What's MySpace? I don't know nothing about no MySpace message. Maybe someone faked it."