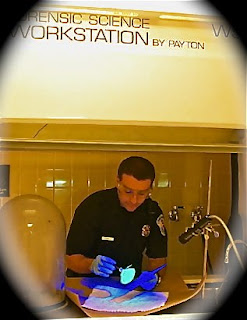 This post is about a federal judge’s ruling on a habeas petition filed by Luis Rodriguez, who was convicted of receiving and possessing child pornography in violation of federal law. As Wikipedia explains, the writ of habeas corpus is “a civil . . . proceeding in which a court inquires as to the legitimacy of a prisoner’s custody.” Someone like Rodriguez, who has been convicted of a crime, can use a habeas petition to challenge the conviction.

And that is precisely what Rodriguez did. He moved for a new trial, relying on the “declaration of an expert witness, David R. Penrod. . . . According to Mr. Penrod, there is no evidence that Mr. Rodriguez `downloaded,’ `possessed,’ or `saw’ the thumbnail images containing child pornography on Mr. Rodriguez’s computer.” U.S. v. Rodriguez, 2009 WL 1809975 (U.S. District Court for the Eastern District of California 2009). Here’s an excerpt from the declaration:

Microsoft Windows Internet Explorer automatically downloads all thumbnail graphic image files found on every website visited by the user into the user's Internet History cache. This download occurs without the knowledge of the user. All graphic images on every visited website are downloaded, including images not seen by the user, which can amount to thousands of images.

Rodriguez based his habeas petition on the claim that he received ineffective assistance of counsel because his attorney did not utilize a computer forensics expert in preparing for trial. To support his claim, he relied on Penrod’s declaration and on a declaration from a private investigator who interviewed Rodriguez’s trial counsel after he had been convicted. According to the private investigator’s declaration, Rodriguez’s trial lawyer said he believed it wasn’t necessary to use a defense computer forensics expert; the lawyer also told the private investigator he though that if he’d asked to for an expert, one would have been provided. U.S. v. Rodriquez, supra.

In ruling on the ineffective assistance of counsel claim, the federal judge assigned to Rodriguez’s case began by noting that in evaluating such a claim a court must consider two factors: One is “whether the counsel's performance fell below an objective standard of reasonableness considering all of the circumstances”; the other is whether the party seeking a new trial “has affirmatively proven prejudice.” Strickland v. Washington, 466 U.S. 668, 687 (1984).

Rodriguez argues that the second Strickland factor is satisfied, because had his trial counsel retained a computer expert witness, the outcome would have been different. The government argues that Mr. Rodriguez cannot succeed on his ineffective assistance of counsel claim, because there was abundant evidence upon which the jury could have based its verdict, even if expert testimony had been presented.

The federal judge explained that he could consider the factors in reverse order: “Since it is necessary to prove prejudice, any deficiency that does not result in prejudice must necessarily fail.” U.S. v. Rodriguez, supra. The judge found Rodriguez could not “show that there is a reasonable probability that but for counsel's unprofessional errors the result of the proceeding would have been different.” U.S. v. Rodriguez, supra.

The government presented abundant evidence upon which the jury could have based its verdicts, including: Mr. Rodriguez worked in a laboratory and worked on a computer that had multiple users. Other users, but never Mr. Rodriguez, complained about continual pop-up images of pornography on the work computer. When the information technology specialist at the work site attempted to solve the problem, he discovered images of naked children and contacted law enforcement. When a law enforcement officer questioned Mr. Rodriguez, he appeared nervous and evasive, and he claimed not to remember his password.

Mr. Rodriguez also stated that he never shared his password with anyone. Mr. Rodriguez denied he had a working computer at his residence. Even though Mr. Rodriguez's supervisor told the law enforcement officer that Mr. Rodriguez rarely went home for lunch, Mr. Rodriguez ended the interview and went home before his normal lunch hour. Once home, Mr. Rodriguez removed the hard drive from his computer and broke several compact discs, some labeled `teen’ or apparently `preteen.’ He placed handwritten URLs of pornography website into vehicles on the property. He placed a large amount of stories detailing incest and sexual activities between adults and children into a barrel and started to burn them.

The government contended that Mr. Rodriguez also placed sexually explicit images of children into the same burning barrel and attempted to destroy that evidence, as well. All other employees who had access to the computer on which the child pornography was stored testified under oath at trial and denied looking at or downloading any pornography. Most of those witnesses complained about images of pornography that kept appearing on the computer. The pornographic images were located in a folder with Mr. Rodriguez's initials-LCR-and were organized in specific folders. One folder was labeled `Young Teens.’ Moreover, the internet activity of the person logged in under the username `LCR’ with the unique password assigned to Mr. Rodriguez demonstrated that person would access a website related to one of the insects on which Mr. Rodriguez helped to research and then minutes later that person would place an image into the `Young Teens’ folder.

The judge found that Rodriguez could not show the jury would have reached a different verdict “even if a computer forensics expert . . .had testified at trial.” U.S. v. Rodriguez, supra. He noted that Penrod “opined” that there were

three (3) possible interpretations of this evidence [that others had access to the work computer]:

1) That two other persons downloaded pornography onto the work computer in addition to Mr. Rodriguez;

2) That Mr. Rodriguez downloaded all of the pornography and was able to access other User Profiles to do so;

3) Those other users, not Mr. Rodriguez, downloaded all or some of the pornography and were able to access Mr. Rodriguez's User Profile to do so.

Penrod suggests by his own analysis that in two of three scenarios, Rodriguez is the person responsible for putting the child pornography into folders on the work computer. Moreover, the government points out several inconsistencies in Penrod's declaration and provides evidence by declaration that contradict [his] assertions. In addition, Penrod's opinion does not address the evidence supporting Rodriguez's possession of child pornography at his home. . . . [T]he only scenario in which Penrod suggests Rodriguez to be not guilty of the charges is contradicted by Rodriguez's own statement that he never shared his computer password. For these reasons, Rodriguez's expert witness testimony presents no unequivocal evidence that would have caused a different result. The evidence presented at trial supported the jury verdict, even if computer forensics expert Penrod had testified at trial.

Since the U.S. Court of Appeals for the Ninth Circuit had already rejected his arguments – in a direct appeal from his conviction – that the evidence should have been suppressed and he should be given a new trial, this put an end to Rodriguez’s options for challenging his conviction. After he was convicted in 2006, the court sentenced him to serve 135 months in federal prison, which I assume is what he is still doing.

Posted by Susan Brenner at 6:36 AM

Very informative post, I will RSS this for sure