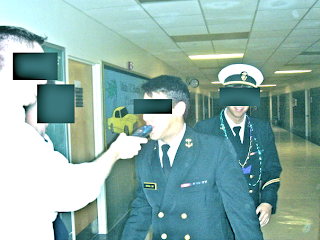 This post isn’t about cybercrime. It’s about a kind-of digital evidence issue: a defendant’s right to obtain the source code of technology used to generate evidence against him or her.

The issue can, and will, I believe, come up in a variety of contexts, including the use of particular software programs to analyze seized hard drives and otherwise locate digital evidence. At least as far as I can tell, it hasn’t really come up except in one context: Attempts to get the source code used in various kinds of DUI testing machines.

I can see why this would be an area where a number of challenges arise, since it seems to e an area that spawns a lot of litigation, as people challenge their DUI convictions.

There are a number of cases on this issue and the analysis can become pretty lengthy, but I’m going to try to keep this short. I’m going to focus primarily on a Minnesota case, State v. Underdahl, 2008 WL 2107772 (Minnesota Court of Appeals, May 20, 2008).

Here’s what happened to bring the source code issue before the court of appeals:

These appeals . . . from the district court's decisions to grant respondents' motions to discover the source code for the . . . Intoxilyzer 5000EN (Intoxilyzer), the machine used to test respondents' breath for alcohol concentration. Respondents . . . Brunner and . . . Underdahl were each charged with driving while impaired after the Intoxilyzer tests registered an alcohol concentration above .08. During pretrial proceedings, respondents . . . moved for discovery of the computer source code, the original text of the computer program by which the instrument operates.

The state . . . [argued} that the source code was not relevant. . . . The district court . . . . found that . . . Brunner `cannot assess the reliability of the testing method without access to the software that controls the testing process.’ . . . [R]egarding . . . Underdahl, the court stated that `[b]ecause the Intoxilyzer [ ] provides the only evidence of . . .alcohol concentration that may be used to prove his guilt, evidence regarding the operation of that instrument is relevant to this case. The state appeals from both decisions.

The basis for Mr. Brunner and Mr. Underdahl’s challenge was Rule 9.01 of the Minnesota Rules of Criminal Procedure, which lets a court require the prosecution to provide information if a defendant shows t it “may relate to his guilt or innocence. The prosecution argued that the challengers did not have a viable claim under the statute because “the results of an Intoxilyzer breath test are presumed to be reliable under Minn.Stat. § 634.16 (2006), which allows the results of a breath test to be admitted `in evidence without antecedent expert testimony that an ... approved breath-testing instrument provides a trustworthy and reliable measure of the alcohol in the breath.’” State v. Underdahl, supra.

The context in which the challenge comes up is evidence law. Every state (and the federal system) has “gate-keeping” rules of evidence, the purpose of which is to ensure that the trier or fact (which is usually a jury, but can be a judge in what is known as a bench trial) hears only evidence that meets some basic standard of reliability.

Evidence is essentially divided into two categories: witness testimony and physical evidence. Here, we’re not talking about physical evidence, as such, even though breathalyzers involve the analysis of physical artifacts. What is being offered into evidence is not, however, the alleged drunk driver’s breath (or blood, when a DUI charge is based on a blood test). Instead, it’s the result of a “scientific” procedure – an analysis of the amount of alcohol in someone’s breath. I’m not going to try to explain what they do, because I don’t understand it in any depth. There’s a Wikipedia entry on the subject, and you should check it out if you want to know more about the processes involved.

If scientific . . .or other specialized knowledge will assist the trier of fact to . . .determine a fact in issue, a witness qualified as an expert . . . may testify thereto in the form of an opinion or otherwise. The opinion must have foundational reliability. . . . [T]he proponent must establish that the underlying scientific evidence is generally accepted in the relevant scientific community.

The federal system and other states have similar rules, all of which are essentially based on common sense. When a regular witness – a lay witness – testifies, the other side can challenge the reliability of that witness’ testimony by cross-examining them, because they are testifying about matters we all understand. If you’ve seen the movie My Cousin Vinnie, remember how Vinnie undermines the reliability of the testimony of the lady who claims to have seen the guys who robbed the store by showing that her vision is just not up to being able to do so, even with her glasses on. That works because the jury (or the judge if it’s a bench trial) can understand the challenge the defense is making; it's essentially a matter of common sense.

The premise of the challenge in the Underdahl case (and of the apparently hundreds of cases like it) is that the defendants cannot effectively challenge the reliability of the tests performed on their breath by the Intolilyzer (a particular kind of breathalyzer) unless they are given access to its source code. The Wikipedia entry I noted above outlines some of the errors that can arise in the administration of these tests. Defense attorneys, like those involved in the Underdahl case, are arguing that they cannot challenge the reliability of a particular breathalyzer/Intoxilyzer test unless they have access to the source code of the machine’s software.

Essentialy, they’re saying that the test cannot be cross-examined like a person, so the only way they can challenge its reliability is to have access to how it works; if they and their experts can find some flaw in the source code, and if that flaw would erode the functioning of the machine, then they would have a way to challenge its reliability in a particular instance. Absent access to the source code, they say, they have no way to challenge the accuracy of the testing . . . and if the testing is not challenged, the result will be a finding of guilt.

These defendants, like others, lost in their attempt to obtain the source code. The court of appeals held that they did not produce evidence to satisfy the requirements of Rule 9.01, i.e., they did not show how the evidence could relate to their guilt or innocence:

[R[espondents have not shown what an Intoxilyzer `source code’ is, how it bears on the operation of the Intoxilyzer, or what precise role it has in regulating the accuracy of the machine. Accordingly, there is no showing as to what possible deficiencies could be found in a source code, how significant any deficiencies might be to the accuracy of the machine's results, or that testing of the machine, which defendants are permitted to do, would not reveal potential inaccuracies without access to the source code.

Other defendants in other states have lost for another reason: Prosecutors often argue, and courts have agreed, that the prosecutor does not possess the source code and therefore cannot turn it over because it is a trade secret belonging to the company that makes the breathalyzer. Here is what a Nebraska court said on that issue:

Kuhl urges this court to balance his Sixth Amendment right of confrontation against . . . any trade secret right that the manufacturer of the machine in question might have. Kuhl argues that he should be assured the opportunity to examine the evidence against him and that this requires the State to turn over the source code to allow him to, `in a way, cross examine the machine and determine if it was in proper working order. . . . Section 29-1914 provides that discovery orders `shall be limited to items or information within the possession, custody, or control’ of the State. . . . The record is clear that the source code is not in the State's possession and that the manufacturer of the machine . . . considers the source code to be a trade secret and the proprietary information of the company.

State v. Kuhl, 16 Neb. App. 127, 741 N.W.2d 701 (Nebraska Court of Appeals 2007). The Nebraska court therefore upheld the trial court’s denying Mr. Kuhl’s motion to give him access to the source code of the breathalyzer used in his case.

A Kentucky court reached a rather different conclusion in House v. Commonwealth, 2008 WL 162212 (Kentucky Court of Appeals 2008). After being charged with DUI, Mr. House served a subpoena on the manufacturer of the breathalyzer used in his case; the subpoena sought the machine’s source code. The trial court quashed the subpoena and Mr. House appealed. The court of appeals reversed the order quashing the subpoena and remanded the case for further proceedings. Here’s it what it said about the trade secret issue:

The Commonwealth and CMI argue. . . that the computer code is a protected trade secret and that this should weigh against disclosure. However, House has expressed his willingness for he, his attorney, and his expert witness to enter into a protective order stipulating that the code or its contents are not to be shared with any party outside of the case. The district court is authorized to enter such . . . [T]he order may provide that any copies or work product generated as a result of the software engineer's review be returned to CMI upon completion of the review. As civil and/or criminal penalties could result from the disclosure of the code to other parties, such a protective order should obviate any concern CMI may have with respect to protection of its source code.

I’ve no idea where this is going in the breathalyzer context, but it seems to me the general issue – i.e., how do you cross-examine a technical process carried out by a machine? – will be with us for some time. And I think we will see it being raised in the context of machines and software being used to obtain and analyze digital evidence.
Posted by Susan Brenner at 6:28 AM

The breathalyzer device is very useful especially for police authorities, to control situations on the road involving drunk drivers. Through its help, many lives are going to be saved from alcohol related accidents.

Technical devices like breathalizers are often treated like "black boxes". If they are reliable (same input always produces the same output) and valid (output matches the underlying reality), then they are generally accepted.

However, examination of the source code can find problems that are much more difficult to locate because the errors occur apparently at random or infrequently.

For example, the breathalyser almost certainly has a some version of a PID control loop in it. An expert can tell if this control loop is properly "tuned". An in properly tuned loop may work fine on the first, second and third tries then start drifting for example.

Other details like how numbers are stored, rounded and truncated can be determined.

It would be more valuable to require breathalyzers to conform to something ISO 9000 standards which require external verification of correct operation.

It is axiomatic that discovery rules require the disclosure or relevant evidence or that which would lead to such evidence. Here, there can be little dispute that the programming of the breathalyzer is discoverable. This information should be produced, perhaps subject to a protective order, to allow defense experts to determine whether the breathalyzer accurately measures blood alcohol.