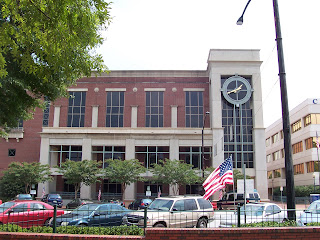 This post examines an opinion from the Supreme Court of Georgia:  Lyman v. Cellchem International, Inc., 2017 WL 279514 (2017).  The opinion issued in a civil case, but one that was brought under a “criminal” statute: the Georgia Computer Systems Protection Act.
The court begins the opinion, as courts usually do, by explaining how and why the litigation arose and what had gone in the trial court:
After Dale Lyman and his wife, Helen, left Cellchem International, Inc. (`Cellchem’) to work for a competitor, Cellchem sued the Lymans and two companies with which they had affiliated (collectively the `Lymans’), asserting claims for computer theft (see OCGA § 16–9–93 (a)) and computer trespass (see OCGA § 16–9–93 (b)) under the Georgia Computer Systems Protection Act (GCSPA) (see OCGA § 16–9–90 et seq.), breach of fiduciary duty, and tortious interference with business relations. Cellchem claimed that the Lymans stole data from Cellchem and used it to their competitive advantage. At trial, the jury found the Lymans liable on all claims asserted by Cellchem and awarded Cellchem compensatory damages and attorney fees, as well as punitive damages of $5.1 million.

On appeal, the Court of Appeals reversed the judgment against the Lymans on the tortious interference claim. Lyman et al. v. Cellchem Int'l, LLC, 335 Ga.App. 266 (1), 779 S.E.2d 474 (2015). The Court of Appeals also remanded the case to the trial court for a new trial as to punitive damages, reasoning that, despite the fact that the tortious interference claim no longer existed to support a potential award for punitive damages, the remaining claims for breach of fiduciary duty and violations of the GCSPA could still support such a claim. Id. at 277 (4), 779 S.E.2d 474, citing Automated Drawing Systems, Inc. v. Integrated Network Svcs., Inc, 214 Ga.App. 122, 447 S.E.2d 109 (1994) (holding, in one sentence and without further reasoning, that punitive damages are available for violations of GCSPA involving misappropriation of software and withholding of royalties).

In this regard, because the verdict form at trial did not designate to which claims the punitive damages were assigned, or in what proportion, a new determination had to be made with regard to punitive damages that eliminated any consideration of damages associated with alleged tortious interference and focused only on the remaining tort claims upon which the Lymans had been found liable at trial. Id. at 276–77 (4), 779 S.E.2d 474. This Court granted the Lymans' petition for a writ of certiorari to determine whether the Court of Appeals erred in holding that the GCSPA can authorize an award of punitive damages. See OCGA § 16–9–93 (g).

For the reasons set forth below, we conclude that the GCSPA does not authorize an award of punitive damages. Accordingly, we reverse the decision of the Court of Appeals with respect to the availability of punitive damages under the GCSPA, and remand this case to the Court of Appeals with the direction that the court clarify that any remand to the trial court for a new trial on the issue of punitive damages cannot involve any purported award for such damages based on alleged violations of the GCSPA.
Lyman v. Cellchem International, Inc., supra.
The court then explains that
[o]ur analysis turns on the proper interpretation of OCGA § 16–9–93 (g) (1), which authorizes a civil remedy for violations of the GCSPA, and states:

`Any person whose property or person is injured by reason of a violation of any provision of [the GCSPA] may sue therefor and recover for any damages sustained and the costs of suit. Without limiting the generality of the term, “damages” shall include loss of profits and victim expenditure.’
Lyman v. Cellchem International, Inc., supra.
The Supreme Court goes on to explain that
[i]n interpreting this provision, `we apply the fundamental rules of statutory construction that require us to construe [the] statute according to its own terms, to give words their plain and ordinary meaning, and to avoid a construction that makes some language mere surplusage.’ (Citations omitted). Slakman v. Continental Cas. Co., 277 Ga. 189, 191, 587 S.E.2d 24 (2003). We must also seek to effectuate the intent of the Georgia legislature. OCGA § 1–3–1 (a). In this regard, `in construing language in any one part of a statute, a court should consider the entire scheme of the statute and attempt to gather the legislative intent from the statute as a whole.’ Sikes v. State, 268 Ga. 19, 21 (2), 485 S.E.2d 206 (1997).

Bearing these principles in mind, while OCGA § 16–9–93 (g) (1) states that a plaintiff may recover `any damages sustained’ for injuries resulting from violations of the statute, the statute goes on to list `loss of profits and victim expenditure’ as examples of the types of sustained damages that are recoverable. These specifically listed damages are compensatory in nature. While the statute does not `limit [ ] the generality of the term [ ] “damages”’ to the specific forms of compensatory damages listed therein, there is no mention of `punitive damages’ being among the types of damages that may be recovered.

Specifically, OCGA § 16–9–93 (h) (1) allows a criminal sanction of `not more than $50,000’ if certain violations of the GCSPA are proven beyond a reasonable doubt.’ See id. (`Any person convicted of the crime of computer theft, computer trespass, computer invasion of privacy, or computer forgery shall be fined not more than $50,000.00 or imprisoned not more than 15 years, or both’) (emphasis supplied). See also OCGA § 16–9–93 (h) (2) (allowing for $5,000 fine and one year of incarceration for criminal computer password disclosure).

Posted by Susan Brenner at 4:35 PM