Armed Robbery, the Text Message and the Cell Phone 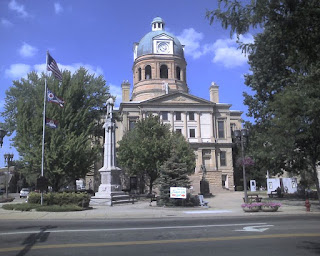 This post examines an opinion from the Court of Appeals of Ohio – Fifth District:  State v. Hidey, 2016 WL 5885507 (2016). The court begins by explaining that “[a]ppellant the State of Ohio appeals a judgment of the Tuscarawas County Common Pleas Court suppressing a cell phone seized from appellee Kody S. Hidey.”  State v. Hidey, supra.
It goes on to explain that
[o]n October 28, 2014, an armed robbery took place at Marty’s Coaches Corner in New Philadelphia, Ohio. Detective Shawn Nelson of the New Philadelphia Police Department commenced an investigation. Det. Nelson received a tip from Charla Hamilton on October 29, 2014, that a man by the name of Devonte Sherman might be responsible for the robbery.

Ms. Hamilton informed Det. Nelson that she received a text message on the day of the robbery from Devonte Sherman asking if she knew of anywhere to `make some moves.’ She understood `make some moves’ to be a slang term for committing a robbery or stealing. She told Det. Nelson that Devonte Sherman did not have a phone, but had been staying with appellee and shared appellee's phone. The text messages from Sherman came to her from a number she recognized as appellee's cell phone number. She further indicated that Sherman used appellee's phone after the robbery, saying he was `hot’ in New Philadelphia and needed to let things cool down before coming back.
State v. Hidey, supra.
The opinion continues with its account of the facts that led to the charges against Hidey and this appeal:
After police met with Hamilton, they prepared a photo lineup that was shown to the employees who worked in Marty's Coaches Corner on the night of the robbery. Both employees identified Devonte Sherman as the perpetrator of the armed robbery.

Det. Nelson conducted an interview with appellee at the police department on November 3, 2014. Det. Nelson asked appellee if he had his phone with him. He asked appellee to see the phone, saying, `I'm not taking it. I just want to see it while you're sitting here with me. Make sure it's off.’ Tr. 13. After confirming that Sherman used appellee's phone, Det. Nelson told appellee that he was taking the phone. On November 13, 2014, police obtained a search warrant to retrieve the contents of appellee's phone.
State v. Hidey, supra.
The Court of Appeals goes on to explain that
[a]ppellee was indicted by the Tuscarawas County Grand Jury with one count of aggravated robbery (Ohio Revised Code 2911.01(A)(1)) with a firearm specification. Appellee filed a motion to suppress all evidence obtained from the warrantless seizure of his cell phone.

Following a hearing, the court found that although there may have been probable cause to seize the phone, there were no exigent circumstances to justify the seizure because Det. Nelson knew about the phone's potential link to criminal activity prior to his interview with appellee, and could have obtained a warrant to seize the phone. The court found that even if the seizure was proper, the seizure subsequently became unreasonable because the detective waited ten days after the seizure to obtain a warrant for the information contained in the phone. The court accordingly granted appellee's motion to suppress.
State v. Hidey, supra.
In the paragraph above, the court is explaining that even if one assumes the officers had probable cause – the standard used in determining if a Fourth Amendment search or seizure is “reasonable” – the seizure violated the Fourth Amendment because it was not justified under the exigent circumstances exception’s to the default requirement that officers obtain a search and seizure warrant to take possession of evidence.
In its appeal, the State of Ohio, e.g., the prosecution, argued that “that the [trial] court erred in finding that the seizure of appellee's cellphone violated the Fourth Amendment.”  State v. Hidey, supra. It went on to argue that
[a] seizure of personal property is ordinarily per se unreasonable within the meaning of the Fourth Amendment unless it is accomplished pursuant to a judicial warrant issued upon probable cause and particularly describing the items to be seized. United States v. Place, 462 U.S. 696, 701(1983). However, where law enforcement authorities have probable cause to believe that a container holds contraband or evidence of a crime, but have not secured a warrant, the Fourth Amendment permits seizure of the property, pending issuance of a warrant to examine its contents, if the exigencies of the circumstances demand it or some other recognized exception to the warrant requirement is present. Id. Different interests are implicated by a seizure than by a search, as a seizure implicates only the person's possessory interests, while a search affects the person's privacy interests. Segura v. United States, 468 U.S. 796, 806 (1984). Because the nature of a seizure is generally less intrusive than a search, the United States Supreme Court has frequently approved a warrantless seizure of property on the basis of probable cause, for the time necessary to secure a warrant. Id.
State v. Hidey, supra.
The Court of Appeals also noted that
[a]lthough the Ohio Supreme Court has declined to define a cell phone as a closed container, once the cell phone is in police custody, the State has satisfied its immediate interest in collecting and preserving evidence and can take preventive steps to ensure that the information found on the phone is neither lost nor erased. State v. Smith, 124 Ohio St.3d 163, 169, 920 N.E.2d 949, 955, ¶ 23 (Ohio Supreme Court 2009). But because a person has a high expectation of privacy in a cell phone's contents, police must obtain a warrant before intruding into the phone's contents. Id.
State v. Hidey, supra.
The court went on to outline its analysis of the legality of the seizure of the cell phone:
The evidence presented at the hearing demonstrated that the detective had probable cause to believe appellee's cell phone contained evidence of the armed robbery of Marty's Coaches Corner on October 28, 2014. Charla Hamilton told Det. Nelson of a photo of the front page of the local newspaper talking about the robbery which was sent or received from that phone. Messages from Devonte Sherman asking her about `moves’ had come from appellee's phone, as well as Sherman's message that he needed to stay clear of New Philadelphia until things cooled down. Further, Hamilton had some, but not all, of the messages on her phone to corroborate her statements to police. Sherman had been identified by both employees from a photo lineup as the person who robbed the store. While talking to appellee, Det. Nelson confirmed that Sherman had used appellee's phone.

However, the trial court erred in finding that the exigencies which supported the seizure of the phone were created by Det. Nelson by his failure to secure a warrant to seize the phone, and could not be relied on to support the warrantless seizure of the phone. The officer testified that prior to locating appellee, he did not have information he needed to get a warrant to seize the phone. He testified that needed information such as the phone number, the pin number, and the description of the device being sought. All he knew was that appellee had a phone which may or may not be in his possession, and police would not know where to execute a warrant for the phone.

Further, the court erred in finding that the warrantless seizure was not demanded by the exigencies of the situation. Appellee knew from the interview that police suspected his phone had been used by Sherman to relay information concerning a crime. Det. Nelson testified that he therefore had reason to believe that the minute appellee walked out the door, the phone would be destroyed or thrown in the river, or all the information on it would be deleted. The seizure of the cell phone from appellee at the police interview did not violate the Fourth Amendment.
State v. Hidey, supra.

Posted by Susan Brenner at 3:54 PM