The Cell Phone, Conspiracy to Deliver Methamphetamine and the "Search" 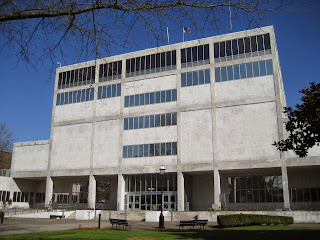 After Angelique Jeanene Carle was convicted of “one count of conspiracy to commit delivery of methamphetamine” in violation of Oregon Revised Statutes §§
161.450 and 475.890(1), she appealed.  State v. Carle, 2014 WL 5032419 (Court of Appeals of Oregon 2014).  The court began by noting that the case arose after police found a cell phone (allegedly belonging to “Duane”) in a car reported as stolen; the phone received a text message from someone (Carle) offering to sell methamphetamine.  State v. Carle, supra. The facts surrounding the message are outlined in more detail below.
The Court of Appeals then went on to explain that Carle moved to suppress evidence
of the text message found on Duane's phone and the other evidence of [her] interactions with police, arguing that the police, in viewing the text message on the phone, had conducted an unlawful search under Article I, section 9, of the Oregon Constitution and the 4th Amendment to the United States Constitution. The trial court . . . denied that motion.
State v. Carle, supra.
The Court of Appeals then explains that in her appeal, Carle argued that “she had a privacy interest in the content of her text message that police discovered on Duane's phone, and the police violated that interest -- i.e., they conducted a `search’ when they viewed the message that was delivered to that phone.” State v. Carle, supra. The state argued that “a sender of a text message does not retain a privacy interest in the digital copy of the text message found on the recipient's phone.”  State v. Carle, supra.
The Court of Appeals began its analysis of Carle’s argument by explaining that
[w]e review the trial court's denial of defendant's motion to suppress for errors of law. State v. Ehly, 317 Or. 66, 854 P.2d 421 (Oregon Supreme Court 1993). In doing so, we are bound by the trial court's express and implicit factual findings if there is constitutionally sufficient evidence in the record to support them.  State v. Ehly, supra.
State v. Carle, supra.
It then outlined the facts that led to the prosecution in more detail:
Two Salem police officers found a man sleeping in the driver's seat of a stolen truck. One of those officers, Welsh, placed the man, Ross, in the back of his patrol car on suspicion of unauthorized use of a motor vehicle and identity theft. As the police searched Ross and the truck, they found two cell phones -- one on Ross's person and the other clipped to a visor in the truck. Ross told the police that the phone on the visor was not his and it belonged to `Duane.’

While the officers continued to search the vehicle, that phone received a text message. Welsh flipped open the phone and saw a message from `Angel’ that `said something to the effect of, do you know anybody that wants a 30.’ He used the phone to text back `maybe’ and then turned the phone over to Bennett, a narcotics detective.

Bennett, who understood the text message to refer to $30 worth of methamphetamine, texted back and forth with Angel over the next few hours. Angel agreed to meet the detective and sell him drugs at a specific spot, and she texted when she was about to arrive. When police saw defendant arrive at the spot of the arranged drug sale, they detained her and read her Miranda warnings and a consent-to-search card. [Carle] consented to a search of her phone, and police found the text messages Bennett had sent to her phone. [Carle] then told police that she had planned to take the $30 and retrieve drugs from a nearby apartment.
State v. Carle, supra.
As noted above, Carle moved to suppress evidence of the
initial text found on Duane's phone and the evidence found during the subsequent police investigation, arguing that the police had conducted an unreasonable search of her `intercepted communications’ under Article I, section 9 [of the Oregon Constitution] and the 4th Amendment.

In sum, because [she] had no privacy interest in the digital copy of the text message found on Duane's phone, police did not conduct a `search under . . . the 4th Amendment when they viewed that text message on Duane's phone. Accordingly, the trial court did not err in denying [Carle’s] motion to suppress evidence of that text and the resulting evidence of [her] interactions with police.
State v. Carle, supra.
In its analysis of whether Carle had a legitimate expectation of privacy in the text message under Article 1 § 9 of the Oregon Constitution, the court began by noting that this provision provides that
`[n]o law shall violate the right of the people to be secure in their persons, houses, papers, and effects, against unreasonable search, or seizure[.]’ A `search,’ under that provision, occurs when a government agent intrudes into an individual's protected privacy interest. State v. Meredith, 337 Or. 299, 96 P.3d 342 (Oregon Supreme Court 2004). A protected privacy interest `is not the privacy that one reasonably expects but the privacy to which one has a right.’ State v. Campbell, 306 Or. 157, 759 P.2d 1040 (Oregon Supreme Court 1988) (citation omitted; emphasis in original).
State v. Carle, supra.
The Court of Appeals explained that in her appeal Carle argued that she had a
privacy interest in `the contents of the text messages that she had sent to “Duane.”’ She asserts that text messages `by their nature connote a privacy interest,’ reasoning that those messages are `intended for a specific recipient, implicitly entrusted to that person and that person only.’ Comparing text messages to telephone conversations and letters, [Carle] maintains that `[c]ourts have held that, under both the state and federal constitutions, the contents of letters and phone conversations carry a constitutionally protected privacy interest, such that a defendant can suppress evidence that derives from an unlawful search of either the letter or phone conversation.’ The analysis does not change, [Carle] argues, `merely because the text messages were [found] on someone else's phone.’ . . .

[T]he state argues that the fact that police found [Carle’s] text message on someone else's phone makes all the difference. [It] acknowledges that Duane, as the purported owner of the searched phone and the recipient of the text, `might have been entitled to suppression of the text from [Carle] by virtue of his possessory interest in his phone.’ But, in the state's view, a sender of a text like [Carle] `has no cognizable privacy interest in a text that she voluntarily sent to, and which was then received by, a phone in which the sender has no possessory interest.’ The state reasons that, once [Carle] sent that message, she made it `readily available to whoever [could] or [did] access the phone that receive[d] the text.’
State v. Carle, supra.
The court goes on to explain that since the police “searched a phone that purportedly belonged to `Duane,’” not Carle, “we are not concerned with any privacy interest” she “had in any digital copies of the sent text messages on her own phone” nor “are we concerned with what privacy interests Duane had with respect to the text messages on his phone.”  State v. Carle, supra.  Therefore, the “narrow question here . . . is whether defendant retained any protected privacy interest in the text message that she sent to Duane, once it was delivered to his phone.”  State v. Carle, supra.

Since the Oregon Supreme Court has not addressed this issue “with regard to electronic communications”, the parties, and the court, relied on “cases addressing whether a person retains a privacy interest in personal property that she gives to another.” State v. Carle, supra. The court then reviewed several Oregon cases, but one it seemed to find on point was State v. Howard/Dawson, 342 Or. 635, 157 P.3d 1189 (Oregon Supreme Court 2007), noting that in the Howard/Dawson case, the defendants argued that they
retained a privacy interest in garbage that they turned over to a sanitation company without any restriction on its disposition. . . . The court disagreed, explaining that the defendants' privacy rights were controlled by `the legal relationship between [the] defendants and the sanitation company’; the court noted that the defendants had `not claimed that their contract with the sanitation company limited what the company could do with the garbage once the company took possession of it.’ State v. Howard/Dawson, supra.  Under those circumstances, they `retained no more right to control the disposition of the garbage once they turned it over to the sanitation company than they would had they abandoned it.’ State v. Howard/Dawson, supra.
State v. Carle, supra.
The court therefore found that like “the defendants in Howard/Dawson”, Carle
lost the ability to control the dissemination of the digital copy of the message stored on Duane's phone. The recipient could show that copy to anyone in his presence, or he could instantaneously forward it along to anyone with a cell phone. . . . Moreover, [Carle] had no ability to control whether the recipient would safeguard his cell phone -- a device the recipient could take (and leave) anywhere -- so others could not see the messages displayed on it.

At bottom, [Carle’s] assertion that she `implicitly entrusted’ Duane with her text message amounts to an argument that she did not expect anyone other than Duane to see the text message -- or, at the least, did not expect law enforcement to see the message. But a person's “subjective expectation of privacy does not necessarily determine whether a privacy interest has been violated.’  State v. Brown, 348 Or. 293, 232 P.3d 962 (Oregon Supreme Court 2010).
State v. Carle, supra.
The court therefore held that when Carle sent a text message to Duane’s phone, she
may have expected that police would not see it. But once a copy of the text message arrived on Duane's phone, defendant lost all ability to control who saw that message. As a result, under Article I, section 9, [Carle] had no protected privacy interest in the digital copy of the message police found on that phone. Because no search occurred for purposes of Article I, section 9, the trial court correctly denied [Carle’s] motion to suppress under the state constitution.