The Employer, the Laptop and the Motion for Return of Property 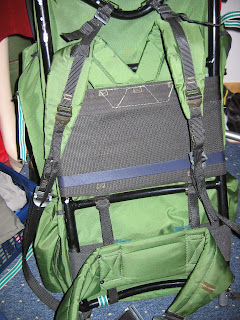 As I explained in a post I did some years ago, there are two way someone can challenge law enforcement’s seizing property, including computers:  One is to file a motion to suppress evidence, which is the approach usually taken by someone who has been charged with a crime that involves evidence on the seized property.  The other, less common option is to file a motion seeking the return of property, on the premise that it was improperly seized. This post examines a case that involved the latter.

MLDC Government Services Corp. (Employer) had an employee named Matt Eugene Ruck (Employee) who was on felony probation for the crime of forgery. Employer knew the terms and conditions of the probation, which included that Employee not leave the State of Idaho without written permission of his probation officer and that he consent to a search of his person, vehicle, residence, and property.

Employee's employment duties required that he travel regularly, and Employer provided him with an Employer-owned laptop computer for business use. Employer allowed Employee to take the laptop wherever he desired, including on business trips and to his home.

On June 22, 2011, two probation officers went to Employee's residence to conduct a standard home visit and to inquire about his recent attempt to purchase a firearm. It is a felony for any person previously convicted of a felony to purchase, own, or possess a firearm or have one under his custody or control, Idaho Code § 18–3316(1), and it is a felony to attempt to do so, Idaho Code §§ 18–306(2), 18–111.

During the visit, one of the officers noticed a backpack on the kitchen table. She asked Employee if it was his backpack, and he responded that it was. The officer looked through the backpack and discovered airline boarding passes and other information indicating that Employee had traveled out of state. The officer questioned Employee about such travel, and he ultimately admitted to traveling out of state.

The officer also found the Employer-provided laptop in the backpack and removed it. Employee told the officer that it was a work computer. The officer seized the laptop and left with it in order to later search it to see if it contained evidence of Employee violating the terms of his probation. Prior to leaving, the officer asked Employee for the computer password, and he gave it to her.

Employer filed a civil action seeking the return of the laptop pursuant to Idaho Criminal Rule 41 and a temporary restraining order and injunction preventing any search of the laptop until it could be determined what information in it was privileged.

Pursuant to the stipulation of the parties, the judge presiding over the civil proceeding entered an order on June 28, 2011, stating that the Department of Correction would retain possession of the laptop and that any copies made of data contained in it shall be sealed and not viewed until there was a hearing to determine the rights and protections regarding ownership of that data. After an evidentiary hearing in the civil proceeding, the presiding judge ordered that it be stayed and that the matter be referred to the judge presiding over the criminal case.

The matter was then presented to the judge presiding over Employee's criminal case. After reviewing the documents filed in the civil proceeding and the transcript of the evidentiary hearing, the judge denied Employer's motion for the return of the laptop. Employer then timely appealed.

The determination of whether the attempt to regain the laptop should have been brought as a civil action or as a motion in the criminal case depends upon whether Employee's criminal action was still pending as that term is used in Idaho Criminal Rule 41(e). Rule 41(e) states that `[t]he motion for the return of the property shall be made only in the criminal action if one is pending, but if no action is pending a civil proceeding may be filed in the county where the property is seized’.

The court also noted that when the laptop was seized,

Employee had been sentenced and had been on probation for more than four years. Employer contends that at that point, no criminal action was pending. He cites the definition of the word `pending’ in Black's Law Dictionary, which is `remaining undecided; awaiting decision .’ The meaning of the word `pending’ depends upon the context.

The Supreme Court then found that in this case,

the seven-year period of probation had not yet expired.  Therefore, the district court in the Employee's criminal case still retained jurisdiction to take some action. It had the power to modify the conditions of Employee's probation, to extend or terminate the probation, and to conduct probation violation proceedings, which could result in revoking probation and imposing the suspended sentence.

The judge in the criminal case treated Employer’s filing the civil suit as “a motion under Idaho Criminal Rule 41(e)” and held a hearing on the motion, at which the trial judge “considered the transcript of the evidentiary hearing held in the civil proceedings, at which Employer presented the testimony of its president and the probation officer; the memoranda submitted by Employer; and the written response of the Department of Correction.”  State v. Ruck, supra. As noted above, the judge denied the motion for return of the laptop. State v. Ruck, supra.  The Supreme Court therefore found that process was adequate and appropriate.  State v. Ruck, supra.

It then took up the second issue:  whether the trial judge erred in denying the motion for the return of the laptop. State v. Ruck, supra.  The Supreme Court began its analysis of this issue by explaining that Idaho Criminal Rule 41(e) states that

`[a] person aggrieved by a search and seizure may move the district court for the return of the property on the ground that the person is entitled to lawful possession of the property and that it was illegally seized.’ The rule further provides, `If a motion for return of property is made or comes on for hearing after a complaint, indictment or information is filed, it shall be treated also as a motion to suppress under Rule 12.’

`When a defendant moves to exclude evidence on the grounds it was obtained in violation of the 4th Amendment, the government carries the burden of proving that the search or . . . was reasonable.’ State v. Bishop, 146 Idaho 804, 203 P.3d 1203 (Idaho Supreme Court 2009).

However, . . . Employer is not the defendant in the criminal action who is seeking to suppress evidence.  Therefore, we hold that Employer has the burden of proving that it is entitled to lawful possession of the laptop and that the laptop was illegally seized. There is no dispute in this case that Employer is the owner of the laptop. Therefore, the issue is whether the district court erred in failing to find that the laptop was illegally seized.

As the legality of the seizure, the court explained that the conditions of

Employee's probation included a provision stating that he `shall submit to a search of defendant's person, vehicle, residence, and/or property.’ Employee also signed an Agreement of Supervision and initialed each provision in it, one of which stated that he `shall consent to the search of his/her person, residence, vehicle, personal property, and other real property or structures owned or leased by the defendant or for which the defendant is the controlling authority.’ The backpack was Employee's property. Therefore the probation officer could search it.

The relevant question was whether the officer could seize the laptop she found in the backpack.  The Supreme Court noted that the propriety of the seizure depended on whether the plain view doctrine applied here. State v. Ruck, supra. It explained that

[i]f, during a lawful search of a private area, an officer sees an object in plain view, the incriminating character of the object is immediately apparent, and the officer has a lawful right to access the object, the officer may seize it. Horton v. California, 496 U.S. 128 (1990). The officer must have probable cause to believe that the object is evidence of a crime or contraband. Arizona v. Hicks, 480 U.S. 321 (1987).

The Supreme Court then analyzed the plain view doctrine’s application in this case:

With respect to the seizure of the laptop, the probation officer stated in her affidavit that the laptop was found in the Employee's backpack where she also found receipts and boarding passes indicating that he had violated his probation by traveling out of state without permission. She stated that she seized the laptop with the intention of searching it `for further indications of Mr. Ruck violating the terms of his probation.’

In denying Employer's motion for the return of the laptop, the district court found that, `based upon the totality of the circumstances, it is reasonable to believe the computer may hold evidence that Ruck was in violation of the probation order, specifically with respect to whether Ruck was traveling without permission, or engaging in financial transactions which are prohibited by the order.’

Employer does not challenge that finding on appeal, nor does Employer argue that the probation officer lacked probable cause to believe that the laptop may contain evidence that Employee violated the conditions of his probation. . . . Because Employer has not challenged on appeal the factual finding by the district court that it was reasonable for the officer to believe that the laptop may contain evidence of a probation violation, we hold that the district court did not err in denying Employer's motion for the return of the laptop.

Finally, the court took up the question of whether the state was entitled to search the laptop it had lawfully seized.  State v. Ruck, supra.  It began noted that the issue with

It wrote, `If the parties cannot reach an agreement regarding the method of searching the computer, the Court will entertain a motion for a protective order which would allow the information on the computer to be submitted to the Court under seal.’

Employee's condition of probation requiring that he consent to searches and the relevant provision in the Agreement of Supervision do not address consenting to the search of personal property owned by a third person. It is clear that Employee had authority to consent to the search of the laptop because Employer had given him possession of the laptop and authorized him to take it wherever he desired, including to his home. See Frazier v. Cupp, 394 U.S. 731 (1969); U.S. v. Matlock , 415 U.S. 164 (1974). . . .

It is not clear whether Employee did consent to a search of the laptop. There is no evidence that the probation officer expressly asked for his consent. The officer merely asked for the password, which Employee gave her.

The officers did not search the laptop while they were at Employee's home, and apparently have yet to search it. Because Employer is the owner of the laptop, it can revoke any consent allegedly given by Employee. See Georgia v. Randolph, 547 U.S. 103 (2006).

Because Employer is not on probation, there is no basis for reducing the standard required for a search of the laptop. Therefore, the State cannot search the laptop without a warrant issued based upon a judicial determination that there is probable cause to believe that evidence of Employee's probation violation is contained in the laptop.

The court therefore affirmed the denial of the Employer’s motion for return of the laptop.
State v. Ruck, supra.