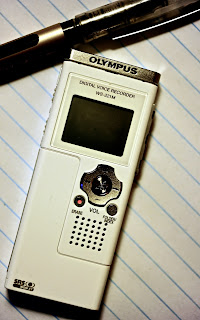 After a jury found him “guilty of harassment by telephone” in violation of 720 Illinois Compiled Statutes 135/1-1 and he was “sentenced to two years' conditional discharge”, John D. Shiner appealed.  People v. Shiner, 2013 WL 5745371 (Appellate Court of Illinois 2013). The conviction came after a jury trial that began on January 24, 2012.  People v. Shiner, supra.

The criminal complaint filed in the case “alleged [Shiner] made a phone call to Cindy Priz's cell phone with the intent to threaten and intimidate her.”  People v. Shiner, supra. As to how the complaint came to be filed, the opinion explains that at the trial, Priz

testified that she met [Shiner] in late November or December 2010 through a friend of hers named Derek. She identified [Shiner] in court. From the time she met him until May 2011, she saw him about every two or three weeks. In May 2011, she saw [him] about three or four times a week because she started to spend more time with her friend, Barb Costello, and [Shiner] would be with them. (The record indicates [Priz] and Costello were dating.) She also met Costello through Derek. She did not generally speak directly with [Shiner]; their mutual friends would talk more with him. She heard [him] speak to others `at least 100 times.’ She never spoke to [Shiner] over the phone.

On September 4, 2011, she was at home and received a call from Costello's phone at about 7:40 p.m. She did not answer the phone because she was not in the mood to talk to anyone. The call went to her voice mail and she noticed the caller had left a message. When asked what she heard when the message was played, [Shiner] objected on the basis that the best evidence rule prohibited Priz from testifying as to the contents of the voice message and required the voice mail itself to be authenticated and admitted into evidence.

The trial court overruled the objection without explanation. Priz testified that when she played the message the caller identified himself as `John’ and she recognized that it was [Shiner’s] voice. [Shiner] said she should not come within 25 feet of him and Costello at a Caribou coffee or the public library (places where they normally hung out) and she should move out of town. The message made her feel scared and nervous because it sounded threatening. At the time of the message, she was not having any disputes with Costello or [Shiner].

After she listened to the message, Priz called the police and sent a text message to

Costello's phone that indicated she was contacting the police. After about 15 minutes, Officer Vacala arrived at her house. She showed him her phone and played the voice message for him. The officer made a report and told her to call the police again if she received any more phone calls.

After she received the second and third calls, Priz called

the police again. She did not listen to the voice messages until the police arrived. When the same officer arrived, she played the messages. She recognized, from the sound of his voice, that the caller was [Shiner]. After the trial court overruled another best evidence objection, Priz testified that the second message was [Shiner] saying that he thought he had told her not to contact Costello's phone.

She said [Shiner’s] voice sounded threatening and that she was scared. She acknowledged that she could not recall the exact words [he] used on the voice messages or what names [Shiner] had called her. She testified that she did not know of anything that would refresh her recollection.

Now we come to the events that led to Shiner’s appeal:

Priz . . . testified that she saved the messages on her voice mail. She could not recall if the officer told her to save the messages. The officer did not try to make his own recording of the messages. After listening to the second and third messages, the officer made another report and left.

On redirect examination, after refreshing her recollection by reviewing a copy of the police report, Priz testified that, in the second message, [Shiner] called her a `fat bitch’ and told her not to contact him or Costello.

About September 6 or 7, Priz went to her cell phone provider's local store to find out if there was a way to permanently save the voice messages. She was told it was not possible. On September 9, she was in court to testify so that the police could get a warrant. She played the voice messages for the court.

Officer Lawrence Vacala also testified at Shiner’s trial.  On direct, he said he had been a

Downers Grove police officer for 10 years. On September 4, 2011, he was dispatched to Priz's home in response to her report of telephone harassment. Priz told him she had received a threatening phone message. She played the message on speaker phone so he could hear it. Vacala stated that the caller was male, identified himself as `John,’ and his speech sounded slurred, aggressive, and angry.

He listened to the entire message. He explained to Priz that he would file a police report and told her that if she received any more calls, she should contact the police so that the calls could be documented. Priz seemed frightened and upset by the phone message. He left Priz's home.

Vacala further testified that, about a half-hour after he left Priz's residence, he was again dispatched to her home because she had received a couple more telephone calls. When he arrived she was extremely upset, almost on the verge of tears. Priz played the second and third messages for him via speaker phone.

He recognized that the caller was the same caller as the one who left the first message. The messages were again slurred and in an angry tone of voice. The messages included profanity.

He told Priz he would document the calls with a police report and indicated that a criminal complaint would be prepared if she wished. He subsequently prepared a complaint and a warrant. Priz appeared in court to have the complaint warrant signed.

When he was cross-examined by Shiner’s lawyer, Vacala testified that he knew Shiner

His police reports contained summaries of what he felt were the important details of the voice messages. He testified that the caller identified himself as `John’ just once, on the first voice mail message. . . .

Also on cross-examination, Vacala was presented with a copy of his police report. After reviewing the report, Vacala acknowledged that [it] indicated [Shiner]
had identified himself by first name in all three messages. He explained he wrote that because Priz had identified [Shiner] as the caller for all three messages. He acknowledged that [Shiner] had only identified himself by first name in the first message.

Shiner also testified at trial.  People v. Shiner, supra.  He said he had

never spoken to Priz on the phone and never left any voice messages on Priz's cell phone. In 2010, he had pled guilty to the offense of aggravated battery to a police officer. On cross-examination, [Shiner] testified that he had known Priz, through mutual friends, for about three or four months.

On September 4, 2011, he had his own cell phone and, had he been so inclined, would have used that phone to call and harass Priz -- not Costello's phone. He testified that he had never used Costello's phone.

He reiterated that he had not called Priz's cell phone. He never hung around with Priz alone. He and Priz merely socialized with the same group of friends and they would be four or five feet apart on these occasions.

On September 4, 2011, he was at home with his roommate going over work for the next day. At about 7 p.m., he took his roommate's dog for a walk. [Shiner] testified that there were other people named `John’ that hung out in their group, one of whom would dress up as Santa every year.

On appeal, Shiner argued, among other things, that

the best evidence rule required the actual voice messages to be produced and that the trial court erred in allowing testimony about the content of the messages without first requiring the State to prove that they were unavailable.

People v. Shiner, supra.  As Wikipedia explains, the best evidence rule “generally require the original or reliable duplicate of any "writing, recording, or photograph" when the content of that evidence is given legal significance by substantive law (such as a contracts or copyright dispute) or by the parties themselves (such as using a video recording of a bank robbery).”

Rather, the existence of a writing, recording, or photograph may be proven by testimony or other indirect evidence when it is shown the original was lost, destroyed, or otherwise unavailable. People v. Barber, 116 Ill.App.3d 767 (Appellate Court of Illinois 1983).

Evidentiary rulings are within the sound discretion of the trial court and will not be disturbed absent an abuse of that discretion. People v. Dunmore, 389 Ill.App.3d 1095 (Appellate Court of Illinois 2009).

The court then applied the above standards to Shiner’s argument, noting that

The jury had the opportunity to observe the witnesses and make credibility determinations. Under these circumstances, the trial court did not abuse its discretion in allowing testimony about the content of the voice messages. . . .

The Court of Appeals also noted that Shiner

takes issue with the fact that the trial court overruled his best evidence objections, without explanation, prior to Priz's testimony about the voice messages being automatically deleted. [He] asserts, therefore, that the trial court erred in allowing her testimony prior to making a determination as to the unavailability of the actual voice messages.

In pre-trial hearings on a day that was set for trial, the State obtained a continuance based on the fact that Priz informed the State's attorney that the voice messages had been automatically deleted from her voice mail system. The State requested a continuance to subpoena the phone records.

At a subsequent hearing, the State requested and the trial court entered a `comply order’ requiring the keeper of records for the cell phone provider to comply with the State's subpoena or appear in court to explain any non-compliance.

Accordingly, at the time the trial court overruled the best evidence objections, it was aware of the State's position that the voice messages had been automatically deleted and that the State had attempted to subpoena information regarding the voice messages. As such, to the extent there was any error, it was harmless.

For these and other reasons, the Court of Appeals affirmed Shiner’s conviction and sentence. People v. Shiner, supra.