The Laptop, Miranda and Poisonous Fruit 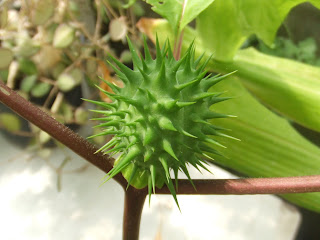 The Michigan Court of Appeals recently issued an opinion in People v. Davis, 2012 WL 639330 (2012) that addresses some interesting Miranda and 4th Amendment issues.

John Wayne Davis, Jr. was charged with “larceny in a building” in violation of Michigan Compiled Laws § 750.360 and with “receiving and concealing stolen property valued between $1,000 and $20,000” in violation of Michigan Compiled Laws § 750.535(3)(a). People v. Davis, supra. The Court of Appeals’ opinion doesn’t explain what Davis allegedly did that led to his being charged with these crimes because its sole concern was the legal issues noted above.

After being charged, Davis filed a motion to suppress in which he claimed he “had been subjected to custodial interrogation without having been given warnings required by Miranda v. Arizona, 384 U.S. 436 (1966).” People v. Davis, supra. He succeeded, perhaps beyond his expectations:

The prosecution then appealed “the trial court’s order granting [Davis’] motion to suppress evidence and dismiss all charges.” People v. Davis, supra. As far as I can tell, under Michigan procedure the prosecution can seek leave to appeal a non-final order like this and can proceed if leave is granted. Michigan Court Rule 7.103(A)(1).

The Court of Appeals began its analysis of the trial court’s rulings by noting the applicable standards of review:

We review de novo a trial court's ultimate decision on a motion to suppress evidence. People v. Chowdhury, 285 Mich. App 509, 775 N.W.2d 845 (2009). The trial court's factual findings, however, are reviewed for clear error. Id. Here, whether [Davis] was interrogated while `in custody,’ so entitled to Miranda warnings, presents a mixed question of law and fact. People v. Coomer, 245 Mich. App 206, 627 N.W. 2d 612 (2001). A trial court's factual finding `is clearly erroneous if, after reviewing the entire record, an appellate court is left with a definite and firm conviction that a mistake has been made.’ Id.

The first issue the court reviewed was whether Davis was subjected to custodial interrogation “without first having been advised of his Miranda rights.” People v. Davis, supra. As Wikipedia explains, and as you may already know, people are only entitled to the Miranda warnings when they’re in “custody”, which means they were under arrest or their freedom of movement was restrained “such that a reasonable person would not feel free to end the interrogation and leave.” People v. Davis, supra.

To determine custody, courts make an objective determination based on the “totality of the circumstances” involved. People v. Davis, supra. The Davis court noted that the following factors “may be relevant” in determining whether someone was in custody:

After applying these factors to what happened to Davis, the court found he was in custody for the purposes of Miranda:

Eighteen-year old [Davis] was questioned by three uniformed police officers standing in his bedroom at 3 a.m. The officers never told [him] he was not under arrest or free to leave. Although the questioning occurred in the home where [he] lives with his grandmother, it did not occur in a common area of the home or a room of [his] choosing.

Instead, the officers followed [Davis’] grandmother, who permitted their entry, back to [his] bedroom, without invitation, and questioned [him] while standing between him and the door. The 3 a.m. questioning occurred immediately after [Davis’] grandmother woke him, and the officers questioned [him] while he sat on his bed wearing only his boxer shorts. [Davis said] he was groggy and unable to see clearly. The only other person present was [his] grandmother, who testified she was not in the room for at least part of the questioning.

Although [Davis] was in his own home, the time of day, [his] age, condition, the number of officers, their position and their failure to tell [him] he was not in custody and free to leave, support the conclusion that a reasonable person in [his] position would have felt they were unable to end the interrogation or leave.

Since the court found he was in custody and was interrogated without being given the Miranda warnings and the opportunity to invoke his right to counsel and right to silence, it held that the trial court properly suppressed the statements Davis made at home. People v. Davis, supra. The Court of Appeals then addressed what I find a far more interesting issue: “whether the laptop [Davis] gave to police” while they were at his home had to be suppressed because of the Miranda violation. People v. Davis, supra.

As to how he came to give the police the laptop, the opinion explains that

[a]ccording to the police, [Davis] initially denied knowing anything about the laptop. Only after his grandmother said to [him], `I told you that laptop he brought you was stolen,’ did he retrieve the laptop from under his bed and hand it to Officer Keimig.

People v. Davis, supra. In a later part of the opinion, the Court of Appeals notes that after Davis was interrogated at home, he

dressed and rode with the police officers to show them where his friend, Kirk, lived. The officers then drove [Davis] to the police station, where he was provided his Miranda warnings, waived them, and made his second statement. It is unclear how much time had passed, but the location and questioning officer had changed. In addition, [Davis] was not only read his Miranda rights, he was also provided them in writing. Thereafter, [he] wrote out a full-page statement regarding the theft of the laptop.

The trial court “suppressed the laptop . . . as `fruit of the poisonous tree.’” People v. Davis, supra. As Wikipedia notes, “fruit of the poisonous tree” is a principle in U.S. law which bars the state from using evidence that was obtained by violating the Constitution. The principle originated in the U.S. Supreme Court’s decision in Silverthorne Lumber Co. v. U.S., 251 U.S. 385 (1920) and was identified as the fruit of the poisonous tree doctrine in Nardone v. U.S., 308 U.S. 338 (1939). So, as the Supreme Court explained in Segura v. U.S., 468 U.S. 796 (1984), the 4th Amendment exclusionary rule encompasses “primary evidence obtained as a direct result of an illegal search or seizure” and also extends to the indirect product of such unconstitutional conduct.

As noted above, the trial judge did not rely on a 4th Amendment violation; there is nothing in the opinion that indicates there was any 4th Amendment violation in this case. (I'm assuming Davis didn't make any 4th Amendment arguments before the trial court, but I don't have access to the motion to suppress so I can't be sure about that.) Instead, the trial judge “suppressed the laptop and second statement [Davis] made after being advised of and waiving his Miranda rights as `fruit of the poisonous tree.’” People v. Davis, supra. That means there must have been a "poisonous tree."

Since neither the 4th nor the 6th Amendments were implicated here, in order to be valid, the suppression would have to have been based on a finding that the application of the exclusionary rule was warranted because police violated Davis’ 5th Amendment right not to be compelled to incriminate himself. But as the Court of Appeals explained, police do not “compel” someone under the 5th Amendment when they merely interrogate someone without giving them their Miranda rights. People v. Davis, supra.

“Compulsion” requires coercion, e.g., the use of violence or other sanctions, which was not involved here. (This is why Justice White, for example, wrote a dissent in the Miranda case in which he argued, with some credibility, that the majority of the Court was using the Miranda formula to basically import the 5th Amendment privilege into a context in which it had never before applied, i.e., police interrogation.)

The trial judge, though, relied not on the 5th Amendment, but on Miranda, assuming the failure to give Davis his Miranda warnings during the interrogation at his home triggered the exclusionary rule. Miranda's constitutional status, i.e., its relationship with the 5th Amendment, has been and remains at least somewhat uncertain, but it is and has always been clear that the Miranda rules provide far more protection than the 5th Amendment does. So the two are, at a minimum, clearly not co-extensive.

The Court of Appeals referred to this fact, noting that in U.S. v. Patane, 542 U.S. 630 (2004), the Supreme Court held that “[b]ecause the failure to administer Miranda rights is not in itself a violation of the 5h Amendment, the exclusionary rule that fruits of a constitutional violation must be suppressed does not apply.” People v. Davis, supra. The Patane Court also held that if police fail to give a suspect his/her Miranda rights, the failure does not require the suppression of the “physical fruits” (e.g., a laptop) of the suspect’s unwarned statements. U.S. v. Patane, supra. So there was no constitutional violation, no poisonous tree and no “fruit.”

The Court of Appeals held, therefore, that “the laptop should not have been suppressed.” People v. Davis, supra. It also held that the statement Davis gave later at the police station should not have been suppressed because of the facts noted above, i.e., he dressed and was driven to the police station where he was given his Miranda rights and waived them. People v. Davis, supra.

Posted by Susan Brenner at 7:23 AM