The Laptop, Bailment, Negligence and the TSA 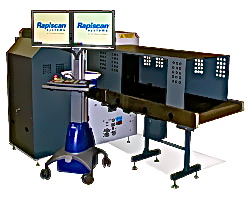 This post examines an opinion recently issued in a civil suit.  As the opinion notes, Reynolds Williams filed [this] action against United States of America (“United States”) alleging that the federal Transportation Security Administration (`TSA’) lost or stole certain electronic devices and accessories.”  Williams v. U.S., 2012 WL 3638788 (U.S. District Court for the District of South Carolina 2012).  Williams asserted three causes of action:  “bailment, negligence and conversion.”  Williams v. U.S. supra.  (He asserted his causes of action in a Complaint, which is the formal pleading someone uses to start a lawsuit.)

(The United States filed its motion to dismiss under Rule 12(b)(6) of the Federal Rules of Civil Procedure, which, as Wikipedia notes, asks a court to dismiss a claim because it is legally insufficient, i.e., fails to state a legal claim upon which relief can be granted. If you would like to read more about what such a motion is and what it seeks to accomplish, check out this post.)

Before we examine the judge’s rulings on these claims, I need to outline the relevant facts in the case:

[Williams] alleges that on the morning of May 18, 2011, he checked luggage for a flight from the O'Hare airport in Chicago, Illinois to the Florence, South Carolina airport. . . . In his luggage, which [he] states he packed himself before leaving his hotel, [Williams] placed a laptop computer, an electronic reader, and related electronic accessories. . . .

Upon arriving at the airport, [Williams] claims he carried his luggage from the airline counter and handed it to a uniformed TSA officer. . . .  Later that evening, [Williams] indicates he collected his luggage at the Florence airport baggage claim immediately after the luggage made its way onto the conveyer belt. . . .

After returning home and opening the luggage, [Williams] claims the laptop computer, electronic reader, and related electronic accessories were missing; and within the luggage was an official notice indicating TSA had opened the checked baggage. . . .

The District Court judge began his review of Williams’ remaining claims with bailment.  As Wikipedia explains, the term “bailment”

Wikipedia cites giving “leaving your car with a valet” for parking as an example of a bailment.  Another example, of course, is giving your luggage to an airline to transport for you to your intended destination.  If you would like to read more about bailments, albeit in a different context, check out this post.

Illinois law applies here because here, this federal court is not adjudicating issues that arise under federal law. This is simply a diversity jurisdiction civil suit between a U.S. citizen and an agency of the federal government.  So, since there is no federal law of bailment or negligence, and since the damage/theft seems to have allegedly occurred at the O’Hare airport, it follows that Illinois law applies. (In other words, here the district court is basically sitting as an Illinois state court.)

Back to bailment law:  In analyzing the viability of Reynolds’ bailment claim, the judge noted that Reynolds

alleges that both TSA and the airline had possession of his luggage at different times. . . . However, . . . the Court can also infer that [he] has alleged that his electronic devices and accessories went missing while his luggage was in the exclusive possession of TSA -- in other words, that TSA had a window of exclusive control. . . .
Williams v. U.S. supra.

The judge found that while

no Illinois case appears to squarely address this issue, several cases applying Illinois law appear to support the contention that, accepting [Reynolds’] allegations as true, a prima facie case for bailment is, at least, plausible under the circumstances alleged in the Complaint.

Williams v. U.S. supra. (The judge accepts allegations as true for the purposes of determining their legal sufficiency to assert a bailment claim; the true or falsity of the allegations then becomes a matter to be determined at trial, if the claim survives.)

The United States disagreed, asserting that “`courts throughout the country have rejected similar negligence, bailment and conversion claims brought by passengers against the TSA involving allegedly lost or stolen property from checked baggage or at passenger screening checkpoints.’” Williams v. U.S. supra.  The judge, though, found that none of these cases were on point, i.e., they did not deal with the viability of Reynolds’ bailment claim under the circumstances, and the law, at issue here. Williams v. U.S. supra.  He therefore denied the United States’ motion to dismiss Reynolds’ bailment claim against the TSA.  Williams v. U.S. supra.

If you’re interested in learning more about the elements – and the plaintiff must plead and prove each element – check out Wikipedia’s entry on them.)

Getting back to Reynolds’ case, the District Court judge explained that the Magistrate Judge found that the claim should “be dismissed because `[Reynolds] has not pleaded and cannot establish that [the TSA] owed him a specific duty to safeguard his personal property.’” Williams v. U.S. supra.   So the Magistrate Judge found that Reynolds’ negligence claim was legally insufficient because he had not alleged and could not prove that the TSA owed him a duty to keep his property safe.  If, indeed, the TSA had no such duty, then a negligence claim would fail, as noted above.

Reynolds responded to the Magistrate Judge’s finding that his claim was deficient by arguing that the claim “should survive because his alleged bailment relationship establishes `a presumption of negligence on the part of the’ TSA.  Williams v. U.S. supra.  The District Judge found that

[l]ike the cause of action for bailment, whether [Reynolds’] negligence claim survives a motion to dismiss for failure to state a claim is a close question. Illinois law imposes a presumption of negligence when a party is able to make a prima facie case for bailment. . . .

For the reasons discussed above, [Reynolds’ has sufficiently alleged such a prima facie case [for a bailment claim]. It logically follows, then, that under Illinois law [he] has a plausible claim for negligence.

The judge also explained that in

As discussed throughout this Order, accepting as true all of [Reynolds’] allegations, and viewing the Complaint in a light most favorable to him, [he]  has alleged both an action for breach of bailment and negligence stemming from the bailment of his luggage with TSA.

Having done that, the judge also included a footnote in the order denying the motions to dismiss in which he expressed his hope that the case will settle:

As of the date of this Order, this case, centered on electronics valued at approximately $2,000, has generated twenty-eight docket entries, five substantive filings from the parties totaling more than seventy pages, and orders from a federal magistrate and a district court judge totaling more than twenty pages. And an answer has yet to be filed!

The Court strongly encourages the parties to discuss a possible resolution to this low-value matter before incurring any further costs, and moreover, before expending more of the federal judiciary's already limited resources.

(An Answer is the formal pleading a defendant files in which he/she/it admits or denies the factual allegations in the Complaint and asserts any affirmative defenses, such as that the Plaintiff who claims to have been injured by the defendant’s was y partially responsible (contributorily negligent) for the accident/loss/injury.)
Posted by Susan Brenner at 8:39 AM

I would be surprised if the Govt settled like the judge suggested. It would open a flood gate of litigation against the TSA.

What the guy should have done is sued both the TSA and the airline. Somebody took his stuff.