Craigslist and the Fake Debt-Assistance Program 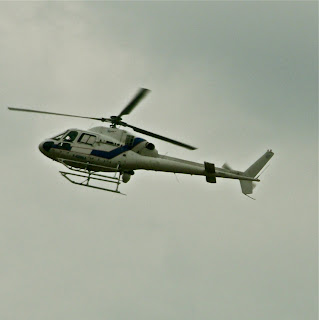 In May of 2010, a jury impaneled in the U.S. District Court for the Western District of Oklahoma convicted Wallace Laverne Lawrence III of

He appealed, “challenging the sufficiency of the evidence to support his conviction on the wire fraud and identity theft counts.” U.S. v. Lawrence, supra. This is how the Court of Appeals summarizes the scheme to defraud with which Lawrence was charged:

Victims of the scheme were solicited initially by fliers and later by ads on the `Craigslist’ web site. These solicitations were directed at financially-strapped persons, promising relief from immediate threats like the disconnection of basic services.

They gave a name and number to call, which varied from ad to ad but evidence traced the names and numbers to Lawrence. When victims called, Lawrence told them that their bills would be paid in return for a cash payment of one-half the amount owed, required only after they received confirmation from their creditors that the bills had in fact been paid.

The cover story was typically that some beneficent source had provided funding for a debt-assistance program. Creditors were actually paid with stolen debit-card, credit-card, or bank numbers obtained at Lawrence's request by his girlfriend, co-defendant Susan Acuna, from medical offices where she worked.

Victims were given information to confirm the payments and then put in contact with a courier (Acuna, Carrie DeLaPorte, or co-defendant Carri Adams) who collected the cash for Lawrence. When creditors later reversed the fraudulent payments and victims tried to reach Lawrence for an explanation, they found that the contact numbers they were given at the outset -- for prepaid cell phone accounts -- had been disconnected.

The government’s brief on appeal notes that when the financial institutions “eventually reversed the payments made with the stolen account information,” victims of the scam were left “out the cash, fee, still owing the full amount of the bill, and in some cases, also owing penalties or reconnection fees.” Brief of Appellee, U.S. v. Lawrence, 2011 WL 2603038. “[O]ne victim paid $1200 in cash fees, another paid over $2000.” Brief of Appellee, supra. You can, if you’re interested, read a little more about the scheme in the news story you can find here.

In reviewing Lawrence’s arguments on appeal, the 10th Circuit began by noting that the wire fraud counts in the indictment “relate to the Craigslist ads, which were `transmitted by means of wire . . . communication in interstate . . . commerce, as required by § 1343, when the posted information was conveyed to out-of-state servers.” U.S. v. Lawrence, supra. On appeal, Lawrence argued that the “government did not present sufficient evidence to show he placed the ads and thereby engaged in interstate communications.” U.S. v. Lawrence, supra.

assessing the evidence it must be kept in mind that, given the alternative aiding and abetting theory on the wire fraud counts, it was not necessary for the government to prove Lawrence posted the ads himself if ads he did not personally handle were posted by co-defendant Carri Adams with his help or at his request in furtherance of the fraudulent scheme. See 18 U.S. Code § 2.

It should also be kept in mind that Lawrence does not (and realistically could not) challenge the sufficiency of the evidence establishing his criminal responsibility in the scheme of which the ads were an integral component. His challenge is limited specifically to the proof tying him to the interstate communications.

The 10th Circuit is pointing out that the wire fraud charges, as noted above, are based on the alternative theories that (i) Lawrence himself posted ads or (ii) Lawrence was part of a fraudulent scheme in furtherance of which one of the other schemers, such as Carri Adams, posted ads intended to recruit victims. U.S. v. Lawrence, supra. Lawrence’s response to that premise was to claim his conviction could not “be upheld on this basis because `the government fails to present . . . any mention in the Indictment of a charge of aiding and abetting.’” U.S. v. Lawrence, supra. The Court of Appeals did not agree:

This contention is meritless. The indictment charged Lawrence under both the wire fraud and aiding and abetting statutes in counts one to seven, . . . and, consistent with that joint charge, referred broadly to `Lawrence and Adams us[ing] [computers traced to Craigslist ads] . . . to transmit the [predicate] interstate wire communications,’ without exclusively tying either defendant to specific ads, . . . since each could be liable for aiding and abetting the other. This theory was also clearly implemented in the jury instructions.

The 10th Circuit then addressed the substance of Lawrence’s first argument:

The ads cited in counts three, four, and six were traced to the IP address for Lawrence's home computer, which had an internet history indicating its use to manage Craigslist ads. Thus, the evidence showed that ads with information tied to Lawrence and central to his fraudulent scheme were posted from his computer. That is a sufficient basis upon which to infer he posted the ads.

He speculates that [co-defendants] Carri Adams or Sandra Acuna could have used his computer to post the ads, and insists such a possibility renders the case against him on this point too weakly circumstantial. But there is no evidence Acuna posted any ads; her testimony indicated, rather, that the Craigslist activity was a matter between Lawrence and Adams.

And while Adams admitted posting ads for Lawrence, she denied using Lawrence's computer to do so. The jury was entitled to believe this testimony, as it was not `inherently incredible.’ U.S. v. Cardinas Garcia, 596 F.3d 788 (10th Cir. 2010).

Of course, even if Adams had posted the ads, the evidence would clearly support the reasonable inference that she did so at Lawrence's request in furtherance of his scheme to solicit the victims he then defrauded -- a clearly sufficient basis to find him guilty on the aiding and abetting theory.

Since that only resolved Lawrence’s challenge to 3 of the 7 wire fraud counts he was convicted of, the court then addressed his challenge to the remaining four counts:

The ads cited in counts two, five, and seven were traced to the IP address of a computer used at work by Adams, who admitted posting the ads on Craigslist at the request of and with information provided by `Marcus Chandler’ -- an alias Lawrence used repeatedly for the scheme. Acuna, who knew of Lawrence's use of that alias (and others that appeared in the ads), corroborated that he had Adams help with posting ads on Craigslist. This evidence is sufficient to place aiding and abetting responsibility onto Lawrence for the ads in question.

Finally, the ad cited in count one was not traced to either Lawrence's or Adams's computers but to an IP address for a computer in the Pioneer Library in Norman, Oklahoma. But the name in the ad was the familiar Lawrence alias Marcus Chandler and the contact number was for Lawrence's phone.

While perhaps a little less compelling than the evidence relating to the other wire fraud counts, given the evidence already discussed tying the other Craigslist ads for the scheme solely to Lawrence and Adams, the jury could reasonably infer that one of these defendants posted the ad in association with the other defendant so as to permit direct liability for the former and aiding and abetting liability for the latter.

Next, the court took up Lawrence’s challenge to his conviction on the identity theft count, noting that the “nature of [his] evidentiary-sufficiency objection to this count is not entirely clear.” U.S. v. Lawrence, supra. It also noted that this count, “directed at Lawrence and Acuna, was also charged alternatively under the aiding and abetting statute.” U.S. v. Lawrence, supra. The Court of Appeals then dismissed Lawrence’s challenge to the identity theft conviction:

[T]o the extent Lawrence has put at issue the sufficiency of the evidence specifically concerning his guilt on the identity theft allegation, the issue is easily resolved. While there is no evidence Lawrence himself stole identifying information used to make the unauthorized payments to creditors, that was not required for the aggravated identity theft charge.

He need only have `knowingly transfer[red], possess[ed], or use[d]’ such information to make the payments, 18 U.S. Code § 1028(a), and there is ample evidence he did that. Further, given the alternative aiding and abetting theory, Sandra Acuna's transfer, possession, and use of the information at Lawrence's direction or request also provided a basis for his guilt on this count.

The scam began when Sandra Acuna, who lived with Lawrence and their daughter in Oklahoma City, began stealing financial information from patients of the doctor for whom she was a receptionist. Brief of Appellee, supra. As the scam prospered and “cash started coming in”, she became more involved. U.S. v. Lawrence, supra. According to the news story I cited above, they “victimized 38 individuals” in all.

The scheme came to light as the result of two independent inquiries: A Secret Service agent “set up a false car-loan account” with a car dealership and, with the assistance of an employee of the dealership, set events in motion that led to Lawrence’s calling the employee to inquiry payment methods it accepted. Brief of Appellee, supra. The caller ID on the phone displayed Lawrence’s home phone number.” Brief of Appellee, supra.

“About this same time, . . . a local television news station conducted its own undercover investigation into the craigslist-bill-paying scam”, which resulted in a “confrontation” between a reporter and DeLaPorte, a participant in the scam. Brief of Appellee, supra. As DeLaPorte fled the encounter with the reporter, she threw “fliers and paperwork” Lawrence had given her out of the window of her car, which a “news-helicopter pilot following her” observed. Brief of Appellee, supra.

He directed the reporter to that location, and “she found fliers for the scam and the crib-sheet-style information Lawrence gave DeLaPorte listing the name of the organization she represented, what alias to use, and how much to collect.” Brief of Appellee, supra. After her story aired, the station “began receiving calls from people who recognized Lawrence as the one who defrauded them.” Brief of Appellee, supra.

Posted by Susan Brenner at 7:35 AM

They are up to it again in OKC. Carri has several LLC's (all non profit of course!) filed under Carri Adams with the Oklahoma Secretary of State. These include The Hive Staffing, Americare One Source Institute that RECEIVES WIA and other funding to "train people", a life coaching company, ha ha ha ha. She is currently under a heaing of assets in oklahoma county by SDI Solutions CJ-2015-2998 against her and Americare for $71,000.00. found on oscn.net. She has an eviction filed (it was dismissed) by an 81 year old woman who alledged that Carri gained access to her financial information, Oklahoma County, Carri Adams-Lawrence SC-2015-9916. Her facebook page lists Wallace Lawrence as the "compliance officer" for one of the companies. She employs Baron Hopgood, a fast talking pastor who was arrested and has several such as defrauding an inkeeper, forgery, and obttaining money or something of value under false pretenses, all these to be found on www. oscn.net.

Does anyone know her address. She is now forging names.

Does anyone know her address. She is now into forging.