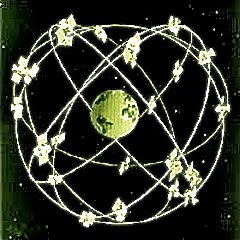 I haven’t done a post on law enforcement’s use of GPS devices to track vehicles for quite a while, primarily because lower courts seem to have pretty much reached a consensus that officers didn’t need to obtain a search warrant before using such a device.

And since the Supreme Court will decide a case this term that raises two 4th Amendment issues concerning law enforcement’s use of GPS technology, I wouldn’t be doing this post if I hadn’t run across an opinion that I think presents an interesting issue the Supreme Court may not (probably won’t) address.

In October 2007, the police departments of Walworth and Rock counties were jointly investigating a series of about thirty-five burglaries along the county border. As part of that investigation, the police received tips regarding a `Robin's egg blue’ or teal `Pontiac Grand Prix or Grand Am’ in the vicinity of several of the burglaries. Eventually, a citizen was able to give a license plate number for the vehicle. The car's license plates had expired in August 2007.

On October 5, . . . the police initiated a traffic stop of a blue Pontiac with the license plate given by the citizen. At the suppression hearing, the police admitted it was a `pretextual stop’ for the purpose of getting a GPS device into the car. Once the car pulled over, police discovered that both of its occupants -- one of whom was [James] Brereton -- had revoked driver's licenses.

In addition, [they] discovered the car's VIN number did not match the plates that were on it. The police removed the occupants from the car and took them to a nearby Dollar Store. Then, the car was towed to an impound lot. After a warrant was obtained authorizing the placement of a GPS tracking device, police opened the hood and installed the GPS. Eventually, the car was returned to where it had been stopped, and its occupants were never notified that it had been moved.

The GPS tracking device was able to monitor the car's whereabouts in real time and send police text message updates. Four days after it was installed, the police obtained the information they needed -- the car was tracked to the site of a reported burglary. Based on the tracking, police were able to stop the car and arrest its occupants, one of whom was Brereton.

Brereton was charged with “several counts of burglary” in violation of Wisconsin law and, after “an unsuccessful motion to suppress,” pled guilty “to some of the charged counts” and apparently reserved his right to appeal the denial of his motion to suppress. State v. Brereton, supra. His appeal seems to have been based solely on arguments that the police’s installation and/or use of the GPS device violated the 4th Amendment.

The Court of Appeals began its analysis of Brereton’s arguments by noting that in an earlier case, State v. Sveum, 319 Wis.2d 498, 769 N.W.2d 53 (2009), it held that “`“no 4th Amendment search or seizure occurs when police attach a GPS device to the outside of a vehicle while it is in a place accessible to the public and use that device to track the vehicle while it is in public view.’” The court noted that the Wisconsin Supreme Court upheld that decision, “so it is binding.” State v. Brereton, supra (citing State v. Sveum, 328 Wis.2d 369, 787 N.W.2d 317 (Wisconsin Supreme Court 2010) [“Sveum II”].

Before we get into Brereton’s arguments, I need to note how the Court of Appeals summarized the facts, and the state supreme court’s holding in Sveum II:

[The court] declined to reach the issue of whether there was a seizure under the 4th Amendment. [when police attached the device to Sveum’s car]. Instead, [it] focused on the legality of the warrant obtained by police to attach a GPS device to the car. . . . [It] was attached to the outside of [Sveum’s] car the car was parked in his driveway.

Before police could obtain information from the device, they had to remove it and download its contents onto a computer. They monitored [Sveum] for thirty-five days in this fashion. The . . . court held that under the circumstances, thirty-five days of monitoring under a single warrant was reasonable.

Brereton pointed out that “instead of GPS placement outside the vehicle and in a public place, the facts here showed a GPS device being placed inside the hood of his vehicle while it was in an impound lot, inaccessible to him and out of public view.” State v. Brereton, supra (emphasis in the original). He therefore argued that his case was not encompassed by the Court of Appeals’ holding in Sveum, i.e., that no 4th Amendment search or seizure occurs when a GPS device is attached to a vehicle in a public place. State v. Brereton, supra.

The Court of Appeals agreed, noting that the 4th Amendment

Brereton’s first argument was that the police erred in stopping him, removing him from his vehicle and “transferring his vehicle to a separate location” because only

probable cause will allow the police to do what they did here. . . . Brereton argues that the police did not have probable cause to believe the vehicle contained evidence of a crime because two days had passed since the most recent reported burglary.

As he points out, to establish probable cause to search, evidence must indicate a “fair probability” that a particular place contains evidence of a crime. . . . He also contends that because vehicles are mobile, it was unreasonable to believe evidence was still in the car after two days had passed.

The Court of Appeals didn’t agree. It held that the police had probable cause because when they stopped the vehicle, they “knew that it matched the description and license plate number of one seen near many recent burglaries”, so “the vehicle itself was evidence in the ongoing investigation of the burglaries, and there was a `fair probability’ it might also contain stolen property.” State v. Brereton, supra.

The court then addressed the issue of “whether the warrant gave the police the authority to install the GPS device and use it to monitor the car's whereabouts in real time.” State v. Brereton, supra. It noted that whether “a search and seizure pursuant to a warrant is constitutionally valid is a two-part inquiry”: the warrant must be “validly issued”; and it must be “ reasonably executed.” State v. Brereton, supra.

Brereton argued that the warrant wasn’t validly issued because he claimed the affidavit used to obtain the warrant “contained information gathered as a result of the `illegal seizure’” of his car, i.e., the argument addressed above. State v. Brereton, supra. The Court of Appeals noted that “as we already explained, the seizure of the car was lawful” which meant there was no problem with the officers using that information to establish “the probable cause for the warrant.” State v. Brereton, supra.

used in this case exceeded the scope of what was allowable under the warrant issued. . . . [T]he warrant was issued based on an affidavit that requested a GPS device that would `periodically record[ ] at specific times, the latitude, longitude, date and time of readings and stores these readings until they are downloaded to a computer.’

The GPS device that was attached to the car, however, allowed continuous live tracking of the car's movements. The police received text message updates when the vehicle began to move and when it stopped. As Brereton points out, the unreasonable execution of an otherwise valid search warrant can run afoul of the constitution.

The Court of Appeals agreed that “the GPS device used in this case was more technologically advanced, and therefore more intrusive than the one described in the affidavit or the one used in Sveum I and II.” State v. Brereton, supra. It noted, though, that “it is `generally left to the discretion of the executing officers to determine the details of how best to proceed with the performance of a search authorized by the warrant-subject of course to the general Fourth Amendment protection “against unreasonable searches and seizures.”’” State v. Brereton, supra (quoting Sveum II).

It therefore held that the police officers were operating

reasonably and within their discretion when they attached a GPS device to Brereton's car. They [obtained a warrant that] authorized them to put a GPS device on the car to monitor the car's whereabouts.

In that case, the court emphasized the level of intrusion involved when the police, without a warrant, attached a GPS device to the defendant's car and monitored his whereabouts `24 hours a day for four weeks.’ [quoting U.S. v. Maynard, supra]. [In] this case, however, we see no reason to find that the police overstepped their bounds simply because they were able to monitor the movements in real time rather than needing to continually return to the car, remove the device, and download its information to a computer.

Though we can envision scenarios where prolonged use of this device might be unreasonable under the Fourth Amendment, we do not believe this case crosses the line.

What about the fact that the police used a “pretextual stop” to stop the car so they could install the GPS device? Would that violate the 4th Amendment?

The short answer is no. As this article explains, in Whren v. U.S., 517 U.S. 806 (1996), the U.S. Supreme Court held that “where police have probable cause to stop traffic offenders, a pretextual motive cannot invalidate the stop”. In other words, if an officer can demonstrate that a “reasonable police officer” would have stopped the vehicle under the conditions that existed at the time, the stop doesn’t violate the 4th Amendment.

The Whren Court held that “[s]ubjective intentions plan no role in ordinary, probable cause 4th Amendment analysis.” Whren v. U.S., supra. As long as the officers can articulate an objectively reasonable basis for initiating a stop that satisfies the 4th Amendment, the fact that is was/may have been pretextual is irrelevant. Here, the vehicle’s license plates had expired over a month earlier, so the officers had an objectively reasonable basis for stopping the vehicle, i.e., to give the driver a ticket.