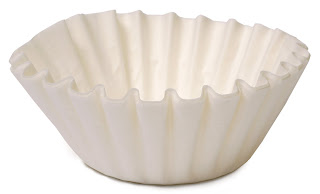 This post is about a decision that involved the attorney-client privilege, emails, and a prosecution for failure to pay child support. Our concern is going to be with issues that arose from the intersection of the e-mails and the privilege.

I don’t know anything about the facts that led to the charge. Neither the opinion we’re going to be dealing with nor an earlier opinion issued by the same court mentions what led up to Taylor’s being charged with violating § 228(a)(3). All I know is that the opinion we’re concerned with mentions that “before indictment, lawyers were appointed for [Taylor] in both Idaho, where he lives, and Maine, where he has been indicted”. U.S. v. Taylor, supra.

We’re not really concerned about why Taylor was indicted for violating § 228(a)(3). Our concern is the execution of a search warrant and the process of sorting through the information the government thereby obtained. U.S. v. Taylor, supra. Here’s what we know about the warrant and its execution:

After indictment, a magistrate judge of this court issued a warrant that authorized a search of all information associated with an identified Microsoft hotmail account of the defendant, and the seizure of all information `that constitutes fruits, evidence and instrumentalities of violations of 18 U.S. Code § 228’ including `[r]ecords relating to business and/or other financial and accounting matters, as well as all records relating to the purchasing and selling of goods and services.’

In response to the warrant, Microsoft provided a `zip drive’ containing messages from the e-mail address. When a government agent began searching the e-mails, he [viewed] only the header information, which revealed the sender, receiver, date, and subject. In this initial review of header information, [he] saw there was e-mail correspondence to or from [Taylor’s] lawyer(s). At that point he stopped his review and contacted the prosecuting AUSA [Assistant U.S. Attorney].

As Wikipedia notes, the attorney-client privilege “is a legal concept that protects certain communications between a client and his . . . attorney and keeps those communications confidential.” And a Department of Justice manual explains that since the execution of certain types of search warrants may result in the government’s encountering “material protected by a legitimate claim of privilege,” it has established guidelines that are to be followed “to ensure that the materials are reviewed for privilege.” U.S. Attorney’s Manual § 9-13.420.

After the agent contacted the “prosecuting AUSA”, the government filed a

Motion for Approval of Government's Search Procedure to Protect Privileged Materials, proposing a `filter agent’ procedure whereby an AUSA uninvolved with the prosecution would review the e-mail materials to cull out any potentially privileged materials before the investigating agent and the prosecuting AUSA received them.

Over [Taylor’s] objection and after making modifications for [Taylor’s] benefit, the magistrate judge entered an order permitting the filter agent procedure. The order identified three categories of materials: privileged, arguably privileged, and unprivileged.

The U.S. Magistrate Judge’s order granted the government’s motion with the following modifications:

1. The government's `filter agent,’ who has not been, and will not be, involved in the prosecution of the instant matter, will review the materials received from Microsoft. S/he will use the `header’ information on the emails to filter out any purporting to be to or from [Taylor’s] current attorney . . . or his previous attorney . . . without reviewing the content of those emails. S/he will review the content of the remaining emails to ensure that no privileged information may be contained within them. S/he shall maintain a log detailing the disposition of each document in question.

3. When the review is completed, the filter agent shall return all materials determined to be privileged to [Taylor] and notify him whether any arguably privileged documents have been determined not to be privileged or to be subject to an exception to . . . the privilege. With respect to those arguably privileged documents, . . . the filter agent and/or filter AUSA shall supply a log describing any such document by date, sender, recipient, and subject matter, sufficient to enable [Taylor] to assess the government's determination. [He] may challenge any such determination by motion filed with the court within 10 days of his receipt of said log.

4. Only those materials not filtered out, and not containing privileged or arguably privileged communications, will be sent to the case agent or the AUSA assigned to this case.

5. No arguably privileged materials shall be sent to . . . the AUSA . . . unless and until (i) [Taylor] fails to object, within 10 days of his receipt of the government's log . . . , or (ii) upon a timely objection by [him], the court rules that the material in question is non-privileged or is subject to an exception. . . .

The filter agent reviewed the materials and (i) found and removed 11 “privileged e-mails”, which were given to Taylor’s lawyer, (ii) found nothing that was arguably privileged and (iii) gave the “remaining unprivileged e-mails . . . to the investigating agent and the” prosecutor handling the case. U.S. v. Taylor, supra. Taylor then moved to suppress “all the seized e-mails and related materials” on the grounds that the procedures did not adequately protect his attorney-client privilege. U.S. v. Taylor, supra.

`is per se inadequate as a matter of law,’ that knowing he already had a lawyer the government should have realized in advance that its search warrant would produce privileged communications and have taken preventive steps accordingly, and that these failures call for suppression of all the material seized.

I have no reason to find that it was inherently negligent for the government to fail to foresee that its seizure of [Taylor’s] e-mails would produce privileged documents simply because he had a lawyer, and I do not conclude that every warrant for an e-mail search must have at the outset a built-in privilege protection procedure, any more than there is such a requirement for every document search. . . . [T]he government behaved reasonably by immediately seeking judicial instructions once its agent noticed that e-mail headers reflected communications between lawyer and client. . . .

[S]ome cases could be read to suggest that at that point the defendant and his lawyer should have been allowed a first look at the e-mails, so as to create a privilege log and then let the government challenge it in court, rather than vice versa as here. But [Taylor] did not propose that procedure . . . and instead simply opposed the government's proposal in toto. The government sought judicial instructions, the magistrate judge modified its proposal, and issued an order on how to proceed. I reject the argument that somehow that was per se an inappropriate way of proceeding.

Finally, Taylor argued that because

U.S. v. Taylor, supra. Again, the judge did not agree:

The record does not support [Taylor’s] assertion that attorney-client information was disclosed to the filter agent. . . . The magistrate judge's order states that the filter agent `will use the “header” information on the e-mails to filter out any e-mails purporting to be either to or from the defendant's current attorney . . . or his previous attorney . . . without reviewing the content of those e-mails. S/he will review the content of the remaining e-mails to ensure that no privileged information may be contained within them.

S/he shall maintain a log detailing the disposition of each document in question.’ There is no suggestion that the filter agent failed to follow these procedures. . . . Thus, as the record stands, not even the filter agent read any privileged communications.

check out this interesting story. Guess in the UK they don't have freedom of speech.